Jofra Archer, who was until recently playing for Rajasthan Royals in the Indian Premier League (IPL), produced an unplayable delivery with searing pace to uproot Mark Adair's off-stump 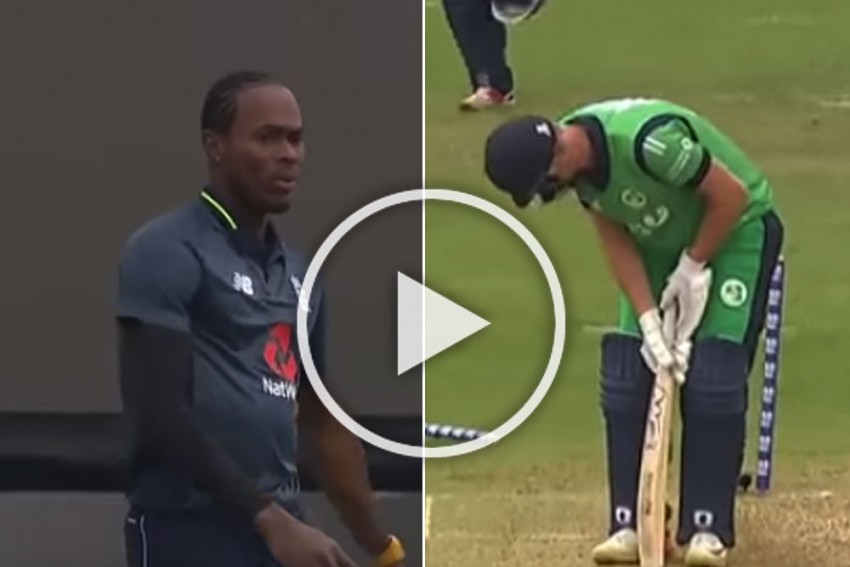 Jofra Archer was called into a senior England squad for the first time last month after qualifying on residency grounds and is a strong candidate to make England's final squad for Cricket World Cup 2019
Composite: YouTube Screengrabs
Outlook Web Bureau May 04, 2019 00:00 IST IRE Vs ENG: After IPL Heroics, Jofra Archer Introduces Himself In International Cricket With 90 MPH Yorker – WATCH 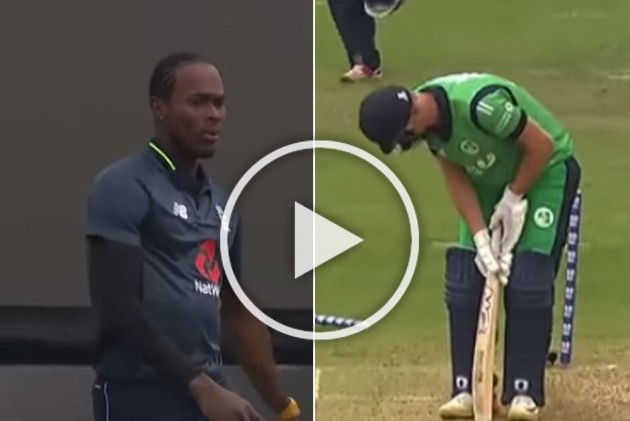 Jofra Archer, the indomitable cricketer from Bridgetown made one of the most-awaited debuts in international cricket when he turned up for England in an ODI against Ireland in Malahide on Friday.

And the 24-year-old Barbadian all-rounder, who was until recently playing for Rajasthan Royals in the cash-rich Indian Premier League (IPL), introduced himself with a 90mph yorker after being hit his first ball for a four.

Archer was called into a senior England squad for the first time last month after qualifying on residency grounds but was not included in the tournament hosts' 15-man provisional squad for the Cricket World Cup 2019.

He, however, is likely to make the squad which will be finalised on May 23. Before that, he will be seen in action in the ODI series at home against Pakistan.

But fellow debutant Ben Foakes hogged the limelight with an unbeaten 61 which helped England recover from a top-order collapse.

England won the match by four wickets. The world's top-ranked side in ODI cricket and the hosts of the 50-over Cricket World Cup starting later this month, collapsed to 66 for five chasing a modest 199 for victory.

They were still in trouble in a match at Malahide reduced to 45 overs per side by a wet outfield when teenage debutant left-arm quick Josh Little took his fourth wicket.

England were now 101 for six against an Ireland side who have not qualified for the World Cup. But wicket-keeper Foakes and Surrey team-mate Tom Curran (47 not out) saw England home with an unbroken stand of 98 as the visitors won with three overs to spare.

Victory in their opening match of the season saw England avoid the embarrassment of a fresh defeat by a side controversially excluded from an upcoming World Cup now reduced to 10 teams following their shock loss away to Scotland last year.

And for Ireland, this result meant they did not enjoy another win over England to set alongside their triumph at the 2011 World Cup.

IPL 2019, KXIP Vs KKR: Who And What Provoked An Outpouring Of Anger From Kolkata Knight Riders Captain Dinesh Karthik?