Chahal, who has been out of form for quite some time, has already been pushed down to the lowest grade of BCCI's central contract after a poor last season. 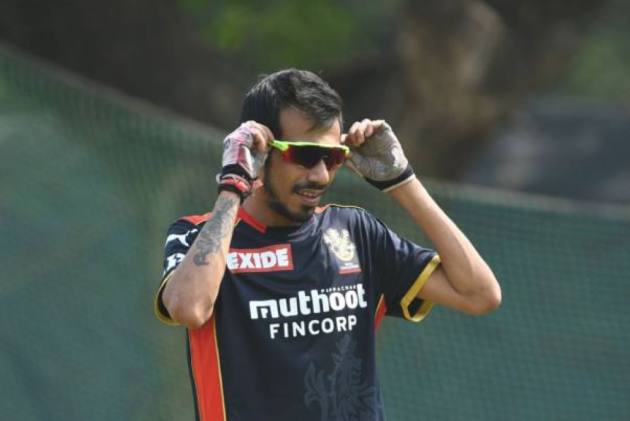 Demoted in the list of central contracts as he is no longer a permanent feature in national team's playing XI, beleaguered leg-spinner Yuzvendra Chahal got the backing of Royal Challengers Bangalore's coach Simon Katich, who said that his place in the side is "not under scanner".  Points Table | Schedule | News

Chahal, who has been out of form for quite some time, has already been pushed down to the lowest grade of BCCI's central contract after a poor last season. With only four wickets in seven games at an economy rate of 8.26, it will be difficult for RCB to persist with him for far too long.

"We won't say his spot is under the scanner," Katich said after Chahal conceded 34 runs in 4 overs on a Motera track where Punjab Kings legs-pinner Ravi Bishnoi picked 2 for 17 and left-arm spinner Harpreet Brar had 3/19, including wickets of Virat Kohli, AB de Villiers and Glenn Maxwell.

Katich reasoned that Punjab spinners got a track which became slower while Chahal's undoing was a bad first over in which Chris Gayle hit him for two sixes.

"Obviously, their spinners bowled a much better length than we did. I guess how the wicket played, it got slower and slower and they assessed it well and bowled a very good length," Katich explained after his side lost to Punjab Kings by 34 runs.

"We were off our lengths a little bit. Yuzi fought back well but got off to a slow start in that first over, it's never easy to play catch up when you have been hit in your first over. I thougt Shahbaz (Ahmed) bowled well in trying to claw things back but in the end but 180 was too many on that wicket," he said.

RCB have now lost two games and both pretty comprehensively while batting second which is a cause of concern with the net run-rate taking a hit.

"Look, net run-rate got a hit today. Punjab played the conditions better. The assessed pretty well with the bat and got to a good total and we lost our way through the middle and probably left our run a little bit too late. So they deserved a win today," the former Australia batsman said.

He was all praise for rival skipper KL Rahul who was unbeaten on 91.

"Obviously, KL Rahul was outstanding, marshalling them to a 180 score which in the end on that track was well over par. The wicket (that was) given was second time used. It was used last night as well," Katich said.

But he is hopeful that things will turn for the better against Kolkata Knight Riders in their next game.

"It was a disappointing day for us but one thing this group is good at is bouncing back. Expect a good showing from us when we play KKR in a couple of days."