IPL 2021: 'You Have Nothing To Worry About,' BCCI Reassures Both Indian And Foreign Players 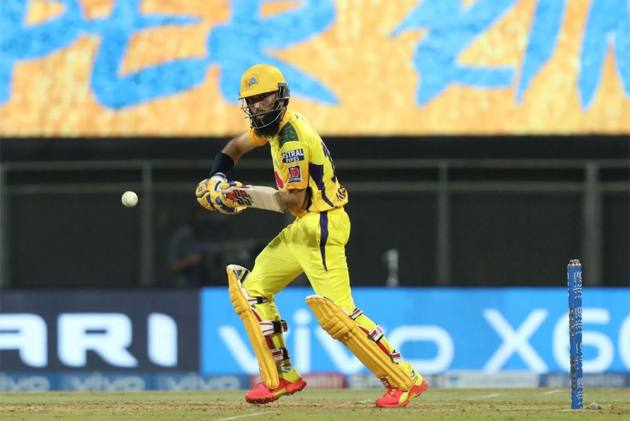 The BCCI stepped in to assuage apprehensions of IPL's foreign recruits, especially Australians, as a second wave of COVID-19 infections battered India, prompting the government Down Under to suspend air travel with the country besides asking players to make their "own arrangements" for return.

The fear of being locked out of their own nation drove the likes of Andrew Tye to take an early flight back to Australia while Kane Richardson and Adam Zampa also exited their franchise Royal Challengers Bangalore's bio-bubble on Monday.

A day later, Australia announced that it was suspending air travel to and from India till May 15 amid the swirling COVID-19 cases. The BCCI wrote to the foreign players telling them that their safe return home will be its responsibility once the tournament ends on May 30.

READ: 'It's Horror Outside The IPL Bubble,' Says Morgan

"We understand that many of you are apprehensive about how you will get back home once the tournament concludes... We want to apprise you that you have nothing to worry about," BCCI COO Hemang Amin said in a letter addressed to the players.

"The BCCI will do everything to ensure that you reach your respective destinations seamlessely. The BCCI is monitoring the situation very closely and is working with the government authorities to make arrangements to get you home once the tournament concludes.

"Be rest assured that the tournament is not over for BCCI till each one of you has reached your home, safe and sound," he added.

Zampa did not quite agree with BCCI's assessment of the IPL's bio-security measures.

"We've been in a few (bubbles) now, and I feel like this is probably the most vulnerable. The IPL that was held in Dubai six months ago didn't feel that way at all," he told the 'Sydney Morning Herald'.

"I felt like that was extremely safe. Personally, I feel like that would have been a better option originally for this IPL but obviously, there's a lot of political stuff that goes into it," he added.

Mumbai Indians' Australian batsman Chris Lynn hoped that Cricket Australia would arrange a chartered flight for those who have stayed back after CA checked on their travel plans.

"I texted back that as Cricket Australia make 10 per cent of every IPL contract was there a chance we could spend that money this year on a charter flight once the tournament is over?" Lynn told News Corp media.

Australian Prime Minister Scott Morrison ruled out any government assistance and said that those in the IPL will have to make their own arrangements for return.

"They have travelled there privately. This wasn't part of an Australian tour. They're under their own resources and they'll be using those resources too, I'm sure, to see them return to Australia in accordance with their own arrangements," Morrison was quoted as saying by 'The Guardian'.

The COVID-19 carnage across India has shaken the country to its core with over 3 lakh fresh daily cases and more than 2,000 daily deaths. Add to this, a crumbling health infrastructure that is also battling a shortage of oxygen and some crucial medicines.

The crisis outside the IPL's bio-bubble has led to some talk about whether it is appropriate for the league to go on and whether its organisers and participating players should be doing more to express empathy.

Amin lauded the players for carrying on and giving some joy amid the gloom.

"When you all walk out onto the field, you are bringing hope to millions of people who have tuned in," he said.

"While you are professionals and will play to win, this time you are also playing for something much more important," he added.

As of now, the IPL still has 14 Australian players, including big names like Steve Smith (Delhi Capitals), David Warner (SunRisers Hyderabad) and Cummins.

Ricky Ponting (DC) and Simon Katich (Royal Challengers Bangalore) are among the high-profile Australian coaches, while iconic former players such as Matthew Hayden, Brett Lee and Lisa Sthalekar are part of the tournament's commentary team.

The eight-team event is being played in front of empty stands across six venues and has even barred food from outside the designated team hotels in its latest diktats to strengthen the bio-bubble.

No concerns have so far been publicly expressed by the IPL's top England and New Zealand players even though their cricket boards have issued statements that they are constantly monitoring the situation.