Having won both their matches so far, Royal Challengers Bangalore are the pacesetters in IPL 2021. Kolkata Knight Riders have won one and lost another 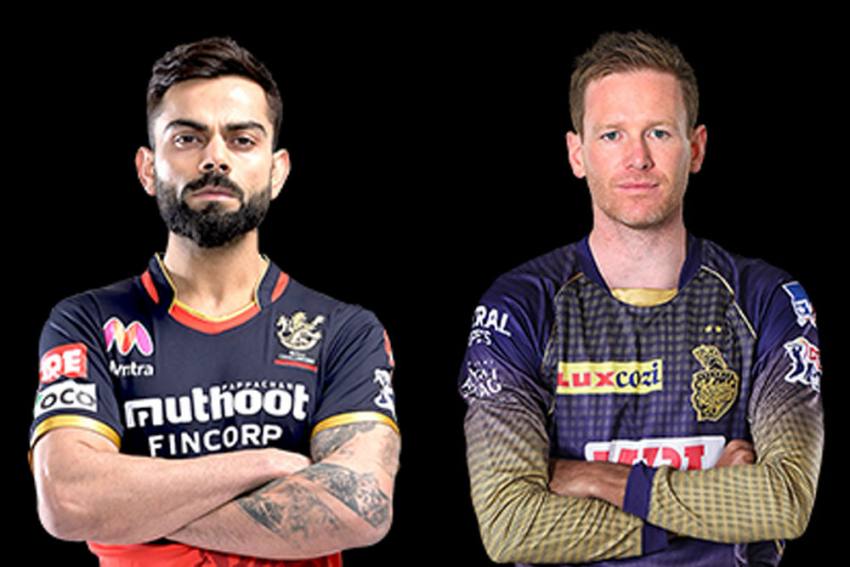 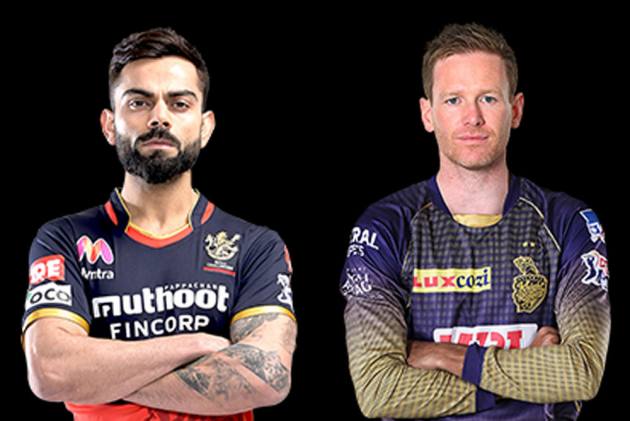 The misfiring Kolkata Knight Riders will look to bring their campaign back on track when they take on table-toppers Royal Challengers Bangalore in the IPL in Chennai on Sunday.

In the battle between the world's two best white-ball captains, Eoin Morgan and Virat Kohli, the Bengaluru franchise will hold a slight edge over Kolkata after its two wins from as many outings.

Known for his tactical nous and man-management skills, the World Cup-winning English skipper will be keen to bring KKR back on track after a familiar middle-order collapse cost them the game against Mumbai Indians.

After two ordinary seasons, the purple brigade started its campaign in an emphatic fashion, ticking all the boxes against Sunrisers Hyderabad.

But against their nemesis MI, KKR middle-order collapsed in an inexplicable fashion to suffer their 12th loss from 13 matches.

Morgan's astute captaincy in using his bowling resources was the highlight as KKR had bowled out MI for a modest 152.

In his new role of bowling at the death, Andre Russell has taken six wickets at an impressive average of 7.83, but has failed to deliver with the bat.

With 14 runs from two matches, the big-hitting Jamaican has looked a shadow of his past.

Vice-captain Dinesh Karthik, too, will be under pressure to deliver after his painstaking stay in the middle in the last game.

While Nitish Rana has impressed the most in batting, their star opener Shubman Gill has faltered after impressive starts, and KKR would hope the youngster fires in the coming days.

On a slow Chepauk deck where batting at the death has been a concern, KKR's bowling has been a revelation with Morgan cleverly using his resources.

Against the star-studded RCB who are yet to fire in unison this season, KKR's bowling would once again look to make an impact.

It would not be a bad idea to bring in left arm wrist spinner Kuldeep Yadav in place of veteran Indian off-spinner Harbhajan Singh, who has bowled just the opening over in each of the two matches.

Boasting a famed batting line-up in Kohli, AB de Villiers, Glenn Maxwell and the talented youngster Devdutt Padikkal, RCB are yet to perform to their full potential.

But it did not matter much as RCB have won both their matches with new signing Maxwell holding fort in the middle and the likes of Shahbaz Ahmed and Harshal Patel making the difference in bowling.

Bought for Rs 14.25 crore in the 2021 auction, Maxwell has bounced back from a poor last season in the UAE.

On a difficult batting wicket, Maxwell's 59 -- his first IPL half-century since 2016 -- was the cornerstone before Bengal left-arm spinner Shahbaz turned it around against SRH in the 17th over, taking three wickets for one run.

In their first match, Harshal Patel's five-for set it up before de Villiers' 48 sealed a two-wicket win over defending champions MI.

Kohli will be keen that his star-studded batting fires in unison against KKR.