Though Mumbai Indians are known to defend low totals, Punjab Kings were clinical in the run chase and won the 17th match of IPL 2021 with relative ease 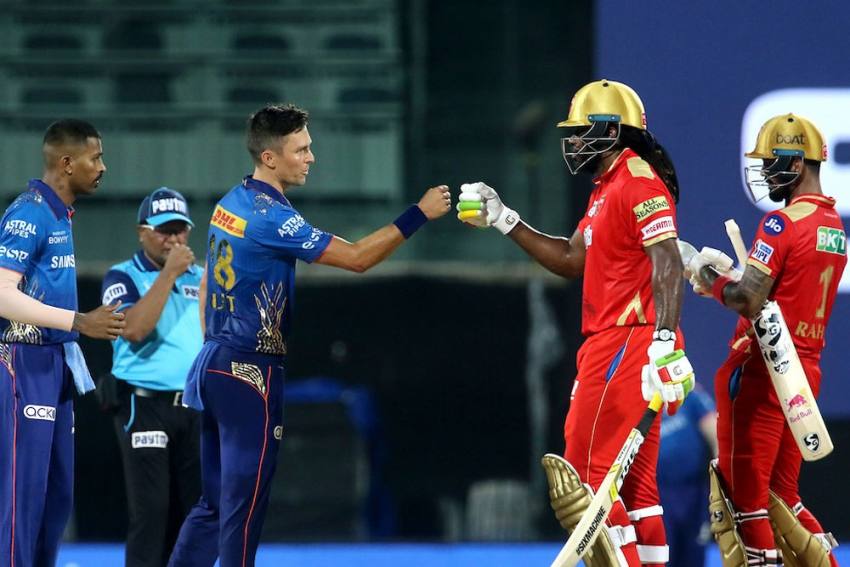 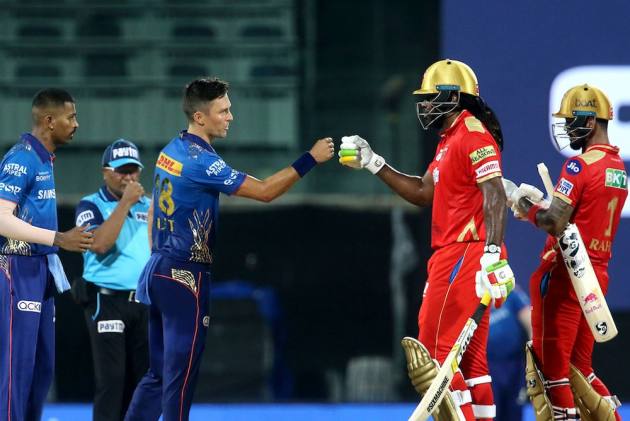 Though Mumbai are known to defend low totals, Punjab were clinical in the run chase and got the job done in 17.4 overs.

The win was Punjab's second in five games while Mumbai suffered their third loss in five matches.

Mumbai were able to claw their way back into the game after Agarwal's dismissal but a flying start allowed Rahul and Gayle to take their time in the middle overs before romping home. The duo shared an unbeaten 79-run partnership.

Rahul began by hitting Krunal Pandya for a couple of boundaries and played the anchor's role to perfection. Gayle's knock, comprising five fours and two sixes, was equally important in the context of the run chase.

Rahul fittingly finished the game with a straight six and a four towards third man off Trent Boult.

Earlier, Mumbai struggled to 21 for one in the first six overs, the lowest powerplay score this season after being put in to bat.

A 79-run stand between Rohit and Suryakumar Yadav (33 off 27) steadied the ship for the five-time champions but they could not find the final flourish, managing only 34 runs in the last five overs for the loss of four wickets.

As has been the case so far at Chepauk, batsmen found it extremely difficult to get going early in the innings on a slow pitch.

Quinton de Kock perished as early as the second over after he mistimed one off spinner Deepak Hooda to be caught at mid-on.

Ishan Kishan (6 off 17) came ahead of Suryakumar at number three but the southpaw struggled once again before being caught behind in Bishnoi's first over, making it 26 for two in seven overs.

Rohit, at the other end, managed to keep the scoreboard ticking. Left-arm spinner Fabian Allen bowled a high full toss to Rohit in the 10th over and he duly dispatched it over the cow corner for a six to release some pressure.

After Suryakumar joined Rohit in the middle, batting suddenly started looking much easier. A well-set Rohit started playing the ball late and was good with finding the gaps.

Suryakumar, at the other end, got into the groove with a four and six off left-arm pacer Arshdeep. Their partnership ended after Suryakumar failed to execute a reverse sweep to be caught at short third man off Bishnoi's bowling, leaving Mumbai at 105 for three with 23 balls left in the innings.

Some much-needed lusty blows were expected from the likes of Hardik Pandya and Kieron Pollard in the death overs but Punjab were able to keep them quiet.