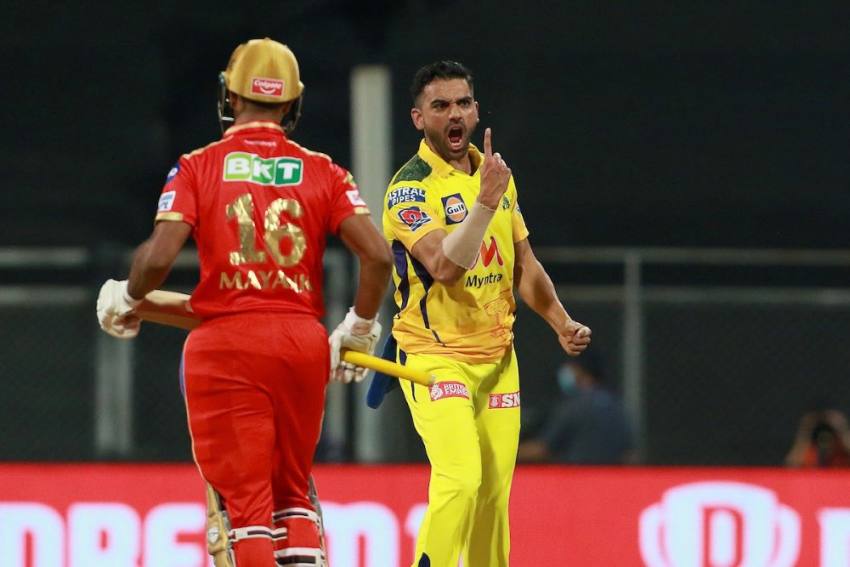 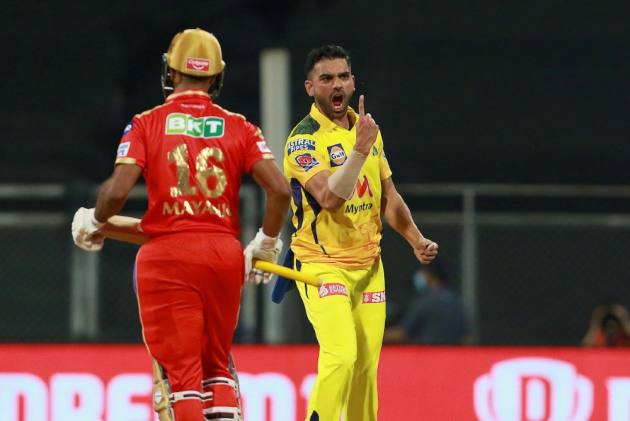 Making his 50th appearance in the competition, Chahar helped ensure Punjab's innings never got going as they were restricted to 106-8.

He finished with 4-13 from four overs, including one maiden, Punjab never getting to grips with a challenging surface in Mumbai.

Faf du Plessis (36 not out) and Moeen Ali (46) combined for 66 to help CSK ease to their target with 26 balls to spare, winning by six wickets.

Mayank Agarwal went for a two-ball duck to Chahar in the opening over, misjudging a wondrous delivery that pinged the top off-stump.

A direct hit from Ravindra Jadeja saw KL Rahul run out before the West Indian pair of Chris Gayle (10) and Nicholas Pooran (0) each fell to Chahar before the end of the powerplay.

Deepak Hooda tamely chipped to mid-off for Chahar's fourth wicket, leaving Punjab on 26-5 in the seventh over.

Shahrukh Khan's 36-ball 47, which included two sixes, at least made sure Punjab had something to defend, but a lack of support from the lower order meant the target was always one well within CSK's grasp.

Moeen and Du Plessis extinguished any hopes of Punjab claiming an unlikely win, their second-wicket stand allowing the Super Kings to coast to victory despite a 15th-over blitz from Mohammed Shami that saw Suresh Raina and Ambati Rayudu dismissed.

Chahar let out a huge roar when he castled Agarwal and he had every right to do so after producing a delivery that nipped away from middle stump to deceive the opener.

The subsequent dismissals owed more to a fine catch from Jadeja to get rid of Gayle and batting errors from Pooran and Hooda, but nothing should be taken away from Chahar after he tilted the game firmly in CSK's favour.

Moeen and Du Plessis showed Punjab how to bat on the surface with an excellent partnership, the England all-rounder's 46 coming off 31 deliveries, his strike rate of 148.38 the best in the contest.

He recorded seven fours and one maximum, with Du Plessis' sole six coming off a scoop shot in the fourth over. The South African was still in at the end when Sam Curran wrapped things up after a brief wobble.