IPL 2021: Clinical KKR Hope To Get It Right Against Nemesis MI

Despite showing good form Kolkata Knight Riders have won just once in their last 12 games against defending champions Mumbai Indians, and have an overall lopsided 6-21 head-to-head record. 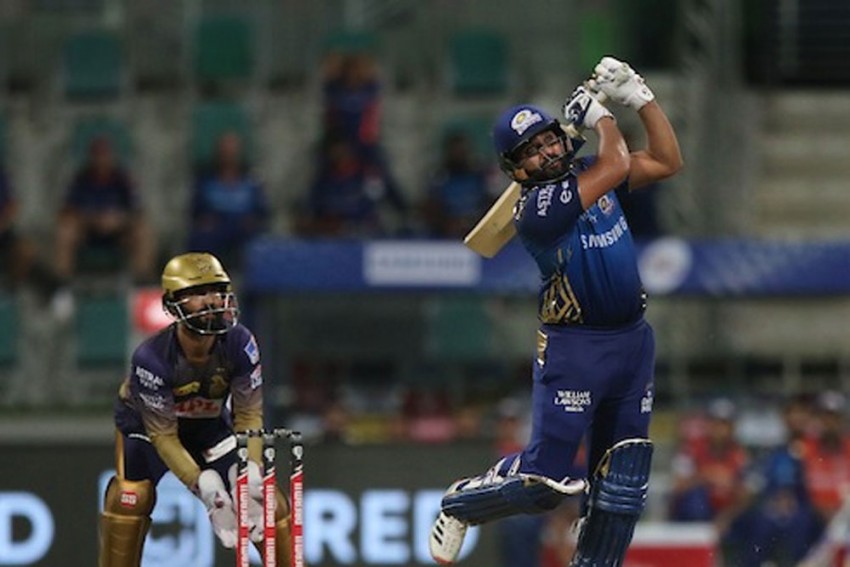 Having missed the last two playoffs, KKR looked a completely different unit, in the manner in which they defeated SRH by 10 runs in their IPL opener here on Sunday.

Be it the aggression shown by the top-order or the explosive finish by Dinesh Karthik, KKR's displayed a fearless approach under skipper Eoin Morgan.

Morgan's intent was evident right at the toss when he chose to leave out their most-trusted lieutenant, Sunil Narine.

The left-right opening combination of Nitish Rana and Shubman Gill started to attack right from the first ball, clearly indicating that the new approach had Morgan's success mantra written all over it.

Boasting of a solid middle-order in Andre Russell, Karthik and Morgan, 2020 was a season of promise for KKR but some rudderless planning did not help their cause.

This time KKR have further bolstered their middle-order by adding Bangladesh superstar Shakib Al Hasan, while Morgan, in his full season as skipper, gives a new dimension to the side.

Rana's deft wrist work and brute power was on full display on Sunday and it ensured that they stayed ahead despite Rashid Khan's twin blows in the form of Gill and Russell.

After Rana's 56-ball 80, it was underfire Karthik who hit an unbeaten 22-run cameo from nine balls to propel KKR to a winning total of 187 for 6.

And KKR would look to come out all guns blazing against the five-time champions on Tuesday. They have won just once in their last 12 games against MI, and have an overall lopsided 6-21 head-to-head record.

But eventually it will all boil down to battle of wits between Morgan and Rohit Sharma, under whose captaincy MI has won a record fifth IPL title last season in UAE.

MI will pose real challenge for KKR as the title hoders would be desperate to secure their first win of the season after their two-wicket loss to Royal Challengers Bangalore in the IPL opener on Friday.

KRR found it easy against SRH bowlers, which lacked firepower but in Jasprit Bumrah and Trent Boult, MI attack will be a completely different proposition.

Gill's struggle to bat at T20 pace has been a concern for KKR and it will be interesting to see the young opener's approach against the finest in the business.

Often known as slow starters, MI lost the other day due to individual brilliance of RCB's Harshal Patel and AB de Villiers on a two-paced wicket here.

In his debut match for MI, Chris Lynn was their top-scorer, albeit with some stroke of luck as he survived some edges and mishits.

If Quinton de Kock is still in quarantine, MI may have to persist with Lynn at the top, otherwise they may go back to their preferred left-right opening combination of Rohit and de Kock.

MI's explosive middle-order consisting Suryakumar Yadav, Ishan Kishan and the Pandya brothers -- Hardik and Krunal -- also failed to fire to be restricted to 159 for nine.