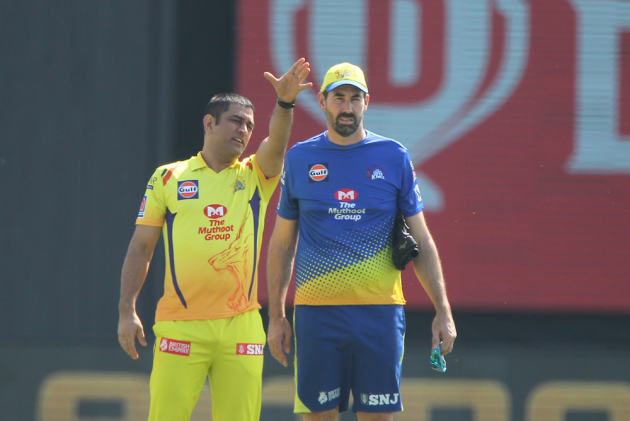 It is abundantly clear that there will be no place for the likes of Suresh Raina and Harbhajan Singh, once Dhoni's closest aides and teammates for long in the Indian cricket team.

With the emergence of youngsters like Ruturaj Gaikwad, Dhoni and Fleming will be scouting for fresh players and there is no dearth of talent in India.

Srinivasan, CSK's team owner, has tremendous faith in Dhoni. After Raina left the CSK camp in UAE, the former BCCI boss had told Outlook that "Dhoni was unfazed and completely in control of the situation." 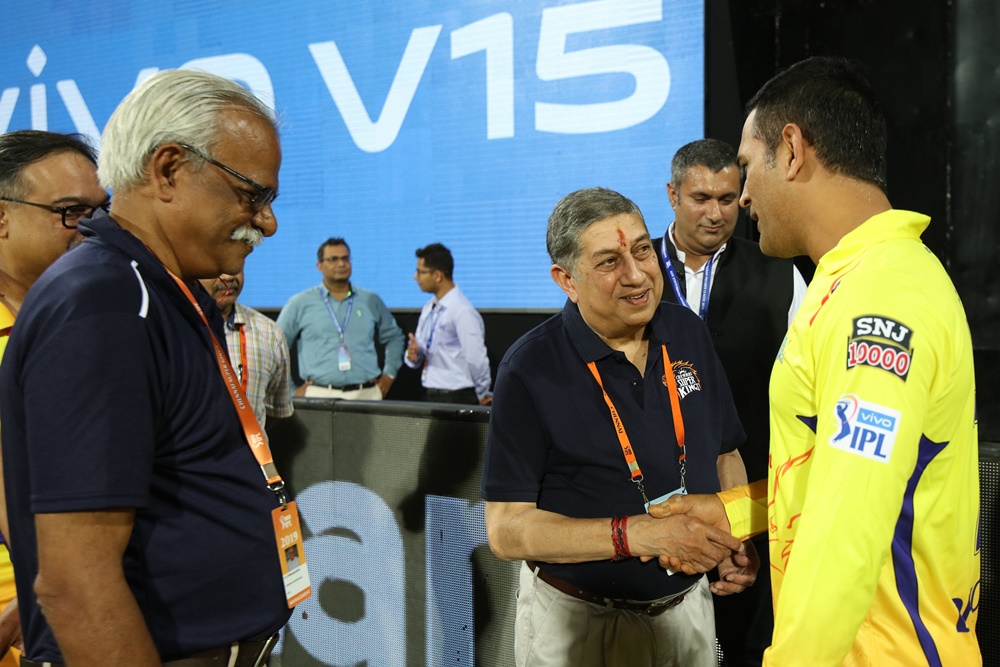 MS Dhoni has the trust of CSK owner N. Srinivasan. Dhoni has been with Chennai since 2008. Photo: BCCI
"It is fantastic to have a captain like MS Dhoni. He called me to say that there is nothing to worry about and I could concentrate on my cement business," Srinivasan said. The septuagenarian Srinivasan compared Raina to a temperamental actress but later retracted by calling the player part of his "family."  Raina called Srinivasan "like his father."

It is unlikely this 'father-son' equation will work going forward.

Emotions can never work in team-building as Dhoni would have found out. By trusting non-performing players like Kedar Jadhav, the concept of "process" certainly did not work.

"We had some challenges around the balance of the side. We have some setbacks, players leaving and COVID and we struggled really to find a combination suiting the conditions," Fleming said on Sunday.

"At the start, we played our first three games in each of the venues. We did well in the first game but then got exposed in a couple of games.

"We felt we had holes in the team and then it's all about trying to fill those spots. It just didn't quite click. The start of the tournament was incredibly frustrating," Fleming said.

"We were in trouble without our Indian batters and we had to fill those gaps with international players." Ruturaj Gaikwad emerged as a solid option at Number 3 for CSK, a position that was left vacant after Suresh Raina left the tournament. Photo: BCCI

Fleming was full of praise for Ruturaj Gaikwad and described the young right-hander as the next big thing for CSK as well as Indian cricket.

"He (Gaikwad) is a big story. We couldn't play him earlier, the COVID really knocked him around. We knew how good he was. One of the disappointment was that he was sick and the fact he hung around for so long," he said.

A former New Zealand Test captain, Fleming said he was delighted with the way CSK played in the second half of the league despite knowing that they are out of the play-offs reckoning.

"We stuck together really well and one of the focus was we keep getting better. We are lot more settled now and that's the reflection of our last three games.

"Obviously, the pressure had changed as well. When you are out of the tournament it changes the mental aspect of the side. We played with a bit of freedom and played how we can play," he said.