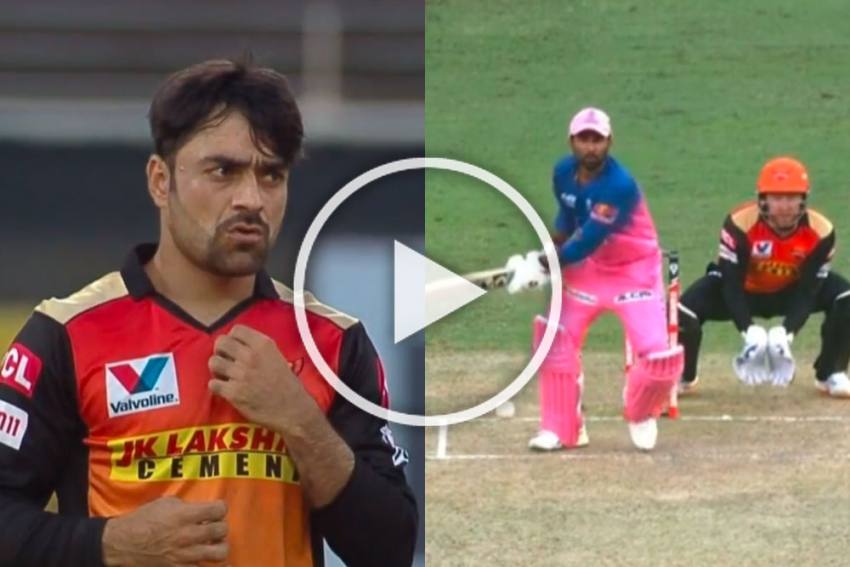 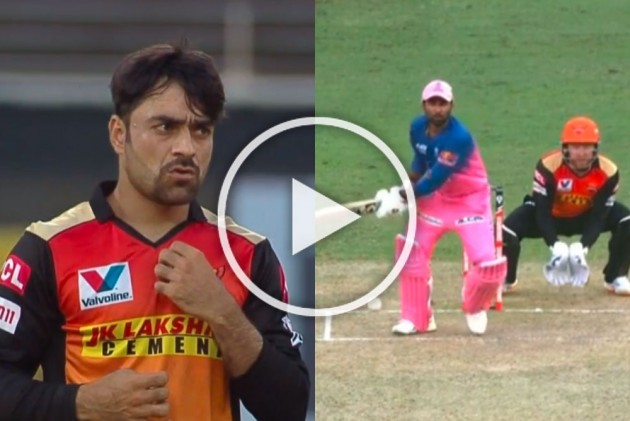 Rajasthan Royals returned to winning ways in the Indian Premier League, producing a stunning late onslaught to down the Sunrisers Hyderabad by five wickets in Dubai.

The Royals appeared in danger of suffering a fifth straight loss when, replying to Hyderabad's total of 158-4, they were left needing 54 from the final four overs in their run chase.

However, Rahul Tewatia and Riyan Parag combined to see their team home with a delivery to spare, the latter sealing victory with a towering six over cover.

Tewatia, though, had crucially gone after Hyderabad's key bowler in Rashid Khan, the leg-spinner's final over - the 18th of the innings - leaking 14, as he smashed 45 off 28 deliveries.

Parag finished up unbeaten on 42 from 26 as an unbroken stand worth 85 covered for the failures of the big names at the top of the order, including the returning Ben Stokes.

The England all-rounder had earlier sent down just a solitary over as the Sunrisers set a competitive target thanks to contributions from captain David Warner (48) and Manish Pandey, who made 54.

STOKES BACK, BUT ARCHER HITS THE SPOT

It was a low-key comeback to cricket for Stokes. Having not played since August for family reasons, he made six from five balls as an opener for the Royals when batting alongside Jos Buttler (16).

Instead, it was Jofra Archer who was the top-performing England player in action. He bowled a seriously quick over up front to international team-mate Jonny Bairstow, then returned later in the innings to emphatically clean up Warner as the Sunrisers skipper looked to cut loose.

It seemed the Sunrisers were set to prevail having knocked over the Royals' top order cheaply, including running out Steve Smith for five.

Yet Tewatia had other ideas, particularly when it came the pivotal over from Rashid. Having gone for just 12 from his previous three, the Afghanistan bowler was the subject of two outrageous reverse sweeps, both of which went to the boundary.