Shane Watson is an important member of three-time IPL champions, CSK which have been left depleted after the pull outs of senior players Suresh Raina and Harbhajan Singh 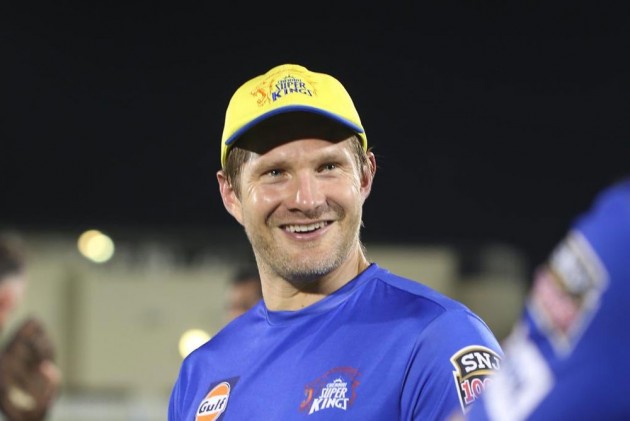 Former Australian all-rounder Shane Watson on Saturday said it won't take long to regain touch despite a bit of rustiness as he hit the nets with his Chennai Super Kings (CSK) teammates ahead of the 13th Indian Premier League (IPL) beginning on September 19. (More Cricket News)

Rocked by a series of COVID-19 cases, Chennai Super Kings led by Mahendra Singh Dhoni could finally start training on Friday after clearing a third round of testing for the virus.

"How exciting it was to be back with all of my @ChennaiIPLmates for our first training session!!! It was so much fun. There was a little rust that will not take long to go," Watson wrote on his twitter handle.

The 39-year-old, who was bought by CSK ahead of the 2018 IPL, has scored 953 runs in 32 matches for the franchise in the last two years, besides capturing six wickets.

His highest score was 117 not out in the finals of the 2018 edition against SunRisers Hyderabad.

Watson is an important member of the CSK team which has been left depleted after the pull out of senior players Suresh Raina and Harbhajan Singh.

CSK was forced to delay its training plan after completing the six-day quarantine after Deepak Chahar and Ruturaj Gaikwad tested positive last week along with 11 members of the contingent.

The 13th IPL is scheduled be held from September 19 to November 10 across three venues — Dubai, Abu Dhabi, and Sharjah.