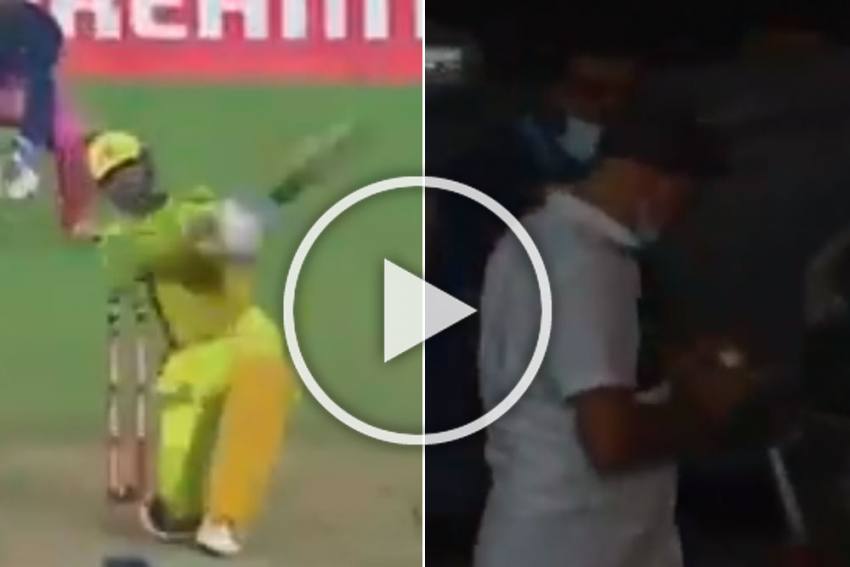 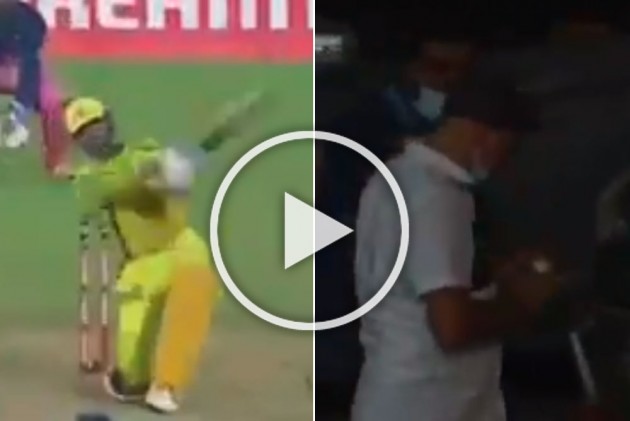 Chasing a mammoth target of 217, CSK kept themselves in the hunt till the end with Faf du Plessis playing a majestic knock. Then, Dhoni hit Tom Curran for three successive sixes off the last three balls of the match.

One of those sixes sailed over the Sharjah Cricket Stadium canopy and landed on the street. Then, a lucky resident picked the ball and owned it for special memorabilia.

Earlier, Dhoni won the toss and asked Royals to bat first. Royals then scored 216/7 with the help of 17 sixes, with Sanju Samson and Steve Smith hitting nine and four maximums respectively.

The match witnessed 33 sixes, which a joint-record for most in an IPL match. CSK were also involved in the other match, against  Royal Challengers Bangalore at Bengaluru in 2018.