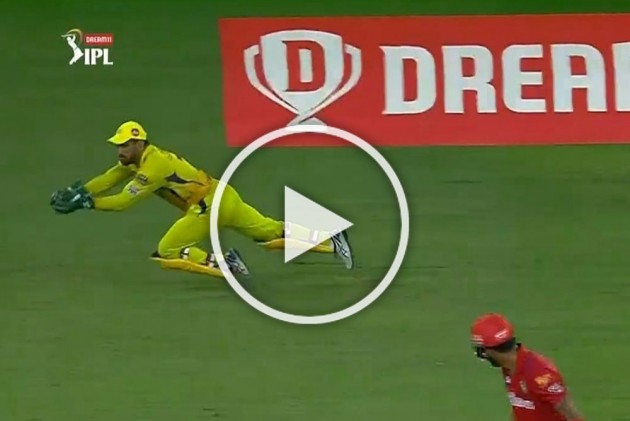 Dhoni, 39, reached the landmark by taking a brilliant catch in the 18th over. Shardul Thakur, who just dismissed Nicholas Pooran, produced a widish delivery forcing an outside edge of KXIP captain KL Rahul. Dhoni completed to ritual with a diving catch to his right.

Dhoni however leads the dismissals with 139, six more than Karthik.

Rahul won the toss and opted to bat first against struggling Chennai. The skipper and Mayank Agarwal added 61 runs for the first wicket in 8.1 overs, then Pooran played a blinder, hitting 33 off 17 balls.

But three-time champions somehow pulled back and restricted KXIP to 178/4.