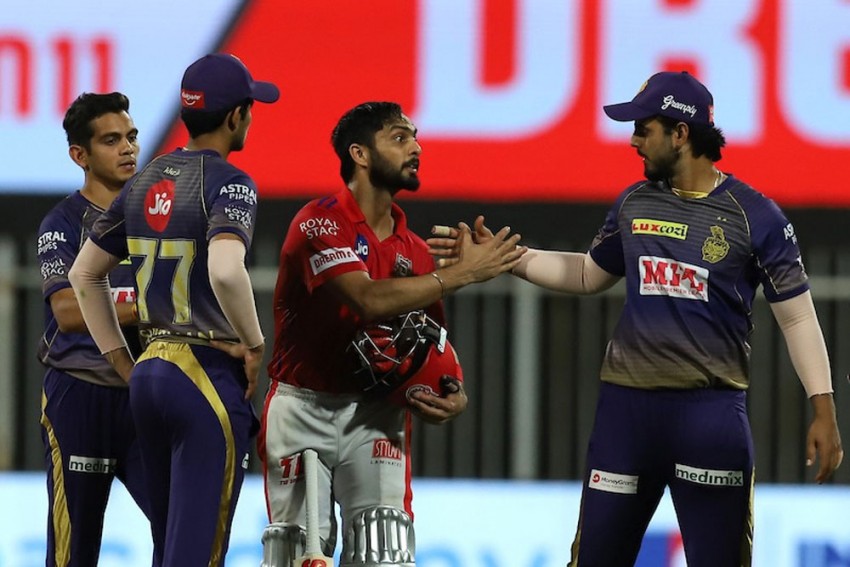 Kings Xi Punjab captain KL Rahul was all praise for his teammate Mandeep Singh, who battled personal grief to play a match-winning knock of unbeaten 66 against Kolkata Knight Riders in the Indian Premier League (IPL) 2020 on Monday.

Mandeep lost his father a couple of days back and he attended his funeral through video call.

"With the bubble, you don't have your closed ones. The way he (Mandeep) played, it makes everyone emotional," said Rahul, terming it as "complete team performance".

"When you have Anil Kumble as the coach, it's not surprising that we have two leg-spinners. Complete team effort, a lot of credit has to go to the coaches."

KKR skipper Eoin Morgan said that he was disappointed that there wasn't too many partnerships during their innings save the one between him and Shubman Gill.

"Disappointed with the partnerships, thought we could have scored more (runs). When we were three down, we wanted a partnership going," Morgan said.

"Around 180-190 would have been a good score, but we kept losing wickets. That's one of the challenges this year, going from ground to ground," the KKR skipper added.