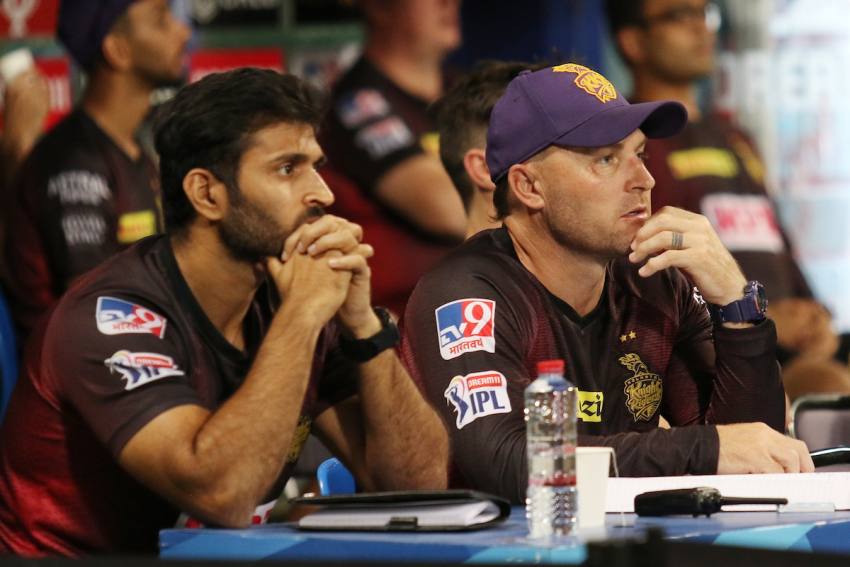 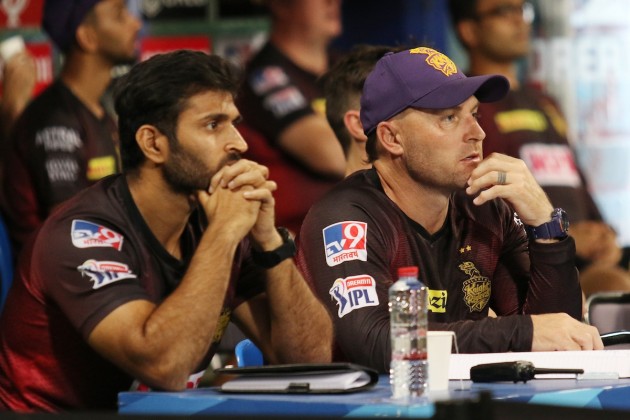 Kolkata Knight Riders had a humiliating night wherein they created an unwanted record of scoring their second lowest total 84 got 8. As the Eoin Morgan-led side saw Royal Challengers Bangalore canter to comprehensive win in just 13.3 overs, KKR coach Brendon McCullum and skipper were disappointed by the teams lack of fight and a timid surrender. (RCB VS KKR HIGHLIGHTS | POINTS TABLE)

Former New Zealand skipper Brendan McCullum said that the team’s destiny is in their own hand and can still make it to playoffs.

"This (loss) is going to affect a little bit in terms of our confidence. We need to work hard on ensuring our morale doesn't drop at the same time having those honest conversations around how we improve," McCullum said after the eight-wicket loss to RCB on Wednesday night.

"Destiny is still very much in our hands. We have just got to tighten up some of those areas where we're deficient tonight and make sure we improve on our performance," he said.
Opting to bat first backfired for KKR as Mohammed Siraj snared three wickets in a devasting new-ball spell. Siraj created history in IPL by bowling two maiden overs as he snared Rahul Tripathi (1), Nitish Rana (0) and Tom Banton (10) to virtually kill the contest in the first four overs.

McCullum admitted that they were not good enough and lacked intent in the lop-sided contest against RCB.

"...I didn't think there was a lot in the wicket. Siraj obviously bowled well and (Chris) Morris at times also. But if anything, we were just a little timid in our approach," the former New Zealand captain said, adding, “That's just a bit frustrating because we spoke at length before the game about trying to be positive and show some strong intent, so that's something we'll have to address in the next few days."

Skipper Eoin Morgan said, "RCB bowled well, but we should have countered that better. And with that dew, we probably should have bowled first."

Morgan also hoped that Andre Russell and Sunil Narine ‘will be fit and available around the corner’.  "Two guys of that calibre, particularly when they are all-rounders, is a big hole.

Hopefully they will be available down the line." KKR have four matches left to secure a play-off spot and next face Delhi Capitals here on Saturday.