Defending 161, RCB needed a very good start with the ball and Dale Styen provided it by sending back Shane Watson and Suresh Raina in successive deliveries. 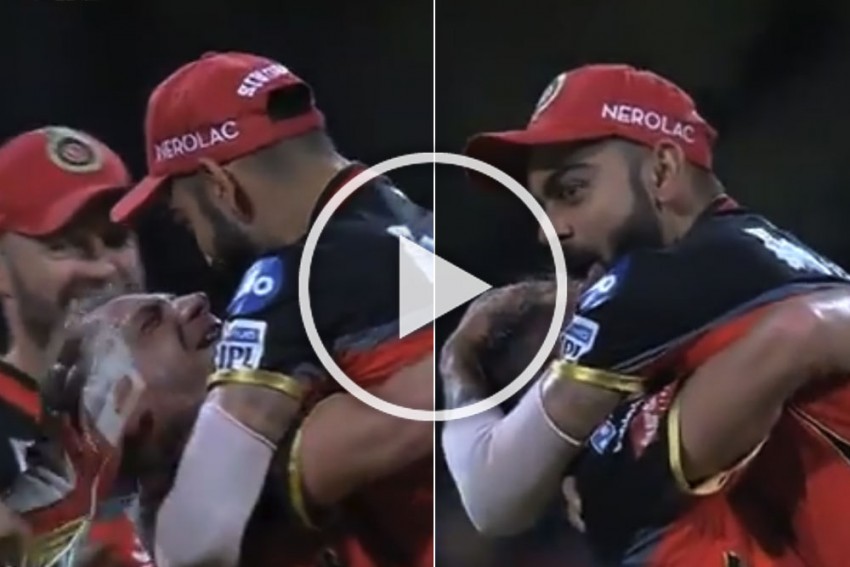 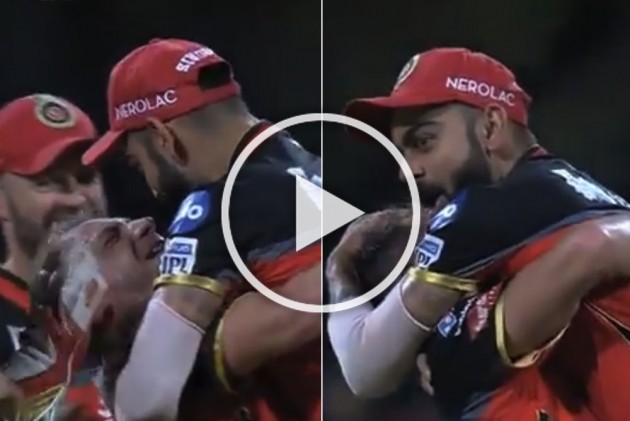 Emotions were high with players from both sides bidding to outdo each other in one of the most anticipated matches of the season. But a celebration stood out from the rest thanks to the sheer joy Dale Steyn brought into the RCB camp after his two-wicket first over.

Defending 161, RCB needed a very good start with the ball and the legendary South African provided it by sending back Shane Watson and Suresh Raina in successive deliveries.

After taking one of the wickets, Steyn celebrated with Kohli by bear hugging the skipper. But unknowingly he put Kohli in an awkward situation. Kohli's expressions said it all.

Chasing a target of 162, CSK needed a near-impossible 26 off the last over bowled by Umesh Yadav and MS Dhoni showed that nothing is indeed impossible until the Cricketing Gods intervened.