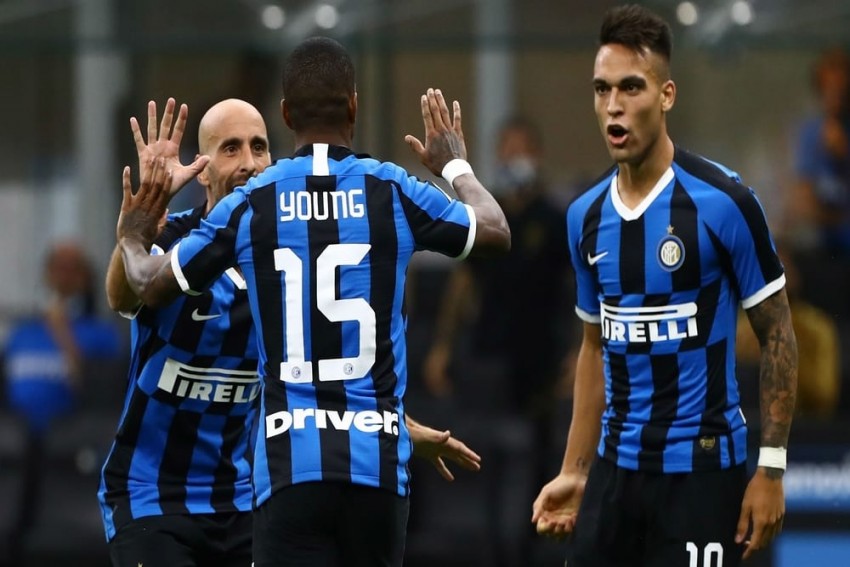 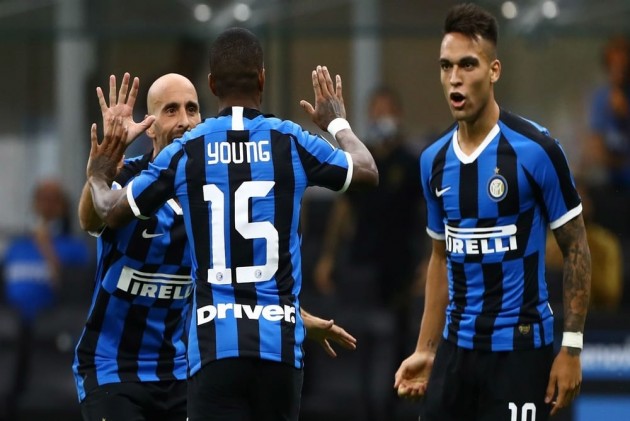 Inter scored three goals in 13 second-half minutes to recover from Samir Handanovic's howler and beat Torino 3-1 in Serie A.

Antonio Conte's men have seen their title bid derailed following a home defeat to Bologna and a draw with Hellas Verona and they were behind in the 17th minute of Monday's clash after Handanovic fumbled a corner at Andrea Belotti's feet.

However, Inter took command after the second-half restart, Ashley Young restoring parity before Diego Godin gave them the lead.

Lautaro Martinez effectively made sure of the points in the 61st minute, moving them above Atalanta and Lazio and into second place, eight points behind a Juventus side looking destined for a ninth consecutive title.

Strong pressing from Roberto Gagliardini presented Martinez with the chance to level matters but Salvatore Sirigu thwarted the Argentine, with Handanovic then forced into a near-post save at the other end by Cristian Ansaldi.

Torino's lasted just three minutes into the second half, Young rifling home on the volley after Martinez headed Marcelo Brozovic's ball back into his path.

Young was to the fore again three minutes later as Inter completed the turnaround, his delivery following a short corner headed back by Alexis Sanchez and steered beyond Sirigu by Godin.

18 - With Diego #Godín' goal, #Inter have now 18 goalscorers in Serie A this season: a joint record for the Nerazzurri in a single top-flight campaign (level with 2007/08). Solutions.#InterTorino pic.twitter.com/ynjYV5KGyt

Sanchez played an instrumental role in making it 3-1 just after the hour as he won possession on the left flank and drove forward before laying the ball off to Martinez, whose deflected drive wrongfooted Sirigu and looped into the net.

Belotti then struck the crossbar with a header before Sirigu had to punch away a curling effort from Sanchez.

Antonio Candreva slid an effort wide with Inter players queueing up in the box and Sirigu was almost left red-faced as he had to scramble to stop the ball rolling over the line after Martinez blocked his clearance.

What does it mean? Conte's men show character

After letting leads slip against Bologna and Verona, Conte will no doubt be pleased with the character his team showed in fighting back from a deficit in the second half, even if it is unlikely to change the destination of the Scudetto.

Finding form in the final weeks of the domestic season will be key for Inter, who have a return to Europa League action to think about next month. Relegation-threatened Torino are still just five points above the bottom three.

Former Manchester United man Young and Sanchez, on loan from the Premier League club, were key to the turnaround, with each playing a hand in two goals and the latter displaying form that has been all too infrequent in his time with his parent club.

While Handanovic endured a moment to forget, Sirigu was also fortunate not to commit an error worthy of the blooper reel.

Inter visit bottom club SPAL on Thursday, when Torino host fourth-bottom Genoa in a massive game at the wrong end of the table.