Gurjit Kaur (9', 35') scored a brace to secure India's win in their opening match of the competition, as India edged past Japan in the Olympic Test Event. 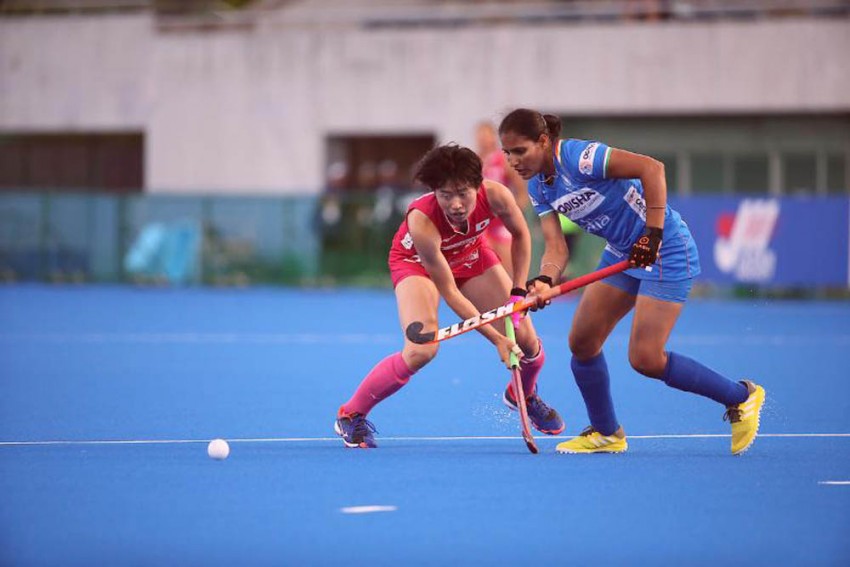 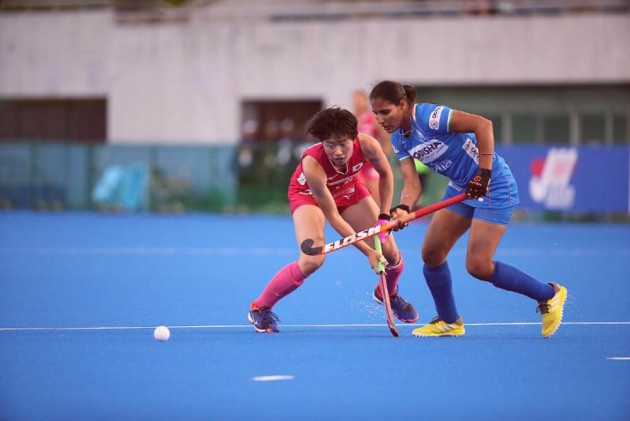 The Indian national women's hockey team began their Olympic Test Event campaign with a resilient 2-1 victory over Japan at the Oi Hockey Stadium in Tokyo on August 17.

India took an early lead via penalty corner specialist Gurjit Kaur in the 9th-minute, but Japan equalized in the 16th-minute with Aki Mitsuhashi scored a field goal. It was Kaur again, who found the winner in the 35th-minute after converting another penalty corner.

The visitors started the match well with aggressive intent, and had a few opportunities in the opening ten minutes. It was in the 9th minute that the World No. 10 team found themselves on the front-foot, and ended up winning a Penalty Corner. The resulting drag-flick from Gurjit Kaur was struck beautifully, and beat the Japanese Goalkeeper Megumi Kageyama to give India an early lead. Both the teams playing with 16 players in accordance to the Olympic Games guidelines, made swift and timely substitutions throughout the match, and it was in the 16th minute that Japan's substitution worked for them as Aki Mitsuhashi finished off a great team goal to equalize the scores. The 29-year-old Japanese combined well with her teammates, and scored to make it a good watch for the spectators.

With majority of the attacks coming from the Indian team, the Japanese sat back and looked to attack on the counter. The teams have played each other frequently in the past couple of years, which showed on the field as they understood each other's tactics well, and it meant that the teams went into the half-time break level at 1-1.

The third quarter saw India dominate in the initial few minutes, and winning themselves another Penalty Corner in the 35th minute. A moment of magic from Gurjit Kaur saw India regain their one-goal advantage as the 23-year-old smashed the ball into the back of the net. The hosts tried to look for another equalizer in the remaining minutes, but could not convert their opportunities into goals. The World No. 14 team could not get the equalizing goal, while India defended resiliently in the closing stages to see out the victory.

With points on the board, the Indian Women's Hockey Team will now face World No. 2 Australia on Sunday, 18th August 2019 at 06.00hrs IST. It will be a tough outing for the Indian Eves as they have only registered one victory in their last 10 meetings with the Australians, however new-found confidence within the team will make for an interesting match on Sunday here at the Oi Hockey Stadium.