The Indian national junior men's hockey team is scheduled to play five round-robin league-stage matches during the Sultan of Johor Cup, which will be held from October 12 to 19. 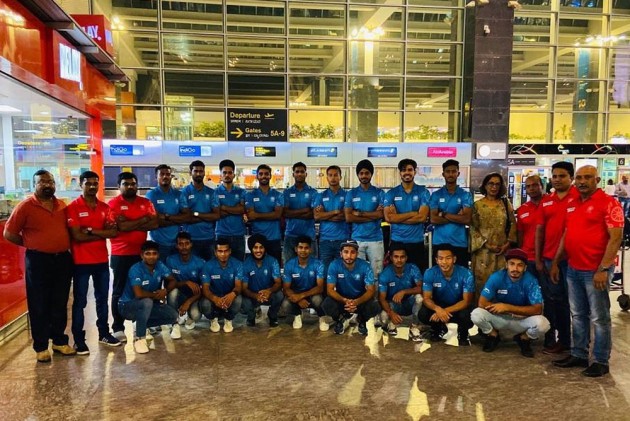 The Indian Junior men's hockey team left from the Kempegowda International Airport, here on late Monday night to take part in the 9th Sultan of Johor Cup in Johor Bahru in Malaysia.

The Indian side is scheduled to play five round-robin league-stage matches during the competition, which will be held from October 12 to 19.

"All the members of the Indian side are very excited for the 9th Sultan of Johor Cup. We have trained very hard at the Sports Authority of India (SAI) and we are looking forward to applying our learnings in the competition, especially against top sides such as Australia and Great Britain," skipper Mandeep Mor said.

"We have a well-balanced side and all players are raring to go. This tournament is a fantastic opportunity for us and we have to ensure that we execute our plans properly in all matches," he added.

The Indian team will play their first match against Malaysia on October 12 in Johor Bahru, following which they will play against New Zealand and Japan on October 13 and 15 respectively at the same venue.