Months ahead of Tokyo Olympics, India outplayed Germany in their first international match of 2021 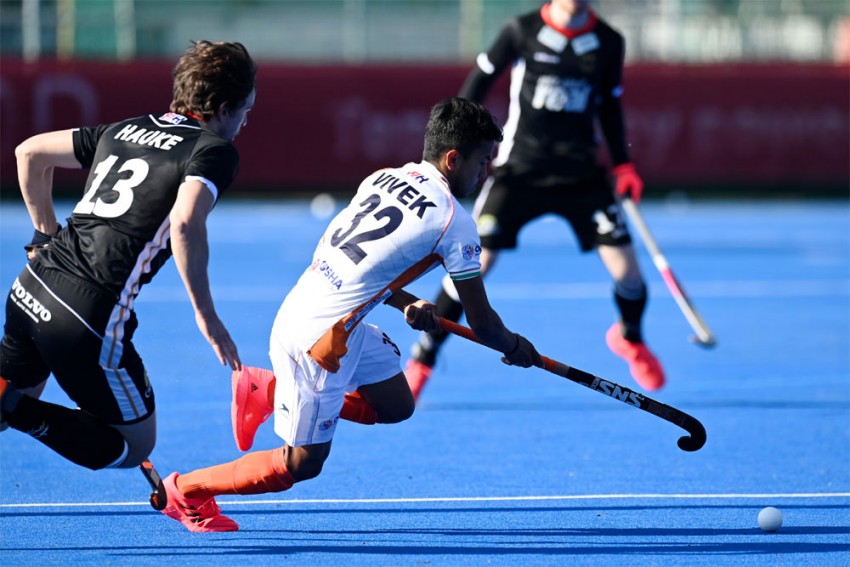 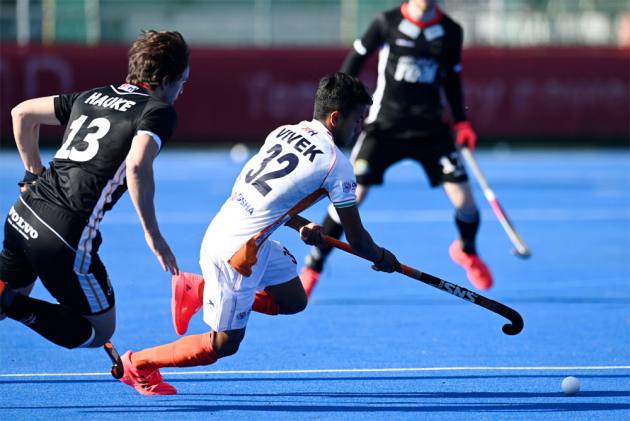 Playing their first international match in over 12 months, the Indian Men's Hockey Team led by PR Sreejesh put up a scintillating show as they outclassed hosts Germany 6-1 in the first of their four-match Europe Tour in Krefeld on Sunday. (More Hockey News)

Hungry to perform, the Indian Men's hockey team played with an intent to win. They went on an attacking mode right from the start, putting pressure on the German line-up. After creating potential opportunities in the striking circle, India earned a penalty corner in the 13th minute of the first quarter, which saw midfielder Nilakanta Sharma breaking the deadlock for the visitors.

However, in the next minute, the German forward Constantin Staib scored an equaliser making the scoreline 1-1 at the end of the first quarter.

The second quarter started with the hosts putting pressure on India and earned themselves two back-to-back PCs in the initial minutes. The Indian side made brilliant saves and created quick counterattack which led to midfielder Vivek Sagar Prasad scoring two back-to-back goals in the 27th and 28th minute taking India's lead to 3-1 at half-time.

In the 3rd quarter, the hosts started off on the front foot again and earned as many as six PCs. However, the Indian PC defence led by Skipper PR Sreejesh held sway to thwart each of the German's attempt. Soon after a solid display in defence, Indian forwards Lalit Kumar Upadhyay and Akashdeep Singh netted scored brilliant goals in the 41st and 42nd minute, respectively to put the World No. 4 Indian team in the driver's seat, leading the score line 5-1 at the end of the 3rd quarter.

Another glorious opportunity came for the Indian men at the 47th minute in the form of a PC, which saw a direct flick from Harmanpreet Singh giving India a 6-1 lead in the first match. Playing under pressure, the hosts did try hard to make a comeback, and they even pulled out their goalkeeper to put an extra attacker in the team but a great overall performance from the Indian side ensured a 6-1 victory.

"It was absolutely thrilling to play after so long and Coach's advice to us was 'go and enjoy the game' and so we did. This was the same German side who are playing the FIH Hockey Pro League matches, and I feel we did well against this squad, considering we were playing after a year. We had worked a lot on individual skills and had planned tactical play against Germany back in the camp. We just had to execute it today and it was really exciting to be back with a win," stated PR Sreejesh after the scintillating performance.

After a day's break, the Indian Men's Team will pit against the hosts Germany on Tuesday, 2nd March at 2030 hrs IST.