Home  »  Website  »  Sports  »  Indian Fans Just Can't Stop Trolling Rishabh Pant, And This Time It Has Nothing To Do His Cricket Skills

Indian Fans Just Can't Stop Trolling Rishabh Pant, And This Time It Has Nothing To Do His Cricket Skills 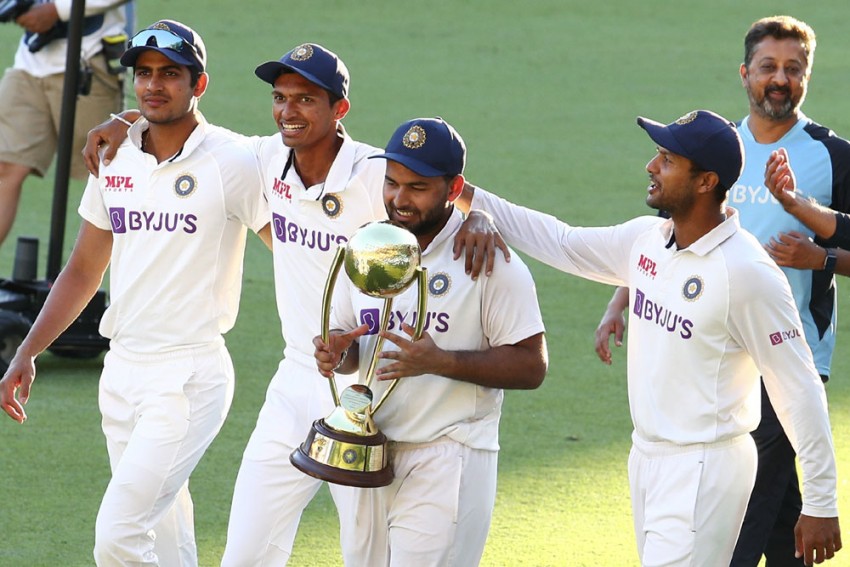 Rishabh Pant, holding the trophy, with India teammates
File Photo
Outlook Web Bureau 2021-01-29T11:21:55+05:30 Indian Fans Just Can't Stop Trolling Rishabh Pant, And This Time It Has Nothing To Do His Cricket Skills 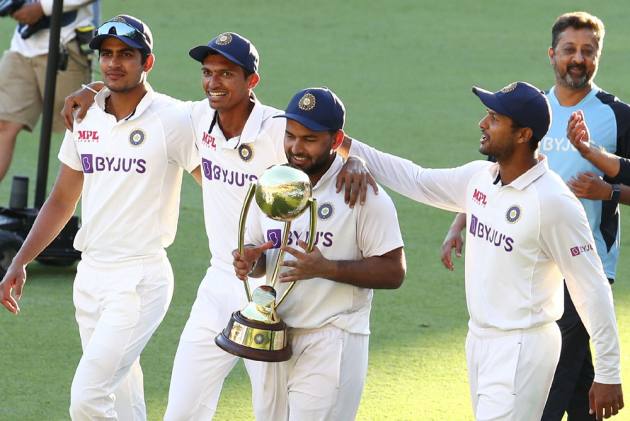 Rishabh Pant is the flavour of the season. The Indian wicketkeeper returned a hero after missing the first Test in Australia. And all eyes are on the 23-year-old as India get ready for series against England. (More Cricket News)

But the flamboyant youngster found himself at the mercy of fans with followers trolling the cricketer for an altogether different stroke. As it happened, Pant was among those who had signed on the 'India shirt' which was gifted to Aussie off-spinner Nathan Lyon who was playing his 100th Test.

READ: Pant On How He Copes With Criticism

A week after the end of the series, Lyon took to Instagram to thank "the incredibly kind gesture" of the Indian cricket team. That gave fans a chance to have a closer look at the signatures of their favourite stars, who had conquered the Aussies.

And Pant's stroke stood out. Take a look here:

A wonderful memento from a classic Test series.

Rishabh Pant's signature. That is all. pic.twitter.com/eYzAm0IISs

"A massive Congratulations to Rahane and Team India on the series win. Thank you also for your sportsmanship and the incredibly nice gesture of a signed Team India shirt. It will be a great addition to the man cave". pic.twitter.com/QRAolOfmO2

Pant's signature obviously takes the cake, but look at Pujara's too.

You can see this man loves taking his time.

Meanwhile, Pant is looking for a new home. He took to Twitter, asking for suggestions.

Pant helped India win the series-deciding Brisbane Test of the Border-Gavaskar Trophy series Down Under with a fluent 89 not out.

In his short, yet eventful cricket career, Pant has navigated a wave of criticism and ridicule. After his heroic performances against Australia, the youngster admitted that "he was feeling the heat each and every day", and how it has become a "part and parcel of the game."

"If you're moving forward then you're improving, this is what I've learnt during the tough phase. Focus so much on your game that you don't notice anything else. It's difficult also to block the outside noise because of social media but I have segregated myself from it.

"When you're doing well people will write good but when you're not, they will criticise you. It's part and parcel of a cricketer's life nowadays. So if you don't focus on the criticism and instead focus on your cricket then that's much better I guess," he added.