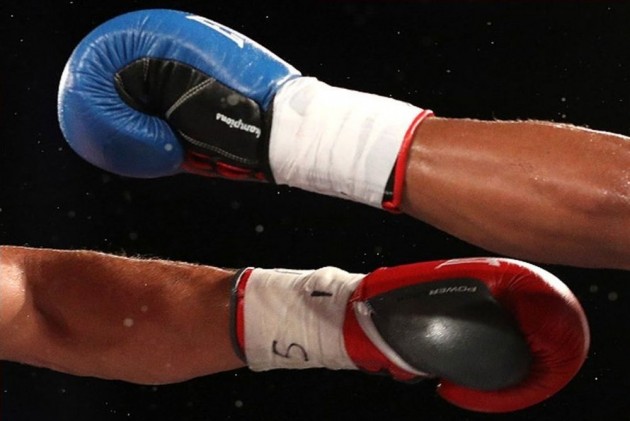 Some of Indian boxing's most accomplished names such as Amit Panghal, Shiva Thapa and Manish Kaushik will be moving to higher weight categories to sustain their Olympic dream as the sport's world body has scrapped their current divisions from the 2020 Tokyo Games.

The International Boxing Association (AIBA) has finalised the eight men's and five women's divisions for the 2020 programme.

The change means that Panghal, an Asian Games gold-medallist in 49kg, will now have to move to 52kg, while Thapa and Kaushik will have to forego the 60kg division and move up to the newly-created 63kg. Thapa is a three-time Asian Championships medallist and a world bronze-medallist, while Kaushik won a silver medal at the Commonwealth Games last year.

"We were prepared for this, we knew that weight categories would be rejigged and the boxers will be making the transition after the Asian Championships next month. There is no other way, they have to go up if they want a shot at an Olympic medal," Indian Boxing's High Performance Director Santiago Nieva told PTI.

Panghal has already moved up after a gold at the Strandja Memorial last month. Thapa is currently in Helsinki, Finland to compete in the 38th Gee Bee International Boxing Tournament, while Kaushik is in Germany for a training and exposure trip.

The rejigging was necessitated by the International Olympic Committee's (IOC) diktat to expand women's boxing in Tokyo from the previous three weight categories -- 51kg, 60kg and 75kg -- to five.

Speaking about the transition for men, Nieva conceded "it won't be easy" but insisted that the Indian camp has enough time to adapt and be ready for the new divisions, which will be in place for the World Championships in Russia, also the first Olympic qualifying event.

"The boxers will have to adapt quickly but it's not that it's a challenge for just us. Every team will have to adjust we are not special. And I am sure we will do it," he said.

National men's coach C A Kuttappa agreed with Nieva's assessment and said boxers will be counselled before the big change.

"It is a period which is very fluid. We will figure out what they (the boxers) want, what's best for them and then accordingly take a call. It won't be easy for any of them because jumping weights always takes a toll," he said.

A slightly bigger worry is boxing's future as an Olympic sport. With the AIBA defying the IOC's call to remove Gafur Rakhimov as president due to allegations of financial crimes against him, there is no clarity on the sport's qualifying programme for the 2020 Games.

"All we know is that world championships will be the first qualifying event, beyond that, there is no clarity. It's a sensitive time and we are all hoping for the best," said Nieva.

The Asian Championships will be held in Bangkok from April 17 to 28, while the world showpiece is from September 7 to 21 in Yekaterinburg, Russia.