Hardik Pandya hasn't played a Test since September 2018, appearing in a total of 11 five-day matches, but has cemented his place as a big-hitting all-rounder in the limited overs formats. He is currently on road to recovery from the back injury which needed a surgery last year. 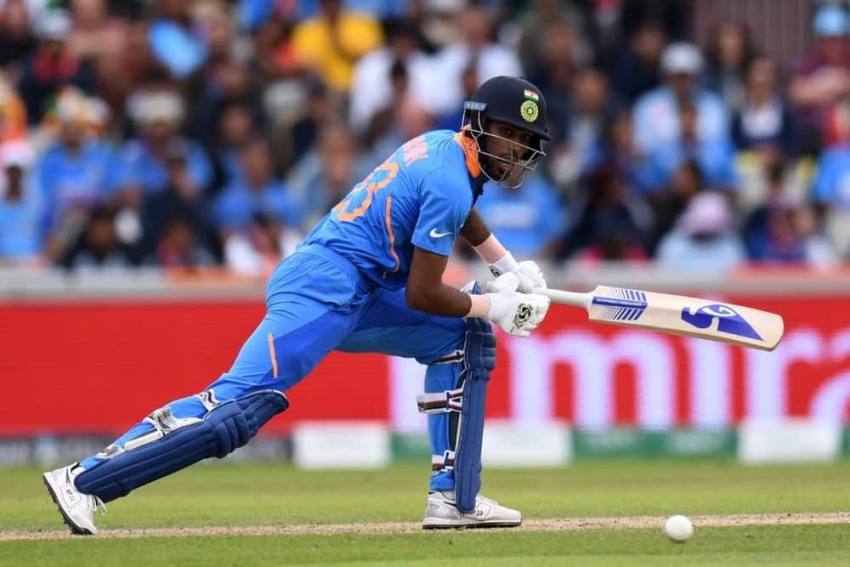 Hardik Pandya first picked up the back injury in 2018 when he was stretchered off the field during an Asia Cup match against Pakistan.
Twitter
PTI 2020-06-03T12:01:19+05:30 Indian All-Rounder Hardik Pandya Wary Of Risking Injury For Test Cricket 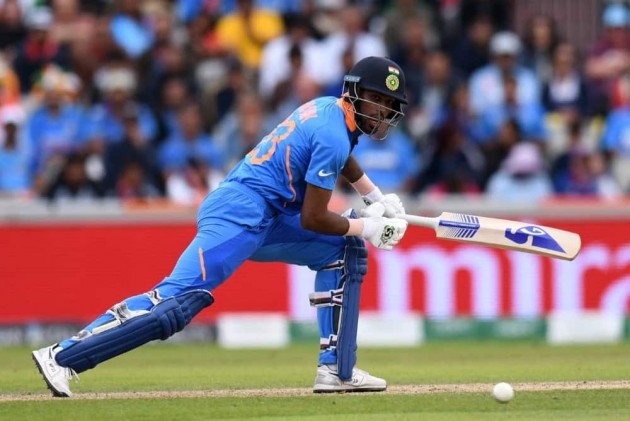 Flamboyant Indian all-rounder Hardik Pandya is wary of risking his injury-ravaged back for Test cricket right now and says it's because he understands his "importance" in the white-ball formats.

Pandya hasn't played a Test since September 2018, appearing in a total of 11 five-day matches, but has cemented his place as a big-hitting all-rounder in the limited overs formats. He is currently on road to recovery from the back injury which needed a surgery last year.

"I see myself as a back-up seamer for sure. After my back surgery, I don't know, playing Test cricket right now will be a challenge," the 26-year-old told 'Cricbuzz in Conversation'.

"If I was a Test player and didn't have the game in white-ball cricket, I could go now and risk my back in Tests but I know my importance in white ball cricket.

"It has happened that I played Tests and then didn't do well in ODIs and T20s because my plus point is my energy," he explained.

Pandya first picked up the back injury in 2018 when he was stretchered off the field during an Asia Cup match against Pakistan.

Recalling the day, Pandya said he thought his career was over.

"I genuinely thought that my career is over because I'd never seen anyone being stretchered off. I was knocked out for 10 minutes, after that the pain never went down.

"What happens to me is that my body goes into recovery mode straight away... Asia Cup was anyway going to be my last series before being rested but then the injury happened," he remembered.

Touching on the controversy triggered by his outrageous remarks on women during a TV show last year, Pandya said he has learnt his lessons and moved on.

"I just became wiser after the incident. I have made mistakes in my life and the best part in me is I accept them. If I would not have accepted the mistake, one more TV show would've been on the cards," he quipped.

"That phase no longer bothers me because we as a family accepted it. What hurt me the most was my action caused my family problems, and that's not acceptable," he added.

Pandya admitted to enduring a phase in his career when he went "off the board" and tried too hard to fit in based on other people's opinion of him.

"May be I went off board and got so many suggestions. You have to be calm, act with people in certain manner. I tried that. Stopped talking to people and didn't style my hair and it hurt my game," he said.

"What was happening back then was I was focussing on uncontrollable, which is people's opinion. In that phase I learnt that it's better to be myself," he added.

Pandya said he owes it to his IPL team Mumbai Indians' coach Ricky Ponting for being there for him during the tough phase.

"In 2015, someone who looked after me the best was Ricky Ponting. He looked after me as a child. I felt like he was a father figure for me. Learnt so much. Whatever I have learnt it's in my early days.

"Ricky taught me situations, mindsets. He used to sit with me before I went into bat. I would sit near boundary rope and call Ricky. He would sit with me and tell me what's happening. So I grasped and learnt quickly," he revealed.

Juventus Must Talk To Chelsea If They Want Jorginho: Agent