Home  »  Website  »  Sports  »  India Will Not Host Any Sporting Event In Near Future: Kiren Rijiju

India Will Not Host Any Sporting Event In Near Future: Kiren Rijiju

Kiren Rijiju's statement gain greater significance in the context of the suspended IPL, which the BCCI wants to host in October-November in case the ICC T20 World Cup in Australia is postponed. 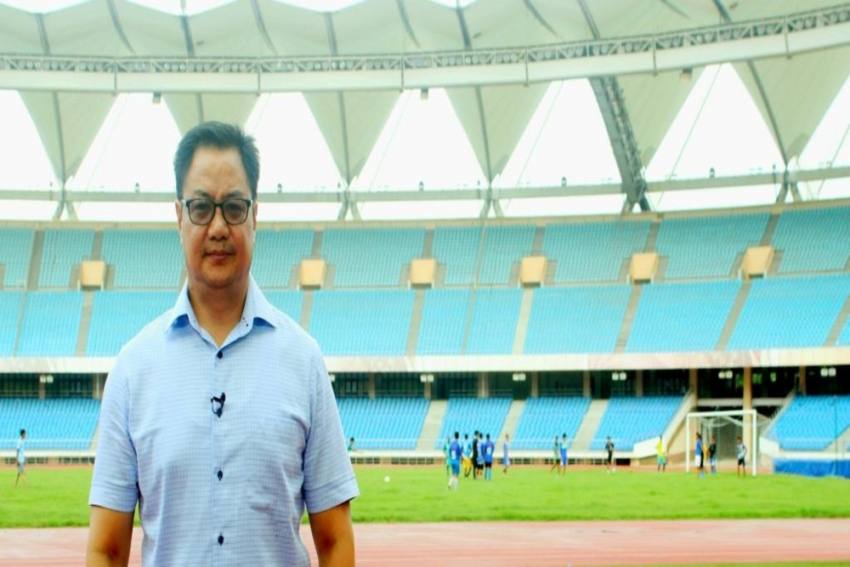 Kiren Rijiju's statement came close on the heels of Sports Authority of India (SAI) laying out a detailed Standard Operating Procedure.
Twitter
PTI May 23, 2020 00:00 IST India Will Not Host Any Sporting Event In Near Future: Kiren Rijiju 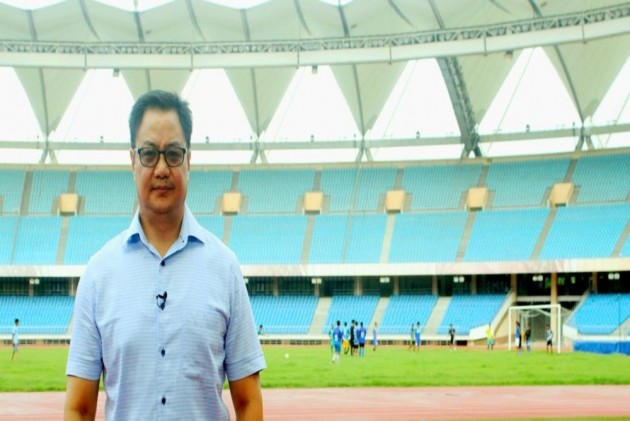 Sports Minister Kiren Rijiju on Saturday said India will not host any international event in immediate future and fans will have to learn to live with the new normal of sporting activities happening behind closed doors in the post COVID-19 world.

Rijiju's statement gain greater significance in the context of the suspended IPL, which the BCCI wants to host in October-November in case the ICC T20 World Cup in Australia is postponed.

"We have been working for quite some time now to resume sporting activities but before that we have to think about practice and training. We are not going to have a tournament kind of situation immediately," Rijiju was quoted as saying by India Today.

"We have to learn to live with the situation where sporting events will have to be carried forward without spectators in stadiums and sports venues," he added.

Talking specifically about the 13th edition of IPL, which has been put on hold for an indefinite period due to the pandemic, Rijiju said it is the government's prerogative to take a call on conducting any tournament in the country.

"In India, the government has to take a call and it will take a call depending on the situation. We cannot put health at risk just because we want to have a sporting event.

"Our focus is fighting Covid-19 and at the same time we will have to work a mechanism to get back to normalcy. It is difficult to confirm dates but I am sure we will have some kind of sporting events this year," he said.

Rijiju's statement came close on the heels of Sports Authority of India (SAI) laying out a detailed Standard Operating Procedure for resumption of sporting activities across the country in a phased manner.

"In the background their (athletes) fitness and everything have been tracked. They are in touch with the coaches, the fitness experts, the high performance directors. We are monitoring each and every athlete who are of the higher stature, who played for India and higher clubs," he said.

"Now it has been laid out. SAI has prepared a detailed SOP. These are prepared by experts from different fields. This SOP has already been issued to all sports federations and other sports bodies including govt stakeholders. So, based on this SOP training will start."

The Sports Minister, however, reiterated that resumption of sporting activities will entirely depend on guidelines of respective states and local administrations.

"But we have clearly stated that sports complexes and stadiums are open, other than that there should not be any activities till the lockdown is there or we come up with a renewed kind of advice."

Asked about the prospect of the Tokyo Games that were scheduled for this year but were postponed to 2021 due to the pandemic, the Sports Minister said he is hopeful of the quadrennial event taking place on the revised dates.

"Olympics is still far away and we have full confidence in the Japanese government and IOC and every country will support that the conduct of Tokyo 2021 will not be postponed. There are too many stakes in Olympics, so it is difficult to even foresee that Olympics can be postponed," he said.

"As far as India's preparation goes, we are at the best stage of our preparation of any Olympics so far in history. This is going to be India's biggest contingent so far and have medal-winning prospects. But I am not saying we are so prepared to finish in the top 10 or 5 but our long term target is that India will be in the top 10 in 2028."