India Will Appeal Before CAS Against WADA Decision: Kiren Rijiju On NDTL Suspension

The World Anti-Doping Agency suspended the NDTL's accreditation for six months in a massive blow to the country's anti-doping programme, which left the sports ministry surprised as it claimed WADA's concerns were duly addressed. 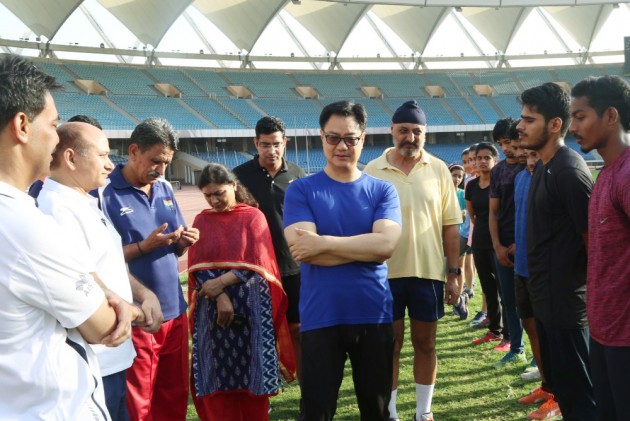 India will file an appeal before the Court of Arbitration for Sport in Switzerland against the decision of the WADA to suspend the accreditation of National Dope Testing Laboratory, Sports Minister Kiren Rijiju said on Friday.

The World Anti-Doping Agency suspended the NDTL's accreditation for six months in a massive blow to the country's anti-doping programme, which left the sports ministry surprised as it claimed WADA's concerns were duly addressed.

Rijiju said it was disheartening for the WADA to take such a decision after the NDTL had begun a "course correction" of the issues faced by it "in the past".

"There were some issues in the past. After taking over as sports minister, I have taken cognizance of those issues and a course correction has been initiated. It is disheartening that despite these efforts, WADA has taken this stance," Rijuji said in a statement.

"We will appeal against this ban (at the CAS in Lausanne) and the process of appeal is already underway," he added.

Sports Secretary Radhey Shyam Julaniya also expressed surprise at WADA's decision to suspend NDTL and alleged that a big business interest was the reason behind the world agency's move.

The NDTL, which got WADA accreditation in 2008, is no longer authorised to carry out testing of the samples as the suspension is effective August 20.

"We have addressed all the concerns raised by a WADA team during its last visit in September 2018. So, the suspension came as a surprise to us because they are administering medicine when the disease has already been cured," Julaniya told PTI.

"There is a huge business interest behind this decision because the cost of testing in our laboratory is much cheaper than anywhere in the world. Many East African countries have approached us to test their samples and it seems it didn't go down well with WADA," he added.