The last time South Africa toured India for Tests four years ago, the visitors were thrashed by Virat Kohli's men. Aiden Markram was 20 then and had not yet made his international debut 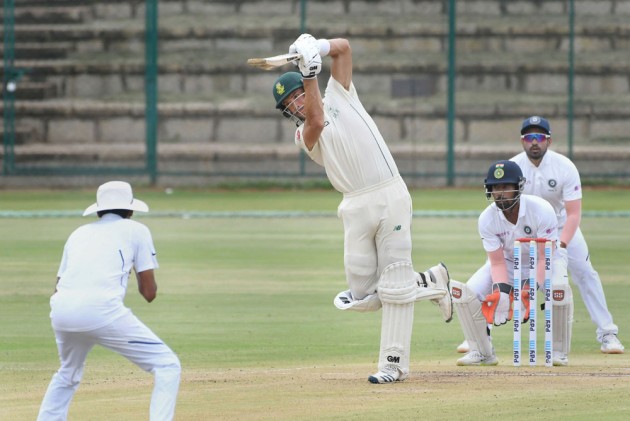 Bracing up for the upcoming Test series against India, South African batsman Aiden Markram has acknowledged that some of his teammates "might still be carrying a bit of baggage" of the 0-3 drubbing they endured in 2015. (More Cricket News)

The last time South Africa toured India for Tests four years ago, the visitors were thrashed by Virat Kohli's men. Markram was 20 then and had not yet made his international debut. The upcoming three-match series starts October 2 in Visakhapatnam.

Also Read: Can Rohit Sharma Do A Virender Sehwag?

"I remember watching that series a few years ago and it looked incredibly difficult. And I'm sure there's a bit of baggage that certain players that were on that tour might still be carrying but that's completely fine," Markram was quoted as saying by ICC's official website.

"I think it's never an easy tour coming to anywhere in the subcontinent, let alone India. It's full of challenges, but if we can conquer those challenges it will be really rewarding," he added.

The opener, who has played 17 Tests so far and scored 1358 runs, hoped to draw from his recent experience with the 'A' team.

South Africa are preparing for the series with a three-day warm-up match against Board President's XI at Vizianagaram, Andhra Pradesh starting Thursday.

"From a personal perspective, it was nice to spend time out in the middle. I think the wickets we get will be a lot different to the wickets we got in the 'A' series," Markram said.

"In the field as well, it was nice for us as fielders to be on our feet for long periods of time and for our bowlers to bowl plenty of spells in these hot conditions. I took a lot from the 'A' side games and I'm ready to go in the Test matches."

The 24-year-old Markram prepared for the Tests with a fine 161 for the 'A' side in their second four-day game against India 'A' in Mysore.

"The guys are positive and upbeat and we're maintaining a really good language in the changeroom, a really strong language.

"At the end of the day, we're not going to harp on about conditions, we pretty much know what to expect and we just need to get the job done," he said.