Rohit Sharma's 212 took India to 497/9d against South Africa on Day 2 of the third Test in Ranchi. In reply, the visitors were 9/2 when bad light forced early stumps. Mohammed Shami and Umesh Yadav took a wicket each. 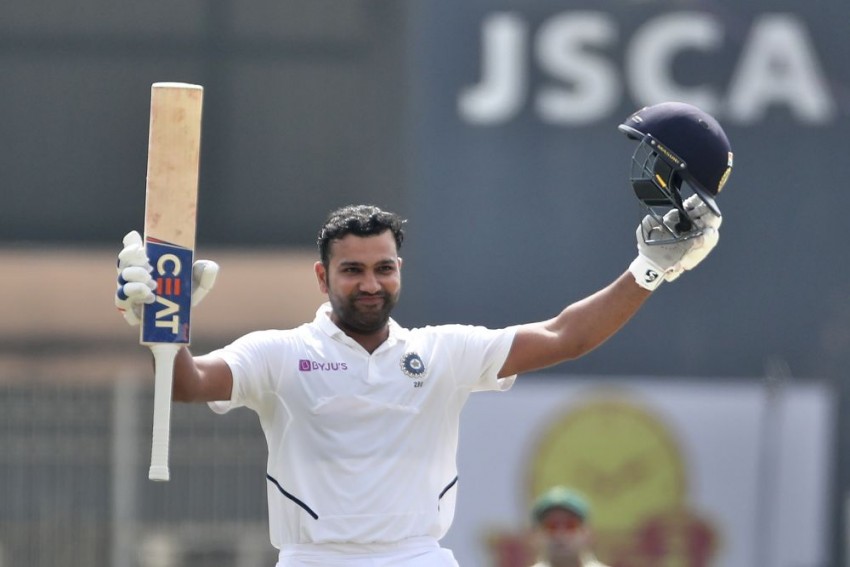 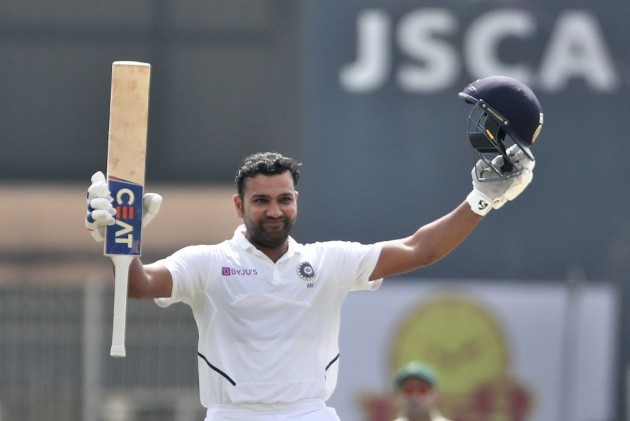 Rohit Sharma once again provided unbridled joy with his maiden Test double-hundred before India's pacers dented an already scarred South Africa top-order to gain complete control in the third and final match at Ranchi on Sunday.

Revelling in his new avatar, the stylish Mumbaikar smashed his way to 212 off 258 balls in the company of vice-captain Ajinkya Rahane (115), as India declared their first innings at 497 for nine.

Before bad light stopped play on the second day, South Africa were reduced to nine for two in five overs. Mohammed Shami and Umesh Yadav removed Dean Elgar (0) and Quinton de Kock (4) respectively in their single over bursts, creating all sorts of discomfort.

The second day again belonged to Rohit, who scored his first double century in the longest format, having scored 176 and 127 in his 'debut' as Test opener in Visakhapatnam.

His innings had 28 boundaries and six sixes but, more importantly, it was the languid grace that stood out. The extra second to play those square cuts and the pull shots were exactly what a sparse Sunday crowd needed to rejuvenate themselves.

Batting on 199, the effortlessness with which he dispatched an express delivery from Lungi Ngidi into the mid-wicket stands with a front-foot pull, was worth a million dollars. His double hundred completed, Rohit, as if to taunt the pacer, repeated the shot and the result was same.

Rahane, who has been back in form since the tour of the West Indies, also looked solid during his 11th Test hundred and the first in India in three years -- the last coming against New Zealand (October, 2016) in Indore.

The duo added 267 runs for the fourth wicket to set a solid platform before Ravindra Jadeja (51 off 119 balls) and Umesh Yadav (31 off 10 balls with five sixes) provided the final impetus.

Rohit, who has already broken the world record for the most number of sixes in a series, has so far amassed 529 runs to become only the fifth Indian opener to score 500-plus runs in a bilateral face-off.

Gavaskar had achieved it five times in his Test career and Sehwag was the last Indian to achieve the feat, having scored 544 runs against Pakistan in a three-Test series at home in 2004-05.

Rohit also joined Sachin Tendulkar, Virender Sehwag and Chris Gayle to notch 200-plus scores in both ODI and Test formats.

The lack of penetration in the Proteas attack, save Kagiso Rabada (3/85 in 23 overs), has been the real problem for the visitors.

In the three Tests so far, India have had three double centurions -- Mayank Agarwal, skipper Virat Kohli and now Rohit -- which tells the tale.

While debutant left-arm spinner George Linde (4/133 in 31 overs) was the most successful bowler, Yadav took him to the cleaners, scoring all his sixes off his bowling.

When South Africa batted under fading light, the Indian pacers were too hot to handle.

Shami looked ominous, extracting extra bounce as he struck off the second ball. Elgar tried to remove his bat but the ball kissed the gloves en route to Wriddhiman Saha's waiting hands.

De Kock was done in by a brilliant bouncer, failing miserably in his attempt to evade as Saha timed his jump to perfection.

With light deteriorating quickly in this part of the world, the Indian bowling attack would like to take advantage of the pitch on which cracks are beginning to open up, and the uneven bounce could only make life more difficult for the beleaguered South African batting line-up.