Mayank Agarwal's 108 and fifties from Virat Kohli (63*), Cheteshwar Pujara (58) took India to 273/3 against South Africa on Day 1 of the second Test in Pune on Thursday. 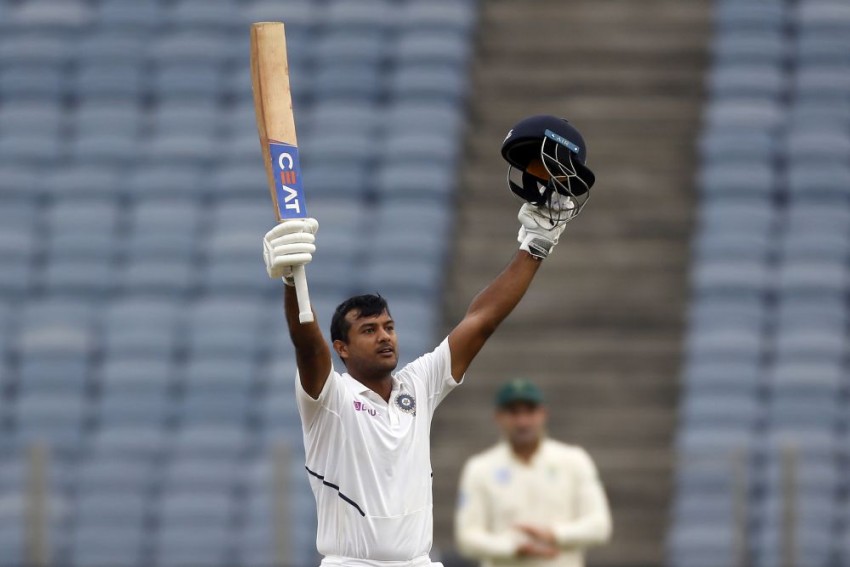 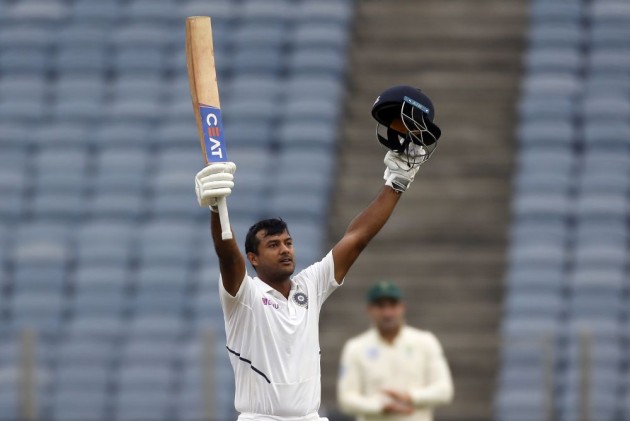 Opener Mayank Agarwal stamped his authority on a struggling South African attack with a second successive hundred as India cruised to 273/3 on the opening day of the second Test in Pune on Thursday (October 10). (HIGHLIGHTS | SCORECARD)

Play was stopped in the 86th over due to fading light. (CRICKET NEWS)

The 28-year-old's rich vein of form continued as he looked in complete command for his 108 off 195 balls, having made a sublime 215 in the series opener in Visakhapatnam last week.

The first day of the second match panned out similar to the way the first Test went as India, leading 1-0 in the series, looked to out-bat the Proteas on a good surface.

Along with Cheteshwar Pujara (58), Agarwal added 138 runs for the second wicket with minimum fuss, despite India losing Rohit Sharma's (14) wicket in the first hour itself.

In the final session, skipper Virat Kohli (63 batting off 105 balls) was in his element, hitting yet another Test half-century and adding 75 runs for the unbroken fourth wicket partnership with Ajinkya Rahane (18 batting off 70 balls). Kohli hit some flowing drives during the final hour and had 10 fours to his credit.

The highlight of the day however was Agarwal's approach against both pace and spin, both of which, he tackled with ease. His knock comprised 16 fours and two sixes.

The opener raced to his second Test hundred hitting left-arm spinner Keshav Maharaj down the ground for consecutive sixes and then played an intentional back-cut off Vernon Philander to complete the coveted milestone.

Agarwal’s scoring chart would indicate that his innings was a perfect blend of caution mixed with aggression. He got 74 runs off 18 balls in boundaries and the remaining 34 runs came off 177 balls.

Among South African pacers, Kagiso Rabada (3/48 in 18.1 overs), hit better lengths during the course of the day and was easily the most potent bowler on view.

Rabada bowled a beautiful delivery that pitched on length and moved only a shade to kiss the outside edge of Rohit's bat before going into wicketkeeper Quinton de Kock's gloves.

Rabada was unlucky to miss out on a second wicket -- of Pujara -- when Temba Bavuma, at short leg, missed a reflex catch. The batsman was yet to get off the mark at that stage.

He finally got Pujara, caught at first slip but not before the India No.3 had scored his 22nd Test half-century.

During the first hour, Agarwal was all cautious against Philander and Rabada who bowled a probing first spell.

He was smart enough to wait for the third seamer in rookie Anrich Nortje (0/60 in 13 overs) to be introduced into the attack.

Nortje, with his pace, was guilty of bowling fuller deliveries at a drivable length outside the off-stump.

In fact, Dale Steyn's "use that short leg" advice on Twitter, was meant for Nortje, advising him to alter the length.

In one of his overs before lunch, Agarwal hit an off-drive followed by two cover drives.

In the post lunch session, Nortje tried to hit the back of length but Agarwal had already completed his half century and was well set. The moment Nortje pitched it short, he went back and across to play a couple of pull shots.

On the other hand, Pujara began on a cautious note and it was only after left-arm spinner Keshav Maharaj (0/89 in 29 overs) was brought into the attack, the Saurashtra right-hander upped the ante.

In his very first over, he used his feet to come to the pitch of the ball, hitting two elegant on-drives. A third on-drive also came along the way off Rabada's bowling.

Watching Pujara use his feet against Maharaj, Agarwal got the confidence in the post-lunch session in which he got around 50 runs.