Shreyas Iyer, Shubman Gill and Axar Patel revealed the youth force in India's Test squad. The selectors must believe in them and the team management must instill confidence in their abilities.

It’s Test match season again in our neighbourhood. India are playing New Zealand at home, Sri Lanka are playing the West Indies and Bangladesh against Pakistan, in a welcome relief from the hustle and exertions of the shortest format of the game.

It’s a welcome return to the quiet anticipation of three slips and a gully and a forward short leg as tall fast bowlers come running in from the sightscreen, out of the early morning mist on a hazy winter’s day.

Back to the romance of the “real thing” again. New Zealand were unlucky with two crucial reviews, the first one of Shubhman Gill which they didn’t take in the first innings and the second one perhaps even more crucially, of the in-form Will Young, which was denied to them by a tick of the DRS timer.

Both would have had significant repercussions on the outcome of the match but for the tenacity and grit of two young Indian-origin players, one of them (Ajaz Patel) saving a Test match on debut. Thanks to them, New Zealand have lived to fight another day on even terms and it was a case of so near, yet so far, for India.

This India vs New Zealand Test match at Kanpur's Green Park was a heartwarming tale of comebacks and a very welcome return to the side by young Indian players, who had spent time away from the team.

Starting with young Shubman Gill, who batted so well at the top of the order in the first innings, a middle-order collapse left India struggling and vulnerable. Then, the home team had a marvellous century on Test debut, for the 16th time, by another young comeback man, Shreyas Iyer.

Shreyas Iyer was making a stirring return to cricket after injury and surgery. He joined an illustrious list of Indians who have achieved this feat over the years, since Lala Amarnath first did it in 1933. There was a time when there was a jinx associated with this feat, in that the player, who scored a debut hundred in a Test match for India, never got another one again in his career! 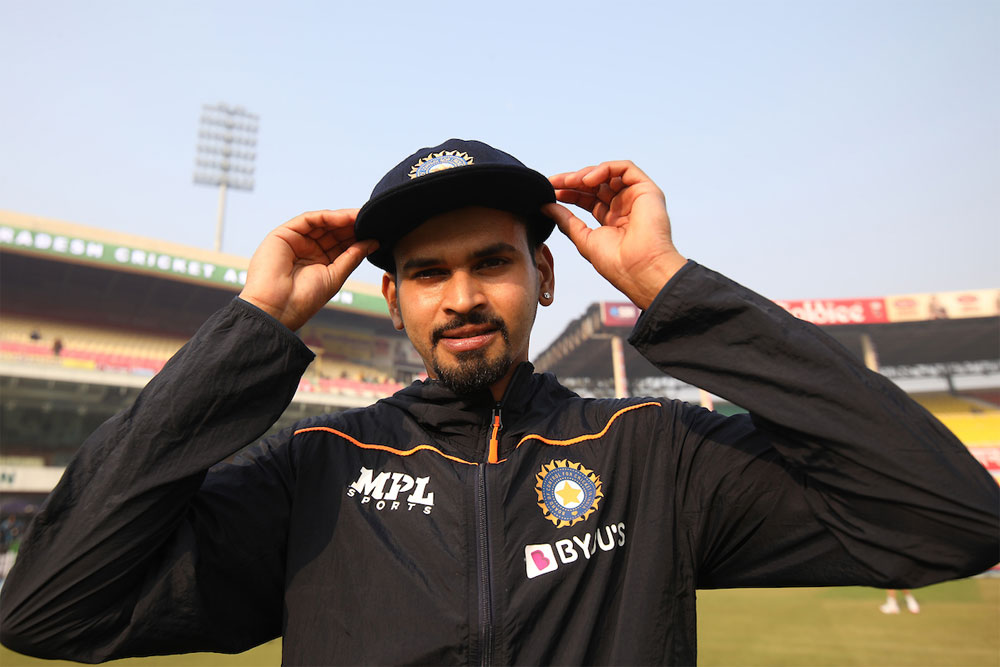 Gundappa Vishwanath broke that jinx with the second of his 14 test hundreds and later Mohammed Azharuddin announced his arrival on the Test match stage with three hundreds in a row at home and Sourav Ganguly with two, back to back, away in England at Lord’s and Trent Bridge.

Since then, the so-called jinx has been laid to rest and consigned to the dusty pages of history. Iyer, already an established white ball International cricketer in his own right, played a brilliant innings that bodes well for the future.

For good measure, Shreyas Iyer followed it up with another fighting knock under pressure in the second innings at a time when half the side was back in the pavilion with the lead just over a 100 and the match slipping away. He was admirably supported by another comeback man, Wriddhiman Saha, also returning to the side after a long stint out on the bench.

Saha was batting not just for India, but to resurrect his own Test career, which seemed to be over after a couple of failures in Australia, followed by a run of bad luck with illness and injury.

Axar Patel was yet another young Indian who made a pleasing return to International cricket after nearly seven months in the wilderness, with an incredible fifth successive five-wicket haul in his fifth Test Match.

It speaks highly of his mental strength that he did not let his time away from the Playing XI affect him and picked up right from where he had left off in the last home Test match against England.

Axar Patel pitched in with a crucial knock with the bat in the second innings in an unbroken stand with Wriddhiman Saha that put the match out of New Zealand’s reach. 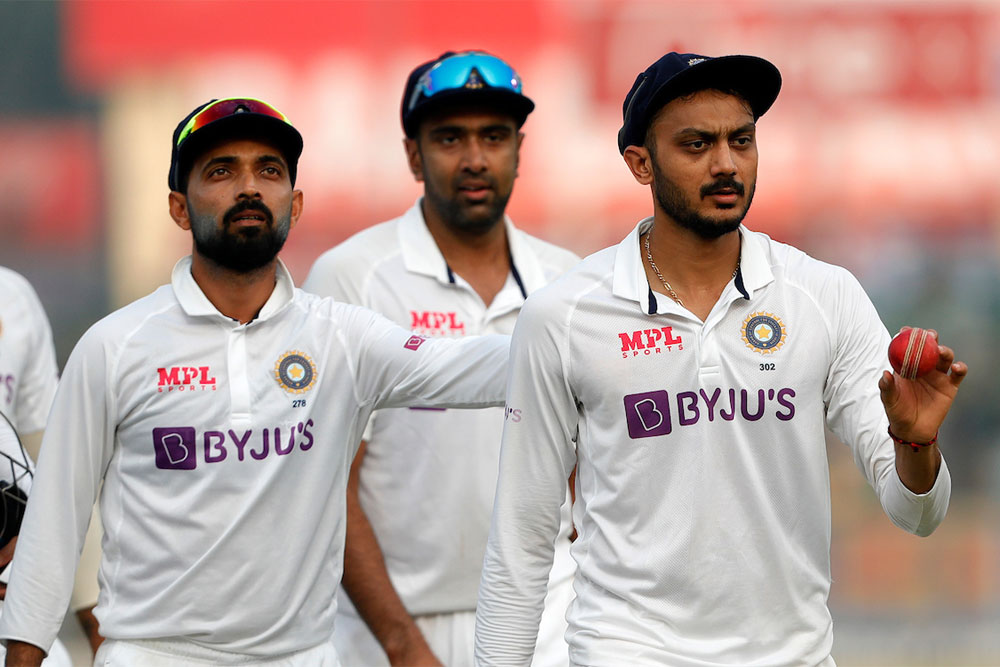 Axar Patel's mental strength was clear. He has established himself well in Test cricket. Photo - BCCI.

This raises questions as to why young cricketers who are doing well, suddenly find themselves out of the Indian side when a series ends. It is presently happening with a few other young Indian players too, who have made successful debuts in recent times, but have suddenly become invisible.

Surely they need to be given an extended run as they strive to establish themselves as Test cricketers and live and script their cricketing dreams. The chopping and changing does no good for their confidence and self-belief and for their nurturing and grooming as long term prospects for India.

A memory that made this Test match even more special personally for me were of two young cricketers in this current New Zealand XI, who played such crucial roles in this Kanpur Test. Some years ago, they had both played as junior cricketers at a Boarding School where I worked as Head of Sport and Chief Operating Officer. 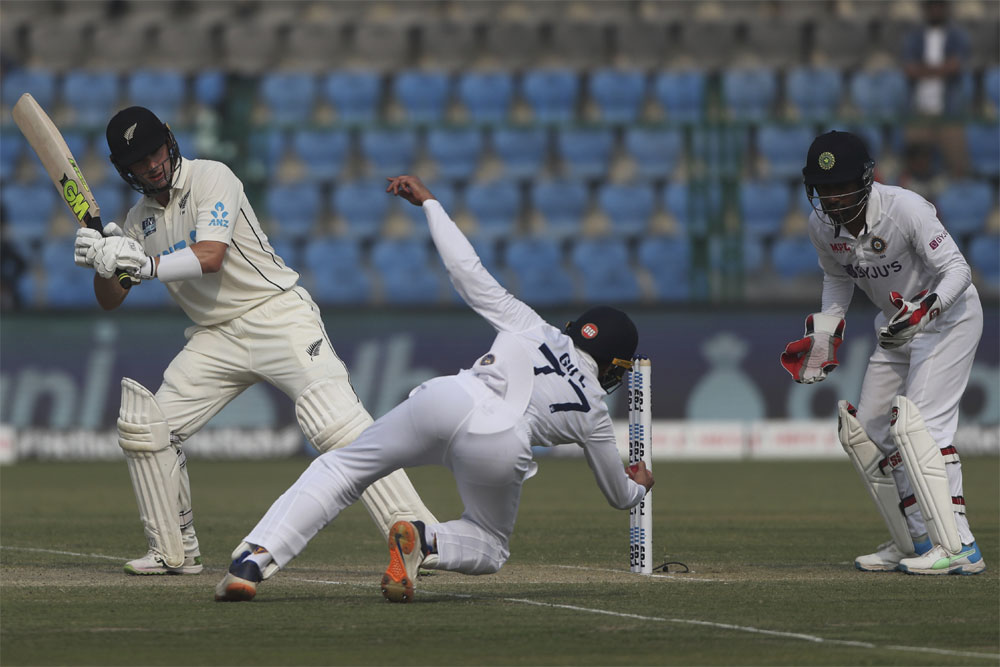 Will Young came to India as a school boy and how well did he prepare himself to be a Test batsman. Photo - AP.

Opener Will Young, then a U-19 New Zealand captain, had spent nearly a month with us in 2013 along with his Indian-origin schooldays coach Debu Banik of Taranaki and three other teammates, at a ‘spinners camp’ that we had arranged for them.

They had primarily worked on their techniques of playing spin on turning tracks on that visit. Considering how well Young played the spinners in the first innings in a wonderful opening stand with Tom Latham, the work that he put in at the time seems to have stood him in good stead in later years.

And young all-rounder Rachin Ravindra, the unquestioned hero for New Zealand in the tense final sessions of the last day, was part of a junior visiting team called the “Hutt Hawks” that played at the school in the 2018 season.

It was fascinating to see those young players returning to India as Test cricketers and doing so well. When you look at the other Indian-origin players in this New Zealand side, including Ajaz Patel who, came in at No. 11 and held out so grittily for the nine final overs, it’s ‘Indian connection' is unmissable.

So it’s on to Mumbai on level terms and it’s pressure on the senior pros Rahane, Pujara and Ishant Sharma. Skipper Virat Kohli returns to the side and one amongst the middle order batsman will have to make way for him. But then, wasn’t this series always going to be about rebuilding and finding new combinations?

(The author is a retired IAF Wing Commander and a former first-class cricketer. Views are personal)