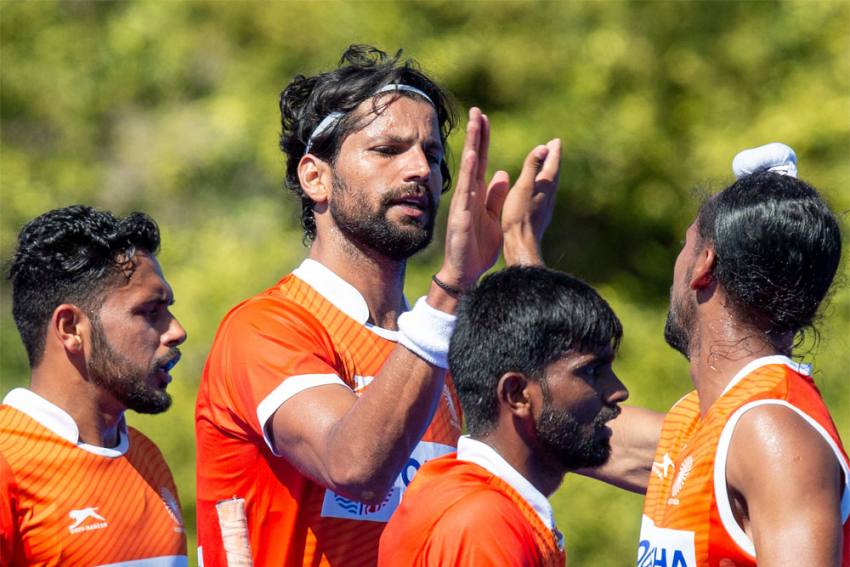 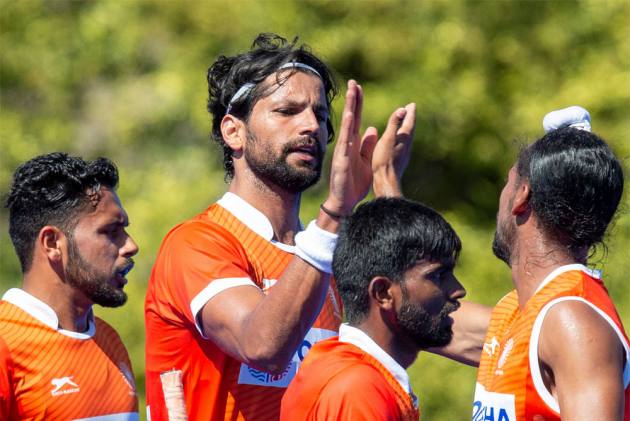 Olympic champions Argentina quelled India's chances of a second consecutive victory as they made a strong comeback for a 4-4 draw in a tense practice match in Buenos Aires on Wednesday. (More Hockey News)

India made a fine start with a well-structured attack that fetched them three goals in the first quarter.

The first goal was courtesy forward Mandeep Singh who helped India earn a penalty corner in the seventh minute which was effortlessly converted by dragflicker Varun Kumar.

Though an early 1-0 lead put the home side on the backfoot, they bounced back in the 10th minute when they earned a PC.

Leandro Tolini, who scored twice in the previous match, came up with a well-executed dragflick to equalise.

India, however, regained the lead with Rajkumar Pal's goal in the 13th minute. He was assisted by Nilakanta Sharma who has been in good nick, showing his prowess as an attacking midfielder.

The second quarter began with both teams trading PCs with each other but none were successful. However, in the 23rd minute, Argentina's Lucas Toscani struck a fine goal to narrow India's lead to 3-2.

Though India replied with aggressive attack, they were unable to create successful forays into the striking circle.

Following the 10-minute halftime break, both teams vied to dominant with the ball and played on par with each other to keep the tempo up.

It was eventually Argentina who succeeded in breaking the gridlock in this quarter by earning a PC which was well-struck by Argentina's attacking midfielder Ignacio Ortiz.

The 3-3 equaliser didn't dampen India's spirit as they successfully scored the fourth goal via forward Dilpreet Singh who made a successful entry into the striking circle, earning India a PC in the 44th minute.

Varun made no mistake in converting the goal and regaining the lead for India.

With the visitors ahead only by a goal, the last quarter was a battle of nerves with the home team stepping on the gas to secure an equaliser.

Though they created a PC in the early minutes of the fourth quarter, it was well-saved by India custodian Krishan Pathak but he could do little to stop Lucas's field goal in the 57th minute, thus ending the game in a 4-4 stalemate.

India will next face Argentina in the FIH Hockey Pro League match on April 11 at 0130 IST.