Speaking as UNICEF ambassador, Sachin Tendulkar stated that India is capable of winning the tournament. Virat Kohli's side face Bangladesh on July 2. 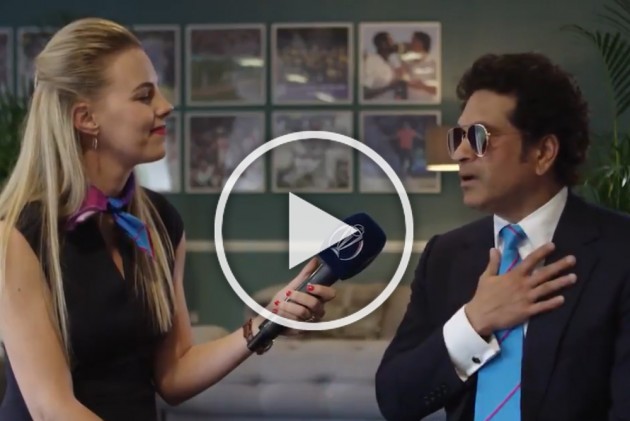 India faced their first 2019 Cricket World Cup defeat, at the hands of England. Although a win against Bangladesh or Sri Lanka will confirm a semi-final spot, legend Sachin Tendulkar feels that Virat Kohli's side can win the trophy.

Speaking as a UNICEF ambassador, Tendulkar said, "Of course, India are going to win!"

"I think India are playing well, once you get to the semis, it’s about having two good days, two solid performances," he further added.

Tendulkar also went on to quip, "That is what Indians are capable of, not to undermine what Australia or England are capable of or even New Zealand. There are 2-3 games left that are critical to decide who the top 4 teams are, but once you get to that stage it’s all about having a couple of good days."

"That's what we play for – can we bring the ultimate trophy to our country and bring that joy to millions of people?"

Exclusive chat with @sachin_rt on his #CWC memories and @UNICEF #OneDay4Children! pic.twitter.com/C5dBwfJagw

He was also asked about his own experience in winning the trophy in 2011.

"The memories of 2011 World Cup are incredible memories because that’s what you play for. The ultimate thing is whether we can bring ultimate trophy back to our country and give that joy to millions of people back home in India and all across the globe," said Sachin.

He also stated that winning the 2011 World Cup was his biggest cricketing moment. "For us, the team and the dressing room, there cannot be a bigger trophy than that. There is no bigger cricketing moment and after playing international cricket for 24 years, if you wanted me to pick one moment, I would say that is the moment, without any doubt. Doing that victory lap with that trophy in my hands, cricket doesn’t get bigger than that," stated Tendulkar.