Home  »  Website  »  Sports  »  IND Vs SL: Will Guwahati T20I Between India And Sri Lanka Go Ahead Amid Relentless CAA Protests

IND Vs SL: Will Guwahati T20I Between India And Sri Lanka Go Ahead Amid Relentless CAA Protests

India will take on Sri Lanka in a three-match T20I series, starting on Sunday at Guwahati at the backdrop of widespread CAA protests in Assam 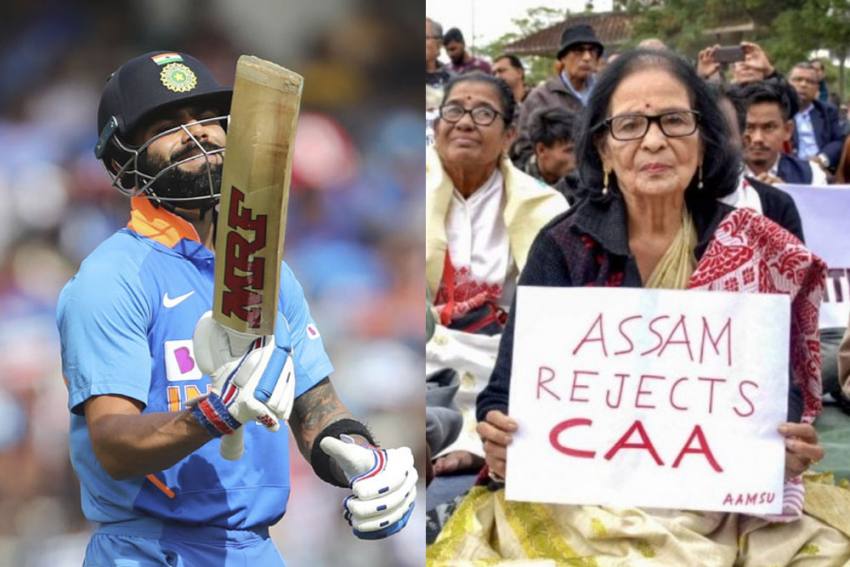 Since the enactment of CAA on December 12 last year, protests have erupted in various parts of the country.
Composite: File Photos
Outlook Web Bureau January 03, 2020 00:00 IST IND Vs SL: Will Guwahati T20I Between India And Sri Lanka Go Ahead Amid Relentless CAA Protests 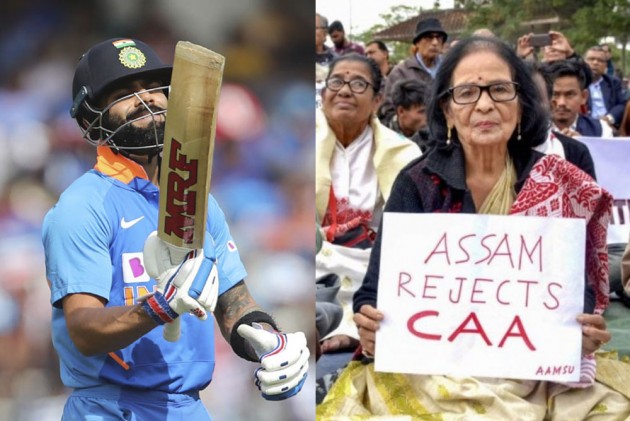 There are concerns about the smooth conduct of India's first cricket match of 2020, on Sunday (January 5) against Sri Lanka at Guwahati, but the Assam Cricket Association (ACA) president Romen Dutta on Thursday said that the scheduled first T20I will go as planned. (More Cricket News)

"First of the three T20Is between India and Sri Lanka will be held on January 5 (Sunday) in Guwahati as scheduled," Dutta told ANI.

The Sri Lankan team arrived in India on Thursday for the upcoming T20I series.

Meanwhile, as New Year begins, college and university students of Assam have taken a pledge to continue their protest against the Citizenship (Amendment) Act even as chief minister Sarbananda Sonowal pleaded not to ostracise him.

"I am your son, a part of you. You have chosen me to lead you, how can I let you down? I have never compromised with the interest of the people of Assam," he said.

Sonowal's comments come at a time when Assam sees widespread protests against the amended law and after former Assam DGP Harekrishna Deka criticized him, stating that he has turned into a 'hardcore Hinduist'.

He also asserted that there will be no compromise with the interest of the indigenous Assamese at any cost due to the new Citizenship law.

"The government has given suggestion to the Central government, which is in a process to frame the rules for the Citizenship Amendment Act to incorporate state government's view so that interest of indigenous people remains protected," Sonowal told reporters in Guwahati.

Since the enactment of CAA on December 12 last year, protests have erupted in various parts of the country including the national capital.

The CAA grants citizenship to Hindus, Sikhs, Jains Parsis, Buddhists and Christians fleeing religious persecution from Pakistan, Afghanistan, and Bangladesh and came to India on or before December 31, 2014.

India will play a three-match T20I series against Sri Lanka before hosting Australia in another short series comprising three ODIs.

All The Records Cristiano Ronaldo Can Break In 2020