IND Vs SA, 2nd Test: There Is No Nervous 90s For Mayank Agarwal, Claims Cheteshwar Pujara

Mayank Agarwal, a relatively new entrant to the Test arena, has scored his second Test hundred in as many games against South Africa, starting with a double hundred in the series opener in Visakhapatnam 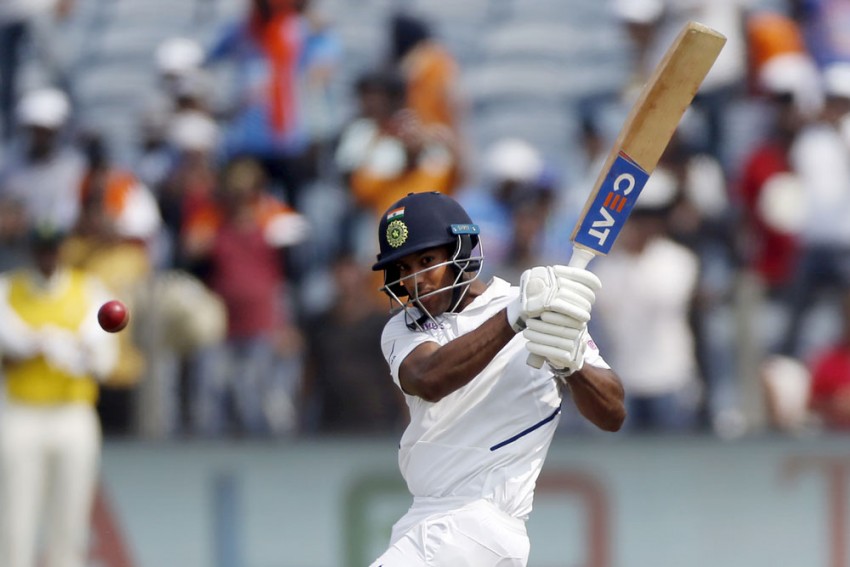 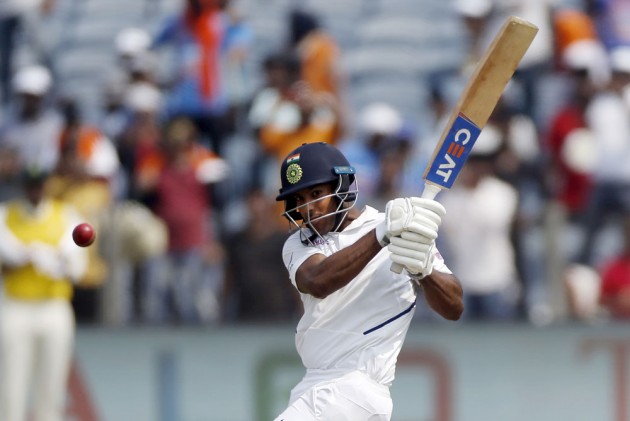 For someone who smashed 1000 first-class runs in a month's domestic cricket in 2017, it shouldn't come as a surprise that a heavy-duty scorer like Mayank Agarwal knows a thing or two about the art of conversion, feels Cheteshwar Pujara.

Agarwal, a relatively new entrant to the Test arena, has scored his second Test hundred in as many games against South Africa, starting with a double hundred in the series opener in Visakhapatnam.

"He (Agarwal) is an experienced player, who has scored so many first-class runs, which has helped him a lot. And when it comes to being nervous in his 90s, he is someone who is fearless," Pujara replied, when asked about the Karnataka opener showing little sign of nerves.

Pujara has seen a lot of Agarwal in the domestic arena and believes it is the consistent scores in domestic cricket that has made him what he is today.

"Mayank knows how to convert fifties into big scores and at the same time, once he goes past hundred, he can score heavily as we saw in the last game,” said Pujara, who was involved in a 138-run stand with the centurion and himself made a valuable 58.

Pujara himself is someone with a penchant for big knocks. So did he tell anything to Mayank while their partnership was on?

"That habit (for big scores) has come from first-class cricket, so I didn’t have to tell him much. To be honest, we were just communicating what their gameplan was.

"If there was an error in his batting, I would just tell him to play close to his body, when I thought his bat was going away. Apart from that, he is batting really well and you don’t have to guide him much."

Pujara himself looked in fine nick as he took opposition’s premier spinner Keshav Maharaj on.

"Earlier on, I felt there wasn’t enough spin on this pitch, so we thought that it was important to score as many runs as possible against spinners. Later on, there was a little bit of turn in the second session, so we had to be a little careful," he said.

In the post-lunch session, Proteas rookie pacer Anrich Nortje was seen coming round the wicket and used the short ball liberally, which Pujara thinks worked to India’s advantage.

"When it comes to short-ball bowling, it can be advantageous for the batting team if you try and use it too often. The bowler in this weather gets tired," he said.

Pujara was very happy with the kind of track on offer which has a bit for everyone and batting first, he thought was a prudent decision.

"It’s a true pitch, where if a fast bowler is bowling well, he can also get a batsman out and if you are batsman, there is value for your shots. There was little bit of spin later on. If we have runs on the board, it won’t be easy to bat in the fourth innings," he said.

That is also the reason why playing a specialist third pacer in Umesh Yadav was a good decision, feels Pujara.

"You have to just back your instincts. If we have five bowlers on a flat pitch, you can pick 20 wickets but if you go with 4 bowlers, it becomes difficult, if there is not much assistance. Luckily there is assistance for fast bowlers and Umesh playing this game," he added.