Soon after Ravindra Jadeja trapped Senuran Muthusamy in front on Day 3 of the India vs South Africa Test, the fan invaded the Pune pitch and ran towards Rohit Sharma at first slip 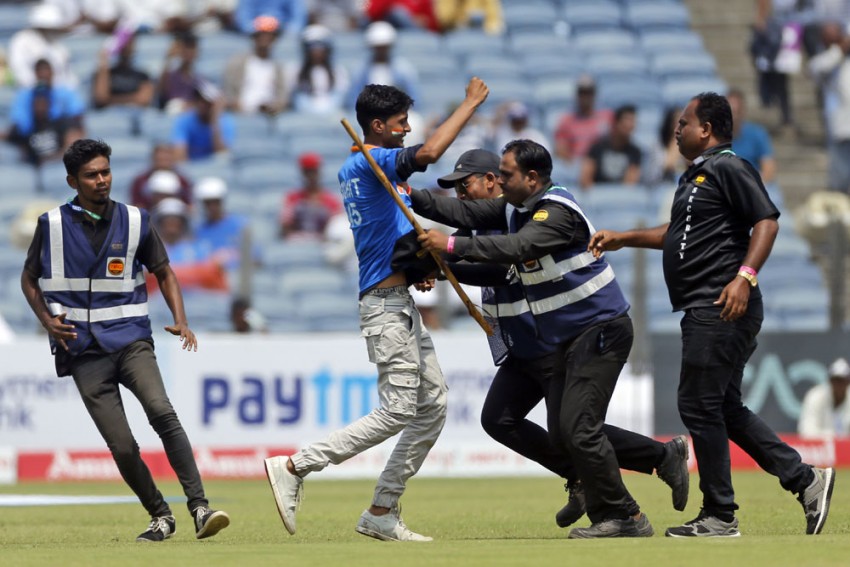 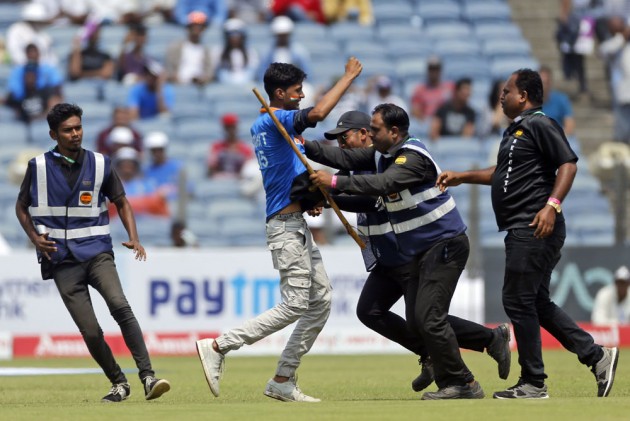 Third day's play of the second Test between India and South Africa on Saturday was halted for some time after a cricket fan tried to kiss the feet of Rohit Sharma.

Soon after Ravindra Jadeja trapped Senuran Muthusamy in front for LBW in the 45th over, the fan invaded the Pune pitch and ran toward Rohit at first slip. He fell at the cricketer's feet, trying to seek the blessings from the batsman who scored back-to-back centuries in the first match at Vizag. But security guards somehow tackled the fan to the ground.

Another Test, another pitch invader!
This one made a beeline for @ImRo45 , and tried to kiss his feet...
Bizarre.
Pune cops far more alert than Visakhapatnam, mind you...
Taken him down the tunnel that leads to the kennels ðÂÂÂÂÂÂÂÂÂ#IndvSA pic.twitter.com/VdEmEoYszd

Having endured a nightmarish outing on Day 2, wherein they saw India posting 601/5d and losing their top three back in the hut in no time, the Proteas started the third day's play at 36/3 with the hope to delay the inevitable. But nothing seemed to be working for the visitors.

Skipper Faf du Plessis was waging a lone battle. He was unbeaten on 63 with South Africa struggling at 153/7 in 56 overs, still 439 runs behind India's first innings total of 601/5d.

IND Vs SA, 2nd Test: This Is Zen Cricket! VVS Laxman Says Virat Kohli Is Now Batting Against Himself, Not Bowlers