Dean Elgar made 160 off 287 balls, leading South Africa's fightback against India on day three of the first Test match 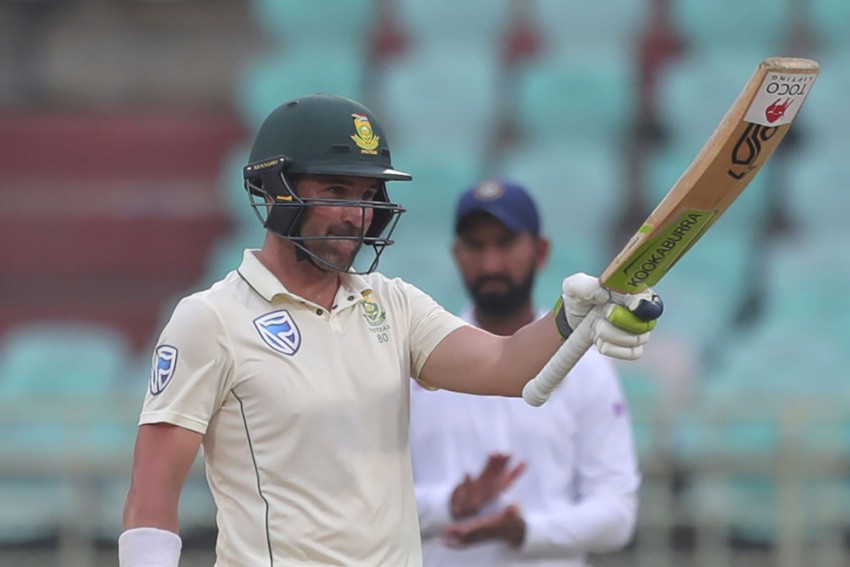 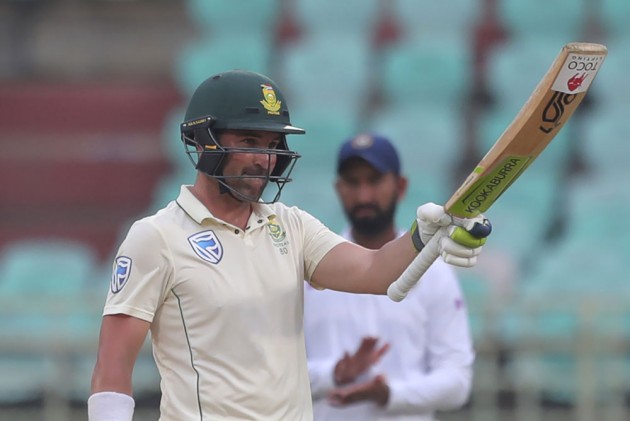 Opener Dean Elgar said he may have made his best hundred for South Africa on Friday in the first Test against India at Visakhapatnam and credited county cricket, including his battles with R Ashwin there, for making him a better batsman against quality spin.

"Any three-figure mark for South Africa is a massive moment for me. It's always an emotional time. A lot of hard graft has happened in the previous series where you have failed. You look back and you realise that it's very special. Even in the trying conditions that we have, we have not experienced heat like this back home," Elgar said at the press conference after the day's play.

"The wicket obviously wears down quite quickly. I'd like to think it may be my best hundred I have had for South Africa, especially playing against the prowess of India and to show them that last time was a little bit easier but this time it is not going to be a pushover," said Elgar.

Elgar was among the South African batsmen who had a disastrous tour of India four years ago. Even on Friday, South Africa were up against the wall at one stage it but Elgar and Quinton de Kock (111 off 163 balls) put their team back in the game with memorable knocks.

The southpaw said he learnt a lot from his past mistakes ahead of his second series in India.

"We knew it was going to be tough. We knew we were going to be facing quality bowlers on a wearing pitch. But I always had the hope that if we knuckle down and give ourselves a chance, the best chance to try and score, give us a platform to allow us to express ourselves a little bit, we could always get to the position we are.

"A lot of stern messages were given out this morning in the huddle and it is nice to see that the new faces or even the older faces knuckle down and do their bit for the side. It is tough playing Test cricket in India. You are always up against it, they are always coming at you. But I felt with previous experiences of playing against them that if you apply yourself, you give yourself the opportunity, you can get there."

Watch: This Is What Brilliant Captains Do

He said he learnt the importance of his defensive game from previous experience of playing against the Indians.

"The previous stats and history of playing against them proves that if you allow yourself time, you give yourself a bit of opportunity with your defensive game, your attacking game will come naturally and you will be able to get into the position that you are now."

Ashwin had won the battles against Elgar in county cricket earlier this year but on Friday, the South African got the better of him. However, Elgar said the bowler does not matter to him.

Words were exchanged when the two faced-off in South Africa last year but on Friday, Elgar let his bat do the talking.

"No, he (Ashwin) seemed quite quiet today," quipped the opening batsman.

"He's a phenomenal bowler and it's always a good challenge to face. I'll always appreciate the moments we get to play on the field. I'm not going to say anything, just try and let my bat do the talking. I night have won today, but there is still many many battles."