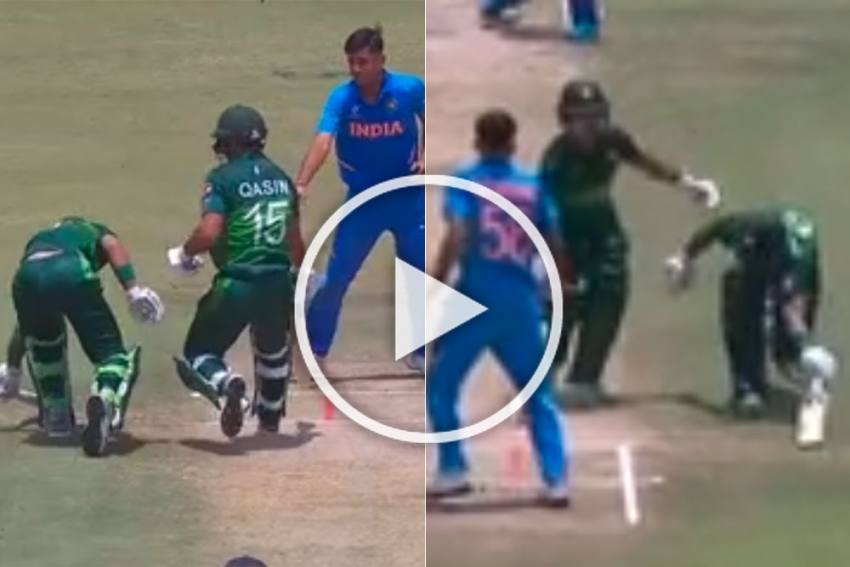 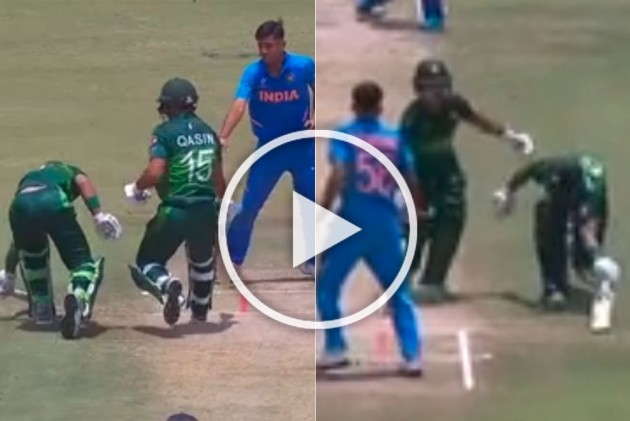 During India's thumping 10-wicket win in the first semi-final of the ICC U-19 Cricket World Cup at Bloemfontein, South Africa on Tuesday, Pakistan captain Rohail Nazir was involved in a hilarious run out.

Batting first, Pakistan kept losing wickets and the onus was on the skipper to hold the innings together. He (62 off 102 balls) did manage to top score for the two-time champions, but found himself running Qasim Akram out.

Qasim played the second ball of the 30th over, bowled by Ravi Bishnoi, to cover, then called for a single. But his captain and batting partner Nazir, after seeing Atharva Ankolekar fielding the ball, decided to save his own wicket. The result, both the batsmen running towards the same end.

Watch: Sensational Jaiswal 'Finishes Off' Pakistan With A Six

Indian wicketkeeper Dhruv Jurel had one of the easiest run outs in his career.

Untitled from Cricket Fan on Vimeo.

Defending champions India entered their successive final after a 10-wicket win. In reply to Pakistan's 172, Yashasvi Jaiswal scored a century as he and opening partner Divyaansh Saxena helped India reach the target without losing a wicket.

After the bowlers dismissed Pakistan for a paltry total, Jaiswal led the way with Saxena playing second fiddle. His century, and India's winning runs, came with a six in the 36th over off Aamir Ali over deep midwicket. It was the fourth six of his innings which also included eight fours. Divyaansh was unbeaten on 59 off 99 balls and his innings included six fours.

Jaiswal, in the end, scored 105 off 113 balls and additionally took the crucial wicket of Pakistan opener Haider Ali earlier in the day just as the latter and Nazir looked to be on their way to resurrecting the faltering Pakistan innings.