Home  »  Website  »  Sports  »  IND Vs ENG: We Can Be Very Confident If The Pink Ball Moves, Says Mark Wood

IND Vs ENG: We Can Be Very Confident If The Pink Ball Moves, Says Mark Wood

The four-match Test series is level at 1-1 heading into the day-night Test at the new 110,000-capacity Sardar Patel Stadium here. 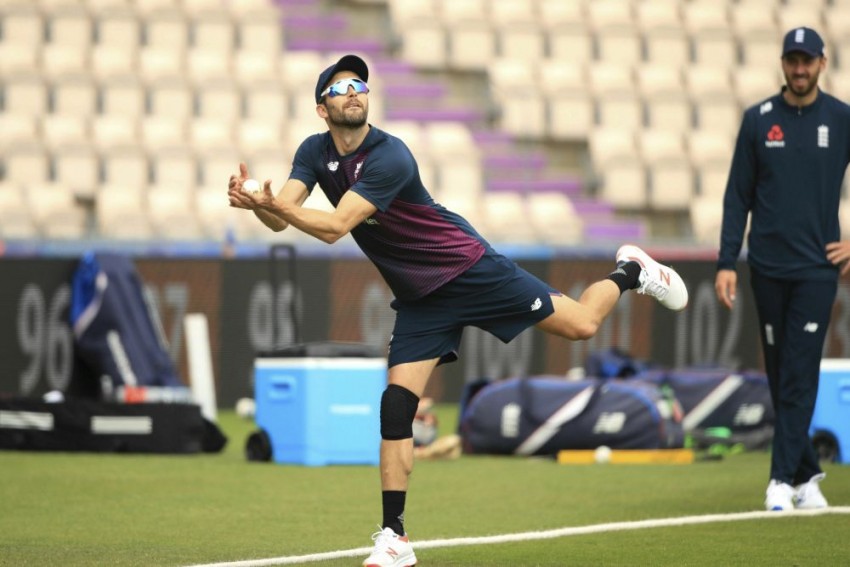 Fast bowler Mark Wood feels England, boasting one of the game's finest seamers in James Anderson, can fancy their chances in the upcoming day/night Test against India if the pink ball moves around. (More Cricket News)

The four-match Test series is level at 1-1 heading into the day-night Test at the new 110,000-capacity Sardar Patel Stadium here.

"As soon as the ball moves, we know how good our seam bowlers can be. We've got good depth there, good skills and two of the best-ever (James Anderson and Stuart Broad).

"Hopefully, if the ball does move and it is seamer-friendly we can be very confident going into the game," Wood said during a virtual interaction on Friday.

Along with Jonny Bairstow, Wood joined the England squad ahead of the third Test.

While the spinners have taken the bulk of wickets in the first two Tests of the ongoing series, Indian pacers took all 20 wickets to win their only previous day-nigh match on home soil, against Bangladesh in Kolkata.

"We've been bowling with them in the nets - they have swung quite a bit and they've lasted longer which was interesting to see," said Wood.

"With the ball, as soon as it moves, every one of the bowlers from the past couple of months is dying to get it in their hand. I'm not the only one who's trying to get hold of it.

"The wickets in the nets have been a bit green and had good pace and carry too. I don't know if that's anything to go by or whether it's a bit of a trick."

Woods, who pulled out of the 2021 IPL auctions due to family reasons, called it a very difficult decision but one that he is comfortable with. Besides spending time with his family, he said he wants to keep himself fresh for England duty in the second half of the year.

"Obviously there have been some big names going for big money and it's great for them. It's life-changing money which is why it was such a difficult decision for me," he said.

"First and foremost, it was for my family. I'm going to spend six weeks here in India and it would have been another eight weeks on top of that. The second reason, of course, is being ready for England.

"I don't want my body to fail me or be a bit bruised mentally or physically for the back end of the year when it's the World Cup and Ashes, or in the summer when it's a big series against India at home.

"Although it's life-changing money and an opportunity, I'm comfortable with my decision and I hope it serves me well in the long term."

Wood admitted that the IPL was a great opportunity to improve himself as a cricketer.

"It would have helped me improve as a cricketer, it was a huge opportunity for me to improve my wage."

Wood is not an automatic selection for the Test with Anderson likely to pair up with his veteran partner Stuart Broad for the first time in the series.

He also faces competition from Olly Stone, who impressed in Chennai, while pacer Jofra Archer is expected to return after missing the second Test due to an elbow injury.

Besides, Chris Woakes is also there.

While England started their campaign with a 227-run win in the opening Test, India came back strongly to thrash the visitors by 317 runs in the second match in Chennai.