Home  »  Website  »  Sports  »  IND Vs ENG: It's All About Confidence, Axar Patel On Phenomenal Test Outings

IND Vs ENG: It's All About Confidence, Axar Patel On Phenomenal Test Outings

With his record 11 wickets in the day-night third Test against England, the left-arm spinner Axar Patel finally found his big moment in international cricket 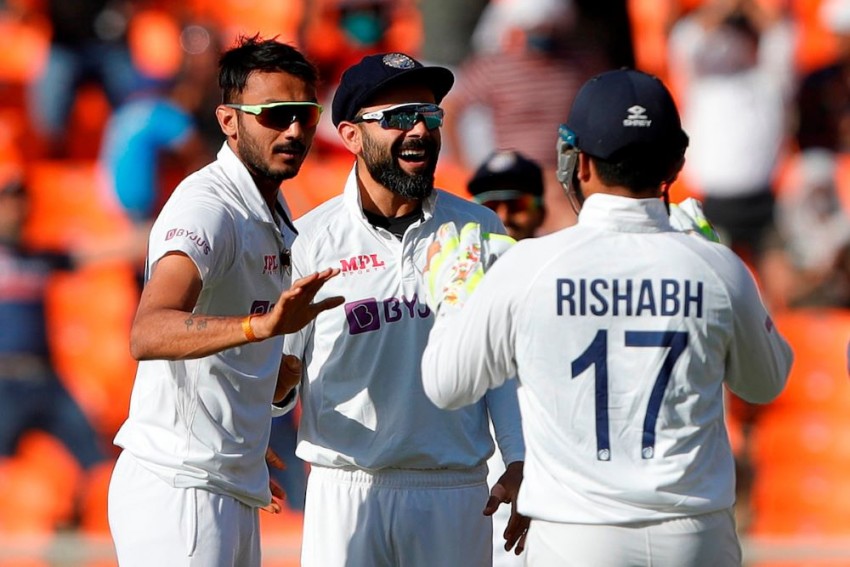 Axar Patel celebrates with Virat Kohli and Rishabh Pant during the 3rd cricket Test match against England.
BCCI
PTI 2021-02-26T12:54:55+05:30 IND Vs ENG: It's All About Confidence, Axar Patel On Phenomenal Test Outings 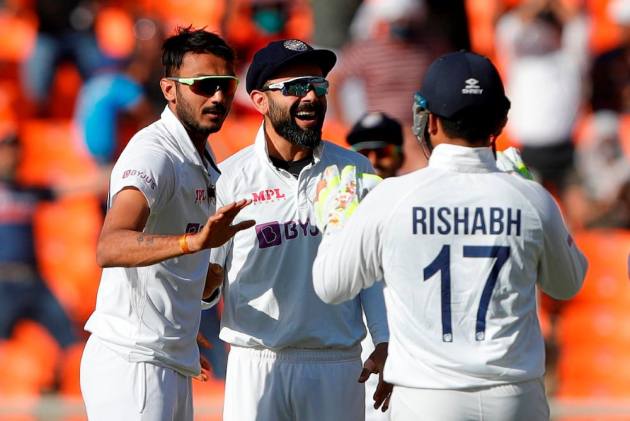 It was a long wait for Axar Patel and it didn't help that everyone around him had just one question for the past three years -- "Why aren't you in the Indian team?". Highlights | Scorecard | Gallery | News

But Patel was unfazed as he knew, his time would come.

"I think it's all about confidence," said the 27-year-old from Anand in Gujarat who wanted to be a mechanical engineer growing up but was prodded into trying his hand at cricket by a school friend.

With his record 11 wickets in the day-night third Test against England, the left-arm spinner finally found his big moment in international cricket, seven years after he made his India debut in an ODI against Bangladesh.

Since that day, he has been in and out of the team with the spin all-rounder's spot firmly with Ravindra Jadeja.

In this series too, he made it because Jadeja was out injured. He hadn't been in the national team since 2018 and made his Test debut in the second game against England last week in Chennai.

"I have been out of the team for three years and at that time, I used to think about the areas of my game which need to be worked upon. So, I was working on my bowling and batting," he told Hardik Pandya in a bcci.tv interview, thoroughly enjoying his good time.

"When you are out of the team, many people, friends keep asking you 'why aren't you in the team despite doing well?' These things keep coming in the mind," said the bowler who has 152 wickets in 41 first-class game at an impressive average of 25.25.

"So, I told myself 'just wait for the right time and whenever I get an opportunity I will give my 100 per cent'."

Patel's foray into cricket as a 15-year-old on the persuasion of a school friend had a solid backer in his grandmother, who wanted to see him play for India but passed away before he made it.

The lanky cricketer does not forget to acknowledge the role his family has played even though a spelling mistake by his father Rajeshbhai Patel at school had led to his name becoming Axar from Akshar.

"I give all credit to my family, friends and teammates who supported me in tough times," he said.

Asked by Pandya if he finds Test cricket easy, Axar replied: "Everybody asked me that question. When it goes your way then you think it's easy but when you miss a full toss, you actually realise how easy it is."

Patel said he would aim to continue in the same manner in front of his home crowd in the fourth and final Test against England, starting here on March 4.

"(The day-night Test) was my second Test and first in Motera. It's a special feeling to play and perform before the home crowd. My efforts would be to do the same," Patel said.

Towards the end of the light-hearted interview, India skipper Virat Kohli also made an appearance and appreciated Patel's performance in Gujarati.