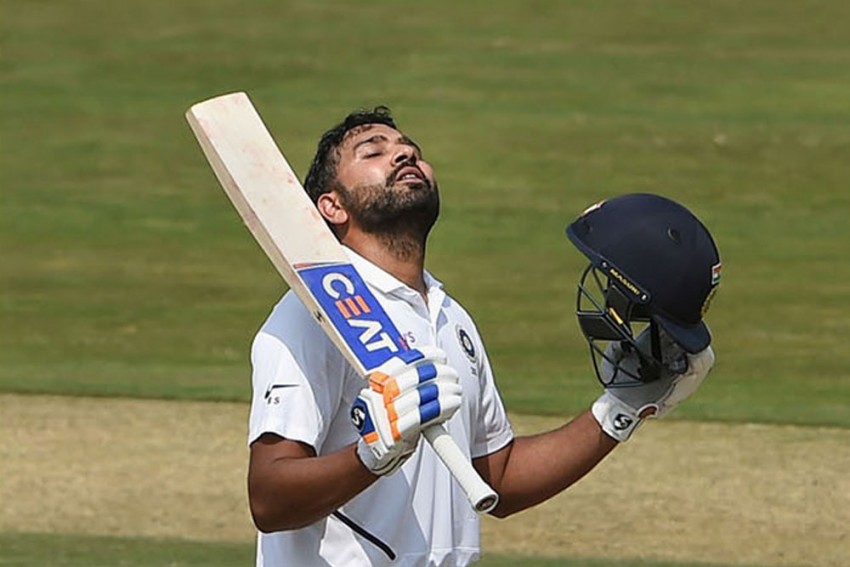 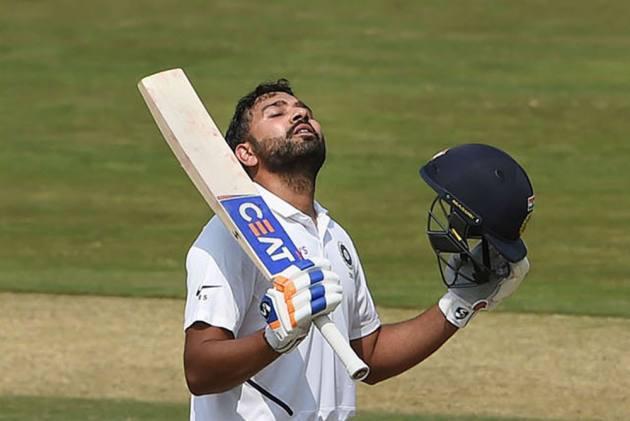 Rohit Sharma played some delightful strokes to notch up his seventh Test hundred as he steered India to 189 for 3 at tea on the opening day of the second match against England in Chennai on Saturday.

The Mumbai duo has added 103 runs so far and pulled India out of a potentially tricky situation.

For England, Moeen Ali (1/70), Olly Stone (1/25) and Jack Leach (1/46) picked up a wicket each in the first session but could not make an impact in the second. Stuart Broad and Ben Stokes have not got any wickets so far.

Moeen got the prized scalp of Kohli but that was his only impact on the match so far.

Rohit was in command for most part, more so in the first session. He appeared a bit edgy close to his ton and an attempted sweep saw the ball hit the bottom of the bat and fall just short of the close in fielder.

He reached a well-deserved hundred off 130 balls with a sweep off Moeen.

Rohit used the sweep shot to good effect against the spinners. He, however, wasn't as aggressive as he was in the first session.

Rahane, on his part, grew in confidence gradually and hit a few beautiful shots, including a back-cut off Leach.

The Rohit-Rahane partnership steadied the ship for the home team after Moeen had dealt a huge blow by castling Kohli with a superb delivery.

Rohit added 85 runs for the second wicket with Pujara (21, 58 balls, 2 fours) and appeared to be taking India to a good position before the spinners struck.

First, Jack Leach (1/23) tossed one up to get Pujara to edge one to Ben Stokes at slip before Moeen sent back Kohli.

The home side, batting first after Kohli won the toss, suffered an early jolt when pacer Olly Stone, playing his second Test, dismissed Shubman Gill for a duck.

Gill shouldered arms to a delivery that came in and was rapped on the front pad, to give England a great start.

The hosts also recalled Mohammed Siraj and Kuldeep Yadav while pacer Jasprit Bumrah was rested and Shahbaz Nadeem and Washington Sundar left out.