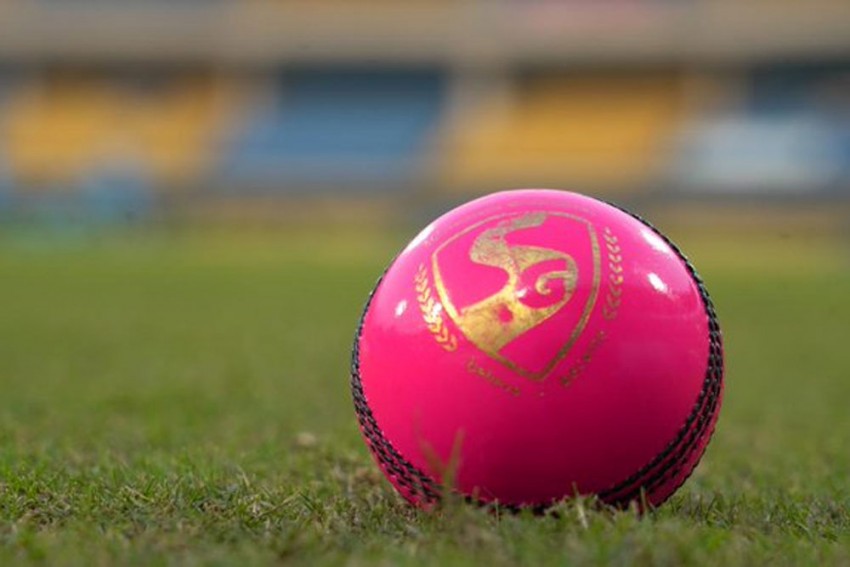 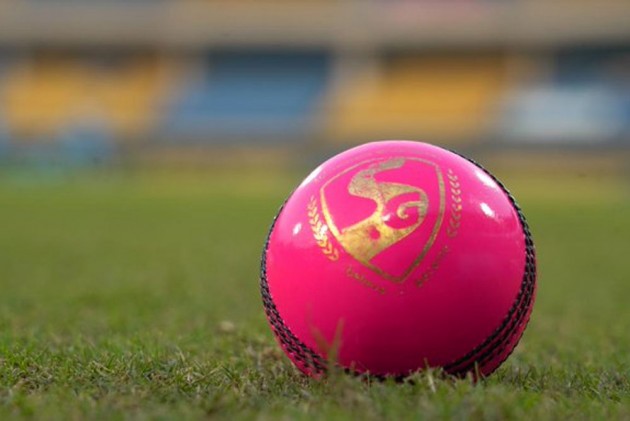 Ganguly was seen posing with the match ticket and the mascots at the Eden Gardens, making it a big hit among kids ahead of the historic Test against Bangladesh.

A giant pink balloon was also released at the Eden Gardens and it will be seen floating in the sky till the end of the historic India-Bangladesh Test.

A ferry with pink ball illumination was also seen plying on the Hooghly and it will keep making trips between the iconic Howrah Bridge and Vidyasagar Setu every evening till the match day on November 22.

The Tata Steel building will have 3D Mapping from November 20, while the Measurers' Club has already turned pink at night and others are set to do the same.

Besides this, a dozen billboards across the city, six LED boards and branded buses will also be seen from Monday onwards to further increase awareness and interest about the Test that has already got a mindboggling response, a Cricket Association of Bengal (CAB) statement said.

CAB has joined hands with Kolkata-based creative agency Creocraft to create vignettes of cricket on the inside walls of the Eden Gardens, which will say the story behind every cricketer.

Over 20 artists studying at Indian Art College are working day and night to paint this idea on the walls.

With the two teams arriving here in the next 48 hours, all roads in the 'City of Joy' lead to the Eden.

The historic match will kickstart with Army paratroopers flying into the Eden Gardens to hand over a pink ball each to the two captains just before the toss.

This will be followed by the ringing of the customary Eden Bell by Bangladesh Prime Minister Sheikh Hasina and West Bengal chief minister Mamata Banerjee.

Then at the 20-minute tea break, former captains and the galaxy of sport stars from other disciplines will be taken out on carts making a round of the ground along the boundary lines.

During the 40-minute supper break, CAB has organised a talk show featuring the 'Fabulous Five' of Sourav Ganguly, Sachin Tendulkar, Rahul Dravid, Anil Kumble and VVS Laxman who will walk down the memory lane, delving on the epic 2001 Test win against Australia here.

Specially designed mementos will be given to the dignitaries while they will also make round of the stadium aboard golf carts, CAB secretary Avishek Dalmiya said.

The CAB will also felicitate the team members of Bangladesh-India first ever Test in 2000, a game where Ganguly made his debut as Test captain.