During Day 1's play of India's first-ever Day-Night Test at Eden Gardens, rivals Bangladesh became the first team to use two concussion substitutes after Liton Das and Nayeem Hasan were replaced after being hit by Mohammed Shami bouncers 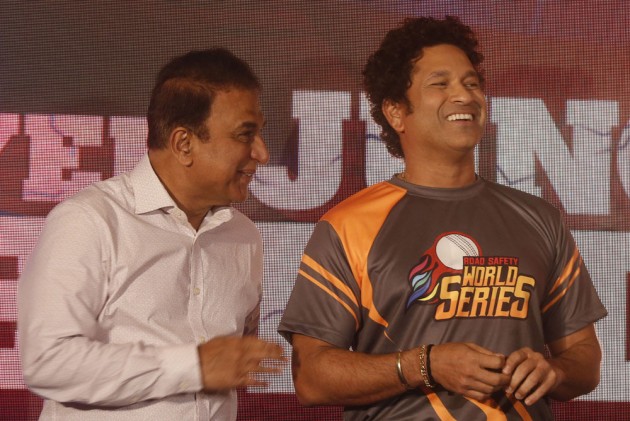 Sunil Gavaskar, who once took on the might of West Indies pace battery with minimum protection, made an outrageous comment on the concussion substitution rule after Bangladesh made two replacements on Day 1 of the historic Day-Night Test at Eden Gardens, Kolkata.

Bangladesh became the first team to use two concussion substitutes in a Test match after Liton Das and Nayeem Hasan were replaced on Friday. Both the players were hit by Mohammed Shami bouncers.

The turn of events left former India opener angry and questioned the rule. Gavaskar said cricketers should look for another sport if they can't play the short ball. He was involved in a deep discussion with fellow commentators Sanjay Manajrekar and Harsha Bhogle.

Gavaskar is a disgrace! Just shut him out. No one cares what he says

Gavaskar had always been cheap.
He has no self respect, no education and absolutely devoid of good sense.
He is a disgrace for cricket and India.
Just kick him out!
Look at him - an old haggard and a clownðÂÂÂÂ¤ÂÂÂÂ

Add Gavaskar-Manjrekar discussion on Concussion Substitutes. While one is Questioning the need of substitute instead of the rules, the other is drawing a comparison between a head injury & hand injury

Seriously, first day of this historic test is much better without this crap!

Sunil gavaskar is pissed off n is vociferous against concussion substitute(Cs).why?why is he vocal bout it now 4 months after it came into effect! Becoz mehidy who came in for liton Das took d catch of his fav Rohit.y was he mum during WI series wen Bravo took a CsðÂÂÂÂ¤ÂÂÂÂ.#INDvBAN

Very unfortunate that someone like Sunil Gavaskar chose to compare a hand or leg fracture with concussion. Wonder if this is the cost we have to pay to get a Day/Night Test in India. Even earlier in the day there were some amateur commentary on-air about concussion. #INDvBAN #WTC

I think we should have Arnab with Manjrekar and Gavaskar on a live tv show to discuss on concussion sub. #PinkBallTest

Sitting next to sanju, gavaskar has started making no sense. Don't think he even understands the seriousness of concussion. What part of like for like replacement is he unable to grasp is beyond me

D incident of Philip Hughes getting a blow on his head and later succumbing to d injury is still fresh and gavaskar says he is against concussion substitute. Outdated personality and puerile opinions!!! Highly Undeserving of the legend tag n also commentary job!! #INDvBAN

Has Gavaskar not heard of CTE and the lawsuits the NFL are dealing with. Crazy comparing an arm injury to concussion and then stating if you can’t play short ball don’t play #INDvBAN

India dismissed Bangladesh for 106 runs, and in reply, lost both the openers -- Mayank Agarwal and Rohit Sharma -- cheaply. Cheteshwar Pujara and Virat Kohli have steadied the innings with half-century stand.