Visibility of the heavily-lacquered pink ball, especially during the twilight period, has been a talking point ahead of the country's first Day-Night Test between India and Bangladesh 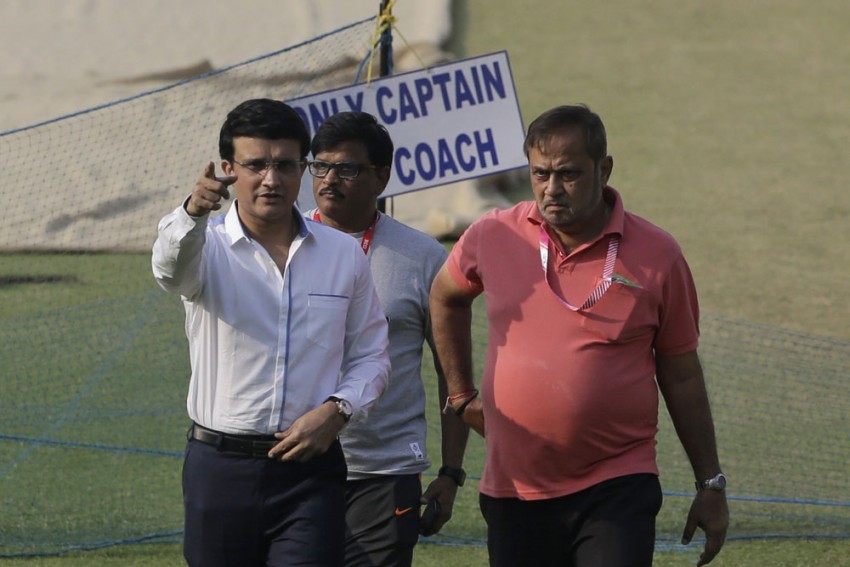 Indian cricket board president Sourav Ganguly, left, inspects the ground with other officials ahead of India's second cricket test match against Bangladesh, in Kolkata, India, Wednesday, Nov. 20, 2019. The second and final game in the series is scheduled to be played in Kolkata starting on Nov. 22 and is expected to be a first day-night test for both sides, with a pink ball rather than a red one being used.
AP Photo
IANS 2019-11-23T17:23:35+05:30 IND Vs BAN, Day-Night Test: BCCI President Sourav Ganguly Gives His Verdict On Pink Ball 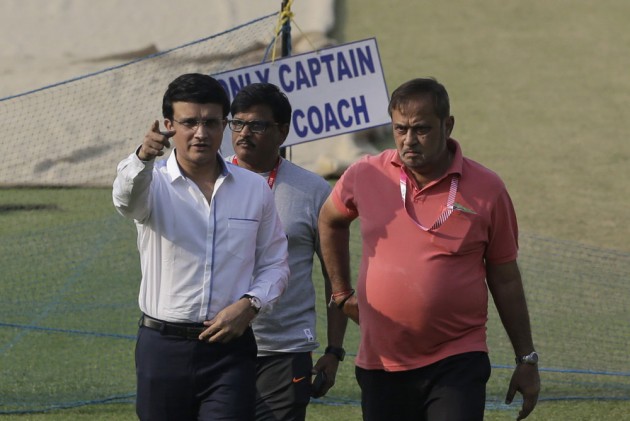 Visibility of the heavily-lacquered ball especially during the twilight period has been a talking point ahead of the country's first Day-Night Test.

Kohli, who slammed his 27th Test ton on Day 2 and was dismissed for 136, batted throughout the "twilight zone" on the first day without facing any difficulty although against a weak Bangladesh bowling attack.

Asked how the Indian captain aced the pink ball challenge, Ganguly said: "He is a run machine."

On the visibility, he said: "It's actually easier than the red ball."

Ganguly thanked Bangladesh Prime Minister Sheikh Hasina for her presence on Friday, and promised to be present at the two T20Is between Asian all-star XI and World XI next year to celebrate the 100th birth anniversary of the Father of the Nation Bangabandhu Sheikh Mujibur Rahman.

"I will go. I know you have gala plans for the event," he said.

Ganguly, who was the man behind India agreeing to play a pink ball test after initial resistance, said the success of the first day lay in the fact that 60,000 spectators watched the action.

"So many watched the match that is most important. I was not under any tension but I was busy."

Bangladesh were shot out for 106 in their first innings in a sorry display of batting. Ganguly said they don't have key players. Bangladesh are without regular captain Shakib Al Hasan and experienced opener Tamim Iqbal.

Ganguly remained non-committal on whether India will play a pink-ball Test in Australia next year.