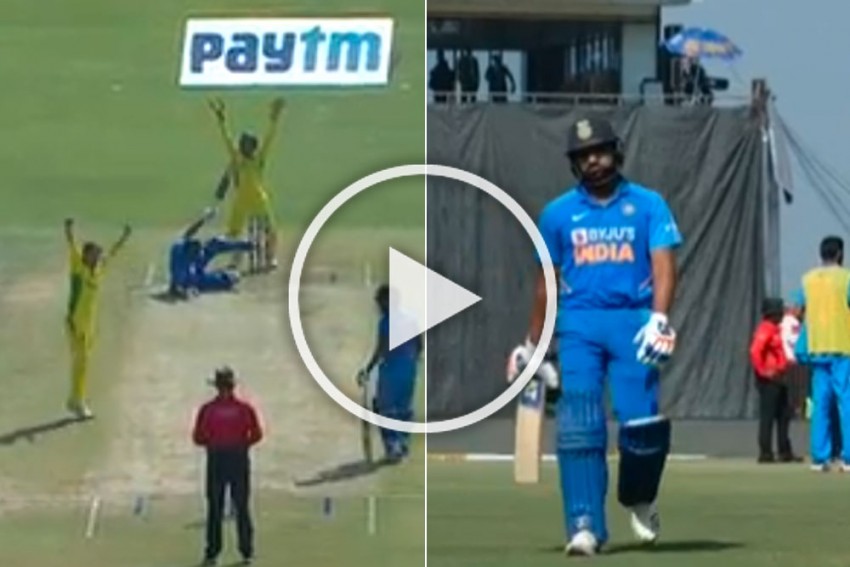 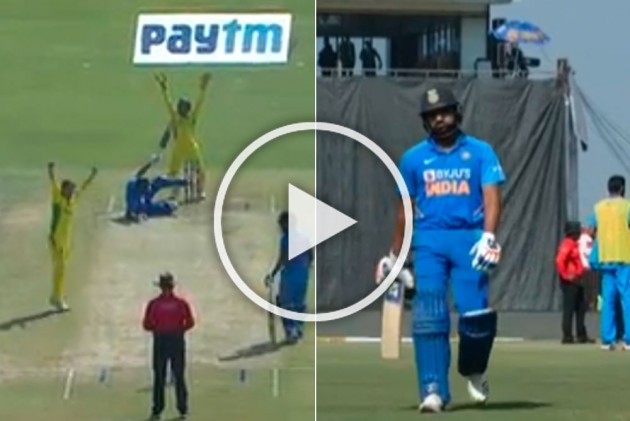 Opener Rohit Sharma played a fluent knock to score 42 off 44 balls on Friday, but failed to become the latest Indian to join the 9k club in ODI for even as the hosts looked to set winning total against Australia at Rajkot.

Rohit, 32, who entered the match on 8,954 runs got out, trapped in front by Adam Zampa in the 14th over. Rohit did take the review, but there was no escaping the straighter from Zampa.

Rohit, who took a tumble while attempting to play a sweep shot, thought the ball was going down leg. Watch the dismissal here:

But Rohit managed to break Hashim Amla's world record by becoming the fastest opener to reach the 7000 runs.  He took 137 innings while the former South African opener reached the mark in 147 innings. Tendulkar (160), Sri Lanka's Tilakaratne Dilshan (165) and Ganguly (168) complete the top-five.

On the eve of the match, Rohit was named as the ICC's '2019 ODI Cricketer of the Year' for his incredible run of form.

India lost the first match at Mumbai, and must win the Rajkot encounter to keep the three-match ODI series alive.