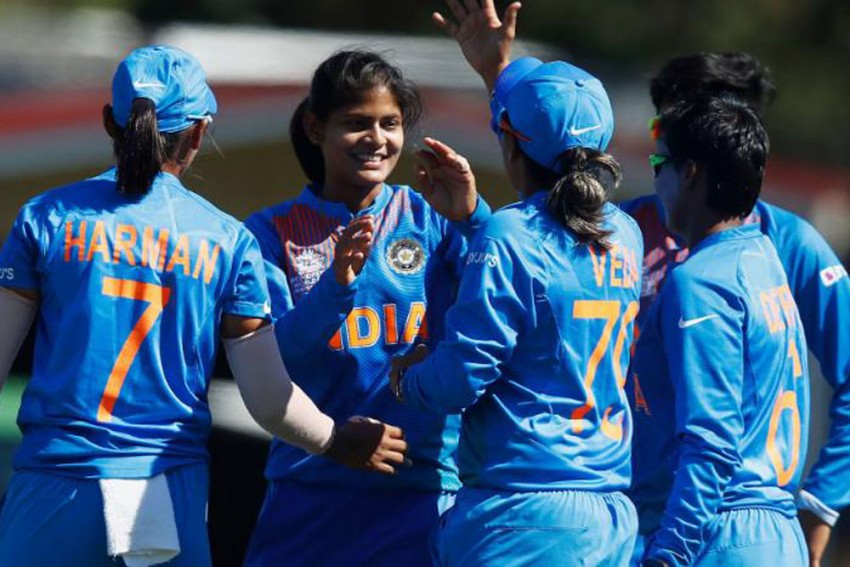 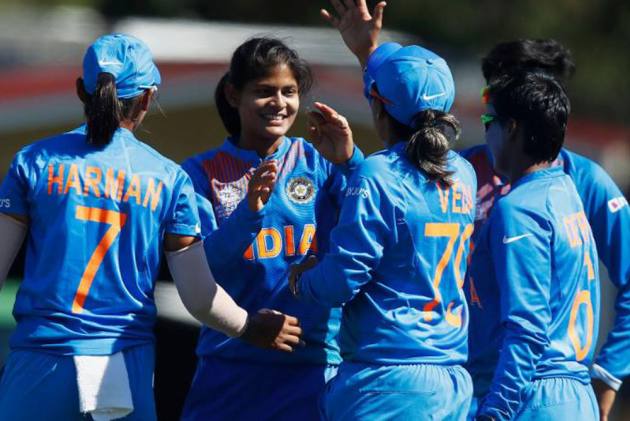 Shafali Verma and Radha Yadav shone as semi-finalists India made it four from four at the ICC Women’s T20 World Cup 2020 with a comfortable victory over Sri Lanka.

Yadav was the latest Indian spinner to shine as her four-wicket haul proved pivotal in restricting Sri Lanka to 113 for nine in Melbourne while Verma’s knock of 47 put them in cruise control in the chase.

They eventually hit the target with 32 balls to spare, bringing up India’s fourth successive victory in the tournament.

The win means India, who had already qualified for the semi-finals, will top the Group A table with eight points while Sri Lanka will aim to clinch their first win against Bangladesh on Monday. 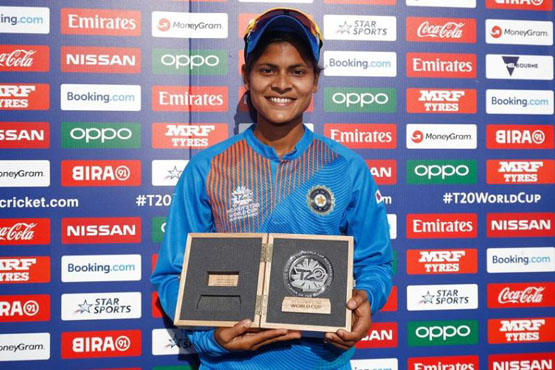 Deepti Sharma got India going by removing Umesha Thimeshani for two when Rajeshwari Gayakwad caught her slice at point. Gayakwad was the architect of the next to fall, bowling Harshitha Madhavi to leave Chamari Athapaththu holding the fort in the eighth over.

The Sri Lanka captain is no stranger to coping with pressure but this time the skipper holed out to Shikha Pandey when she ambitiously went for her second six off Yadav in two balls.

From there Sri Lanka struggled to regain momentum as Hasini Perera was caught behind by Taniya Bhatia for seven off Yadav.

It didn’t take Yadav long to stake her claim as India’s spinner of the afternoon, but she had to thank Veda Krishnamurthy for her third wicket as she kept her balance to catch Hansima Karunaratne at the long-on boundary.

The wickets kept on falling in the middle overs and Gayakwad took her second when Krishnamurthy was again alert at long-on to catch Shashikala Siriwardena for 13.

Yadav finished her spell with four for 23 after trapping Anushka Sanjeewani lbw in the 16th over but a late cameos from Kavisha Dilhari (25 not out) helped lift Sri Lanka to 113.

Verma set the tone for India’s successful chase by belting a boundary off the first ball but was lucky she lasted beyond the second over when Dilhari spilled the catch at extra cover.

It proved costly as the 16-year-old sensation produced yet another impressive opening display, hitting five boundaries and a six in the Powerplay to take India to 49 for one.

Dilhari made up for dropping Verma by catching her opening partner Smriti Mandhana at mid-on off Udeshika Prabodani for 16.

It was a brighter outing for Harmanpreet Kaur, the India skipper hitting two fours and a six in the eighth over to reach double figures for the first time in the tournament, but was halted at 15 when Karunaratne caught her off Siriwardena.

Verma led the charge and sent the India fans in Melbourne wild when she crashed one to the boundary through square leg from behind the stumps.

But she fell three short of her maiden World Cup half-century when she was run out by Dilhari.

With Verma having laid the foundations, Sharma and Jemimah Rodrigues, both 15 not out, had no trouble polishing off the win with 32 balls to spare.