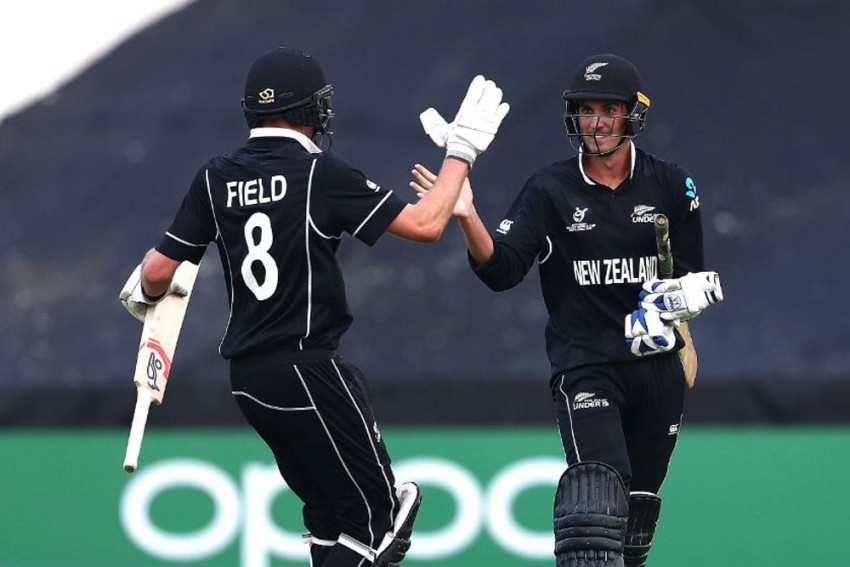 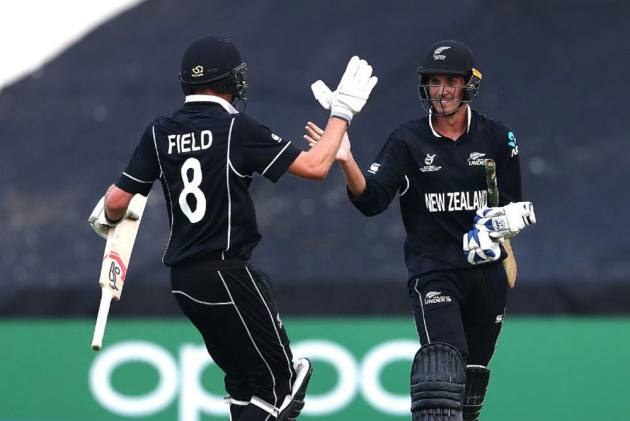 Kristian Clarke came up with an all-round performance to help New Zealand beat West Indies by two wickets in a low-scoring affair and enter the semifinals of the ICC U-19 World Cup at Benoni on Wednesday. (More Cricket News)

Clarke (4/25) first shone with the ball to restrict West India to 238 and then made an unbeaten 46 off 42 balls to take New Zealand home in the company of Joey Field, who was not out on 38.

Batting first, West Indies were bowled out in 47.5 overs with Kirk McKenzie top-scoring with a 104-ball 99.

Besides McKenzie, Kevlon Anderson (33) and Antonio Morris (31) also made useful contributions with the bat.

Chasing the modest total, New Zealand lost wickets at regular intervals to find themselves in a spot of bother at 153 for 8 in 34.5 overs.

But Clarke and Field had other plans as they duo joined hands and shared unbeaten 86 runs for the ninth wicket to take New Zealand home, finishing at 239 for 8 in 49.4 overs.