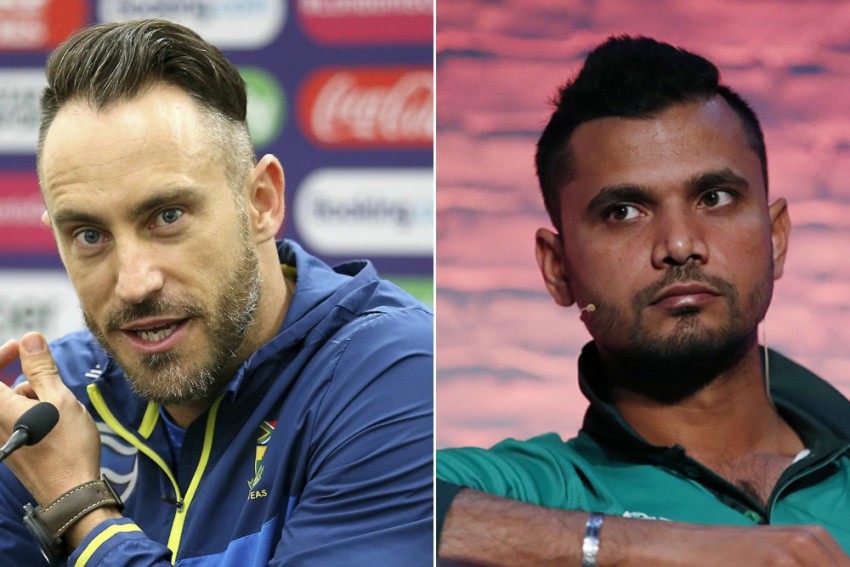 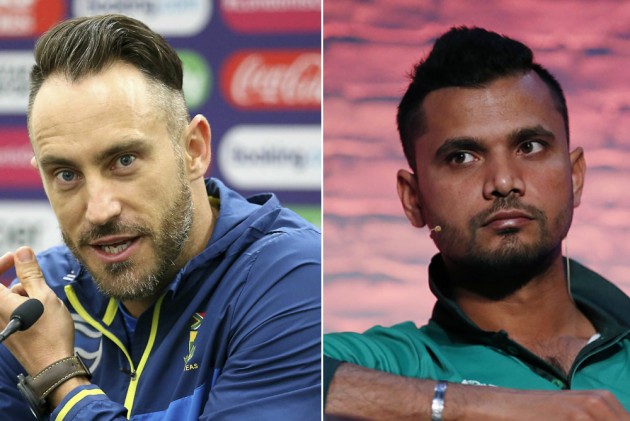 South Africa captain Faf du Plessis has challenged his side to make amends for the painful start to their ICC Cricket World Cup 2019 campaign as they aim to bounce back against Bangladesh in the fifth match of the ongoing tournament on Sunday.

The Proteas suffered a 104-run thrashing against hosts England in the tournament's opening match on Thursday.

South Africa restricted England to manageable 311 for 8 on a tricky pitch at the Oval but, tormented by Jofra Archer's pace and bounce, their run chase never got going.

Dismissed for 207 by England, South Africa's bid to win the World Cup for the first time is off to the worst possible start.

But they have a chance to get back on track when they return to the Oval to face Bangladesh and Du Plessis says now is not the time to panic.

The lengthy nature of the 10-team group stage, in which each country plays nine matches and the top four make the semi-finals, gives South Africa time to recover, a point Du Plessis was keen to emphasise to his players.

"This is where it's important for us to make sure that you look at the World Cup for what it is. You know, you're going to play games. You're going to come up against quality opposition," Du Plessis said.

"England were better than us in all three facets of the game. They showed why they are such a good cricket team, and now we have to look at the league. It's a league competition.

"For me, it's about making sure we look at the areas that we got it wrong and just move on." South Africa's disciplined bowling against England gives Du Plessis reason to believe they still have plenty to offer.

Lungi Ngidi was their leading wicket-taker with three in his 10 overs, including the prize scalp of the destructive Jos Buttler.

Fellow pace bowler Kagiso Rabada also offered a glimpse of his talent with two wickets and Du Plessis expects them to put Bangladesh under pressure.

"Lungi, he's got a beautiful action. The way he came back (from a slow start) was beautiful. You know, to get Jos Buttler out, he's probably one of the best strikers in the world," he said.

"So to get him out with good thinking, good tactics. Lungi, Kagi, those guys are going to play a role when it comes to close games at the death as the tournament moves on." Bangladesh will be playing their first match of the World Cup as they look to better their run to the quarter-finals in the 2015 edition.

Mashrafe Mortaza hopes to be fit to captain the team despite suffering a hamstring strain while bowling during their warm-up match against India on Tuesday "A lot of times in such cases I face trouble bowling the first one or two overs. Once I get through that, I don't face any more problems," he told Dhaka-based bdnews24.

"But I pulled a hamstring during the sixth over," he added. "I could have stopped after four or five overs but Rohit (Sharma) and (Virat) Kohli were looking to score runs quickly during that period. I felt that I needed to practise bowling in such a situation." Tamim Iqbal did not play against India due to a thigh strain, but the opener is expected to be fit to face South Africa.