ICC Cricket World Cup 2019: Martin Guptill Opens Up About THAT Controversial Run Out Of MS Dhoni

MS Dhoni's run out during the first semi-final of the ICC Cricket World Cup 2019 became one of the biggest talking points after fans shared video proof, claiming that the legendary cricketer was run-out on a no-ball 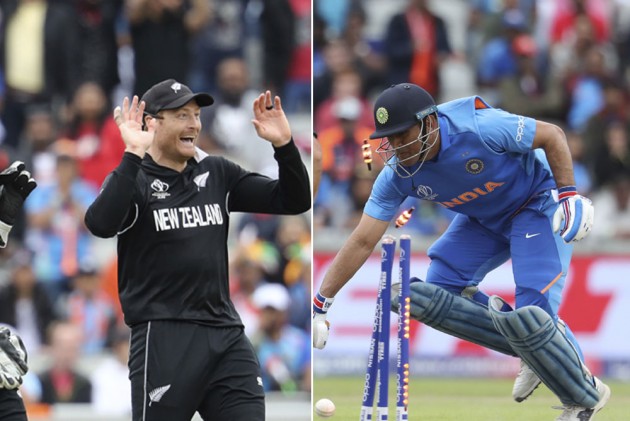 New Zealand opener Martin Guptill said that his game-changing run out of MS Dhoni during their 18-run ICC Cricket World Cup 2019 semi-final victory over India was a "lucky" one.

In the penultimate over of the match, Dhoni found himself short while going for a second run. And breaking Indian hearts was Guptill, who hit the target from short fine-leg. It effectively ended India's campaign.

But it became one of the biggest talking points after fans shared video proof, claiming that the legendary cricketer was run-out on a no-ball.

"I didn't think the ball was coming to me, but yeah I tried and got there as quickly as I could. Lucky enough to get a direct hit from there and lucky for us as well," Guptill was quoted as saying by the International Cricket Council (ICC) on its Twitter handle.

In the first semi-final which was played over two days due to rain in Manchester, India restricted the Black Caps to 239/8 in 50 overs. But chasing the modest 240 for a place in the final, India were blown away by the Kiwi bowlers led by Matt Henry (3/37) on the reserve day.

India lost four top-order batsmen for just 24 runs inside 10 overs before Ravindra Jadeja (77) and Dhoni (50) shared a 116-run seventh wicket stand to raise hopes of an unlikely victory. However, it wasn't enough in the end as India fell short by 18 runs.

After Jadeja got out, Dhoni was looking to change gears but in the 49th over, Guptill effected a brilliant direct hit to run former India captain out and dash India's slim hopes.

New Zealand, who reached their second consecutive final, will take on hosts England in the summit clash at Lords's on Sunday.

Meanwhile, ICC's Twitter post saying "Hasta la vista (goodbye in Spanish), Dhoni" after the iconic stumper batsman got out did not go down well with the Indian fans who slammed the apex cricket body on social media.