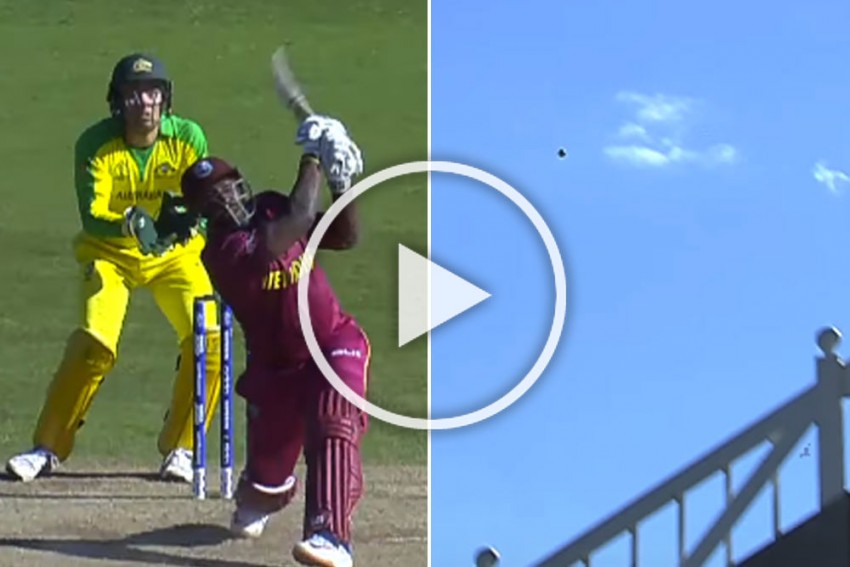 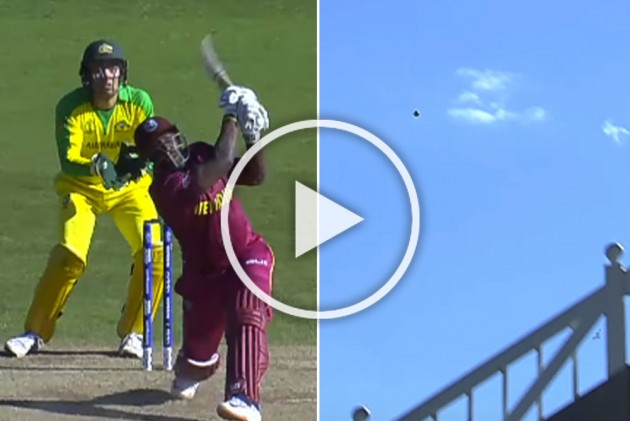 Russell failed to convert his good start, only managing 15 off 10 balls with the help of two fours and that six. Mitchell Starc, who took a five-wicket haul, claimed his wicket in the 39th over when the match was within Windies' grasp. Russell holed out at backward point, with Glenn Maxwell taking a very good catch.

Windies eventually lost the match by 15 runs, thus giving the defending champions Australia their second win in two matches. And fans around the world picked Russell as the main reason for Windies' defeat.

They blame him for going for the glory shots, like he did during the Indian Premier League, where he was adjudged the most valuable player.

#AndreRussell needed to think tht this z not #ipl whr he will go jst bang bang bang..needed to hv a calm head agnst #Starc and elxplode on othr bwlrs..
bt alas..tht ws nolt supposed to be
nd it didnt hppn.@CricketAus didnt won it..
its @windiescricket 's game to lose..#WIvAUS

I could strangle Andre Russell with my bare hands I’m so cross. He lost the Windies the game. Punch drunk with IPL power he comes in like a one/man selfish show. Yes, Holder had words with him. He didn’t listen. Asshole

I put many tweets out during IPL which praised Andre Russell.

Today I was disappointed that he played for himself and not team. Nobody can hit every ball for six, especially when Starc bowling well.

He needed to get his head down and play ball on merits. #WIvENG #CWC19

@windiescricket has BOTCHED the run chase when it was their game to lose and lose they did. Reckless cricket and approach at key moments in the game.

Andre Russell cost WI match against Australia. He was in form, hitting the ball really well and then with great effort, threw away his wicket to the best bowler in Australian line up.#AUSvWI

Andre Russell throwing his wicket away was the turning point.

He single-handed could've taken #WI close to the target, or over it, had he toned his aggression down and waited for the bad balls. #AUSvWI

Cue in the rack stuff from the Windies at the end there. Should have won that game. Andre Russell needs a kick in the arse #AUSvWI #CWC19

Sent into bat, Australia recovered from 38 for 4 to post a competitive 288 all out in 49 overs with Nathan Coulter-Nile (92 from 60 balls) and Steve Smith (73 from 103 balls) playing contrasting but equally important knocks.

Chasing 289 for a win, Windies were in the hunt for most part of their innings but they crumbled towards the end to score 273 for 9 from 50 overs.

Starc turned the match on its head by claiming three wickets in two overs in the dead after dismissing dangerous batsmen Chris Gayle (21) and Russell earlier.

West Indies needed 38 from the last five with four wickets in hand but Starc removed Carlos Brathwaite (16) and captain Jason Holder (51) in the space of four balls in the 46th over before returning to dismiss Sheldon Cottrell (1) in the 48th to grab his fifth wicket and end the Caribbean side's run chase.

Australia thus notched up their second win in the tournament after defeating Afghanistan in their first match, while the West Indies suffered their first loss after their triumph against Pakistan.