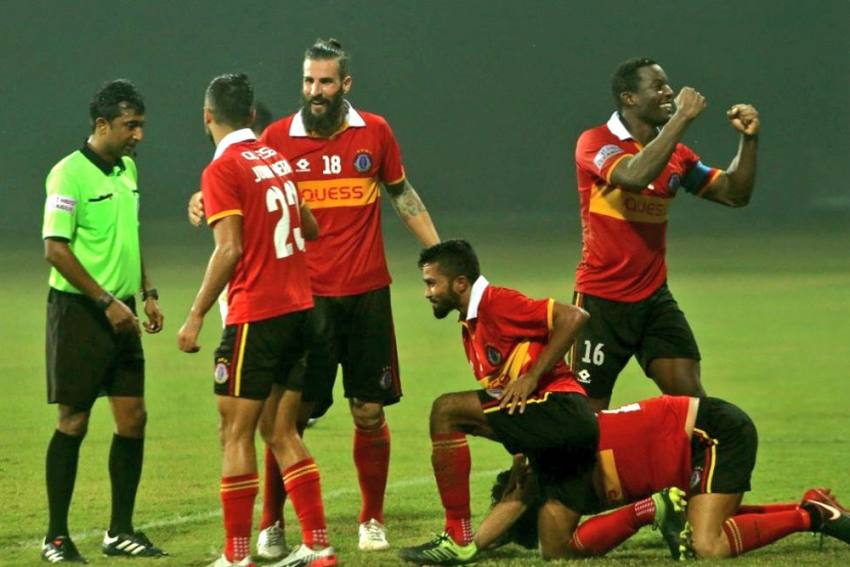 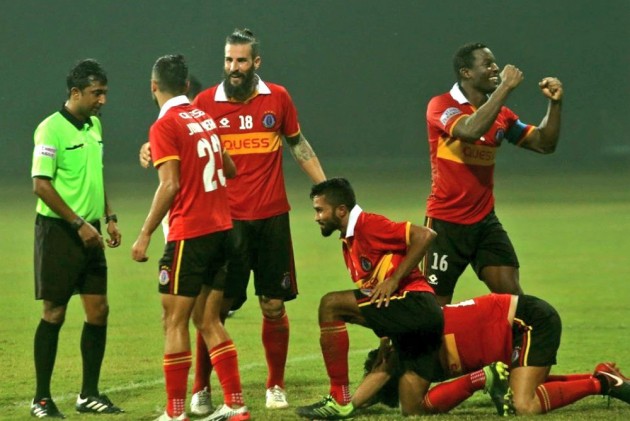 Crespi then netted the winner in the 89th minute to seal full points for the hosts.

East Bengal had thrashed Neroca FC 4-1 in their last match. The red and golds missed star midfielder Jaime Santos who was suspended and replaced by Ronaldo Oliveira in the starting XI.

TRAU, on the other hand, were humbled by Mohun Bagan 0-4 in their last outing. East Bengal's Samad Ali Mallick came close to breaking the deadlock in the eighth minute but his shot from a distance found the crossbar and went out.

Jimenez then broke the deadlock in the 17th minute from Samad Ali's cross. At the stroke of halftime, the visitors restored parity.

TRAU tried to protect their lead in the second period before Menendez made a double substitution by introducing Abhijeet Sarkar and Bidyasagar in place of Pintu Mahata and Ronaldo Oliveira to change the course of the tie.

Against the run of play, Crespi scored the winner from Marcos Jimenez's pass.

East Bengal moved to the top of the league table with eight points from four matches while TRAU remained at the bottom in the standings.