Home  »  Website  »  Sports  »  I Knew I Will Get A Medal At World Boxing Championships: Manish Kaushik

I Knew I Will Get A Medal At World Boxing Championships: Manish Kaushik

Manish Kaushik, who hails from Devsar village which is about 5km from the cradle of Indian boxing - Bhiwani, signed off with a bronze on Friday in Ekaterinburg after losing 0-5 to top-seeded Cuban Andy Gomez Cruz. 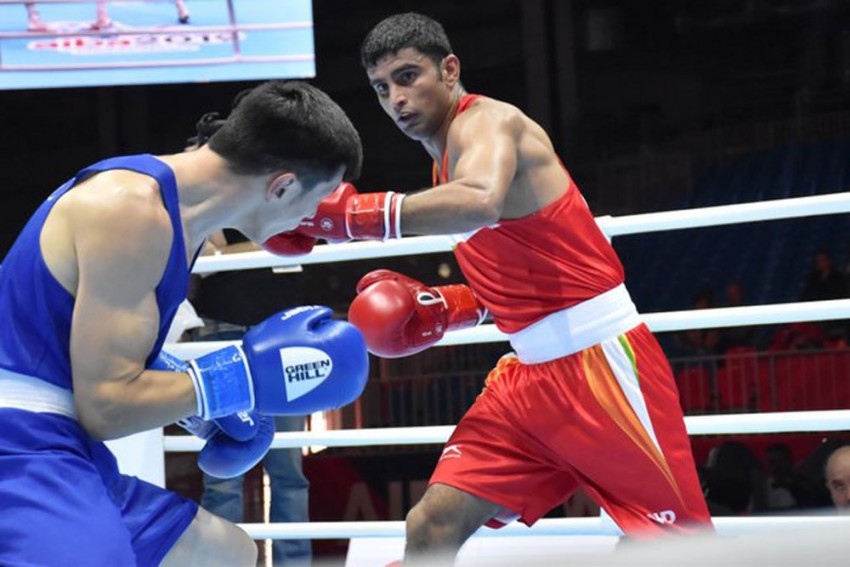 Despite his debutant status in Ekaterinburg, Manish Kaushik wasn't exactly a rookie, he is a silver-winner from last year's Commonwealth Games.
Twitter
PTI September 20, 2019 00:00 IST I Knew I Will Get A Medal At World Boxing Championships: Manish Kaushik 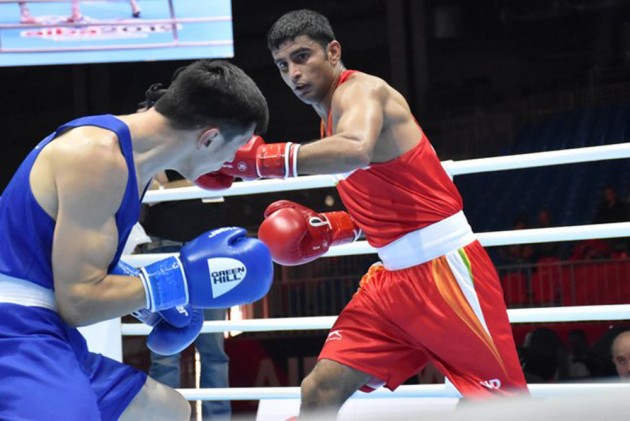 A medallist on debut at amateur boxing's biggest stage, world championship bronze-winner Manish Kaushik (63kg) says he was sure of finishing on the podium in Russia, the day he triumphed in the selection trials.

The 25-year-old, who hails from Devsar village which is about 5km from the cradle of Indian boxing -- Bhiwani, signed off with a bronze on Friday in Ekaterinburg after losing 0-5 to top-seeded Cuban Andy Gomez Cruz.

"My draw was tough and before that I had a tough trial bout against Shiva (Thapa). Once I beat him, I got the confidence that I would win a world medal," Kaushik told PTI in an interview, referring to his long-standing home rivalry with Thapa, a three-time Asian medallist and a 2015 world bronze-winner.

The disappointment of the semifinal loss apart, Kaushik can take heart from a stellar run at the big event. Among the opponents he took down en route the semifinals was Mongolia's fourth-seeded Baatarsukhiin Chinzorig, an Asian Games silver-medallist and a two-time Asian Championships medal-winner.

But despite his debutant status in Ekaterinburg, Kaushik wasn't exactly a rookie, he is a silver-winner from last year's Commonwealth Games.

His initiation to the sport coincided with boxing's phenomenal rise in India after Vijender Singh, one of Bhiwani's most famous son, became the country's first Olympic medallist in the sport with a bronze in the 2008 Beijing Games.

"At that time, boxing became the in thing in Haryana because of Vijender. I used to watch boxers train in my village Devsar, which is about 5km from Bhiwani. I found it attractive and decided to take it up as a career," recalled the strapping youngster, who is a Subedar in the Indian Army.

Son of a farmer, Kaushik said sports was never a passionate career goal for him and neither did he has any athlete in the family to feel inspired from.

"It's not that I wanted to be a sportsperson but once I started watching boxing, I liked it and decided to pursue it," was his simple response to a question on what drove him to the sport.

And how did his family respond to the choice?

"They used to get a bit upset when they saw marks and cuts after bouts but then they made peace with it. They understood that I like what I do and became supportive. I am glad I could make them proud," said the soft-spoken boxer.

"I went on to become the sub-junior national champion and came into the senior camp in 2016 after I defeated Shiva in the senior national finals. That's when it became very serious and big for me," he remembered.

Ever since that intense final, in which blood also spilled, Kaushik and Thapa have been locked in a battle of supremacy.

Kaushik beat Thapa for a place in the CWG squad while the latter snatched the Asian Games place from him last year.

And this year, Kaushik had the upper hand in the trials for the world championship.

"When you beat the best in your country, it obviously makes you feel more confident about yourself. I can feel that I am getting there (top form) even though I would always look to better myself," Kaushik said.

Speaking of getting better, coming up for him is the Olympic Qualifiers in February next year in China. The medal in Ekaterinburg has sealed his spot in the Indian team and Kaushik said he couldn't have been more relieved.

"Now that I am assured of a place in the Olympic Qualifiers, I feel there is less pressure on me," he said.

"I can prepare myself more confidently as I know that I don't have to give trials. It would help me be at my best in the qualifiers and hopefully clinch a spot for Tokyo," he added.