Postponing his visit to washroom during a break in play, attentive cameraman Taqi Raza instead followed Virat Kohli during an India-Australia World Cup game last year 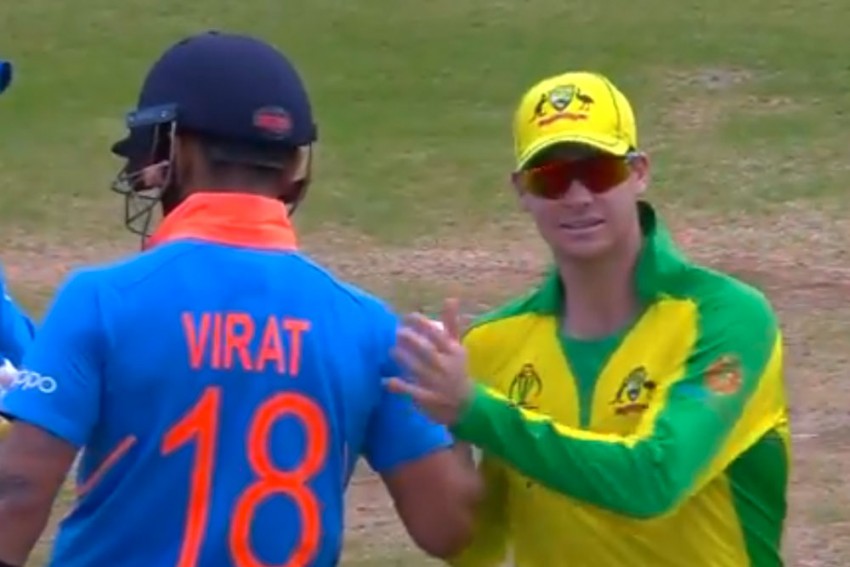 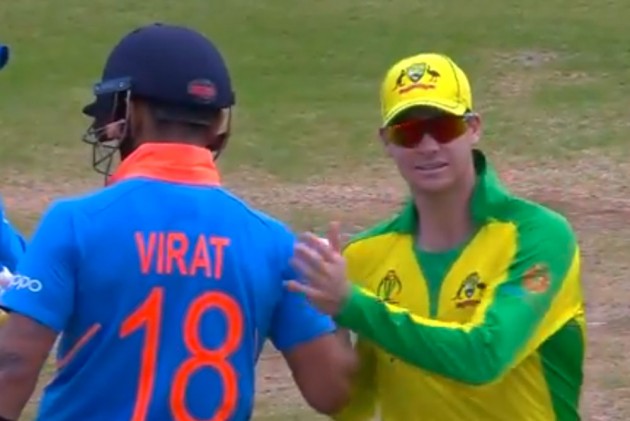 Millions of Virat Kohli’s fans might have missed watching his wonderful gesture towards Australia captain Steve Smith during the last year’s World Cup that won him the prestigious ICC Spirit of Cricket award, if veteran cameraman Taqi Raza had opted to go to the washroom. But the attentive Indian cameraman didn't budge from his position during a break in that match to capture the moment that won the India captain the award, announced on January 15. (More Cricket News)

Raza, a spin-vision slow-motion camera expert, grabbed that touching moment during the break in a league match at The Oval, London, on June 9. For some time the attentive cameraman from New Delhi was quietly noticing something unusual in Kohli’s stay at the crease. “Kohli is usually totally focussed while batting; but that day he was repeatedly looking over his left. I initially thought a family member or a friend or a VIP might be sitting over there and that’s why that distraction,” Raza told Outlook from Dhaka, where he is covering the Bangladesh Premier League.

“Then, there was a break after Hardik Pandya got out. Now, breaks in play are the only time cameramen and other members of the crew go to the washroom or relax a bit or drink/eat something. I too was in dire need to go to the washroom. But since I had been observing Kohli’s distraction for some time I didn't go, and instead followed him with my camera as he walked to the area where the spectators were booing Smith,” Raza disclosed.

“Kohli asked the spectators to stop booing Smith, but applaud him, gesturing with his hands. I recorded the entire episode. So, not going to the washroom was a small sacrifice for capturing what turned out to be an international award-winning moment. I also recorded the moment when Kohli returned to the crease from the boundary line, and Smith shook hands with him, and thanked him for the gesture. No other cameraman recorded these moments as they were probably taking a break. I am happy that the ICC Spirit of Cricket award came to India, and that I helped fans watch some good visuals,” he said. The icing on the cake was India’s 36-run win, in which Kohli hammered a fine 77-ball 82.

This particular episode, recorded by Raza, was one of the most-watched moments of the World Cup, which was won by England, who beat New Zealand by the skin of the teeth in the final at Lord’s, London.

The Indian fans sitting behind Smith were calling him “cheater, cheater” for his role as Australia captain in the ball-tampering scandal in a Test against South Africa earlier. Smith was banned for one year. He was also booed during Australia’s warm-up game before the World Cup had started.

Kohli expressed surprise at winning the ICC Spirit of Cricket award. “I’m surprised that I have got it, after many years of being under the scanner for the wrong things,” he said, referring to being fined 50 percent of his match fee for making an obscene gesture to fans in the second Test against Australia in Sydney in 2012.

The India captain seems to have matured since. “It is part of the camaraderie that sportsmen must have with each other. That moment was [about] purely understanding an individual’s situation. I don’t think a guy who is coming out of a situation like that [the ban] needs to be taken advantage of. You can sledge, can have banter on the field, you say things to the opposition in wanting to beat them. But booing someone is not in the spirit of any sport, I don’t endorse it,” Kohli said.

Interestingly, Kohli and Smith have an on-field past, particularly involving an incident that happened during the India-Australia Bangalore Test. Smith had tried to consult his dressing room before taking a DRS in 2017, and Kohli didn't mince words after that day’s play while expressing his views. “We’ve had issue in the past; we’ve had a few arguments on the field. But you don’t want to see a guy feeling the heat every time he goes got to play. What’s happened had happened. Everyone has known that. He had come back; he has worked hard; and he is playing well for his side now,” Kohli said at the post-match press conference on June 9.

“Just because there were so many Indian fans here [at the Oval], I just didn't want them to set a bad example, to be honest, because he didn't do anything to be booed, in my opinion. He is just playing cricket. He was just standing there. And I felt bad because if I were in a position there and something would have happened with me, and I had apologised, accepted it, and came back, and still I would get booed I wouldn’t like it either. So, I just felt for him and told him ‘sorry for on behalf of the crowd (sic)’ because I have seen in a few earlier games as well. In my opinion that’s not acceptable,” Kohli had said.

Kohli’s gesture was applauded across the cricket world. “There was something special in the first innings. Virat Kohli, captain of India, asking the Indian fans to applaud at Steve Smith (sic). He’s a terrific ambassador to the game and that’s great to see,” said Sourav Ganguly, who was on air at the time.

“Great sportsmanship earlier by Virat Kohli which was appreciated by Steve Smith - telling the Indian fans to stop booing Smith when he was fielding on the boundary,” tweeted senior Pakistan journalist Saj Sadiq.